Thanet Male Voice Choir held its 45th Annual General Meeting last night at St Andrew’s Church Hall in Reading St Broadstairs. A highlight of the evening was when five members of the choir were recognised for an amazing 90 years of combined membership. It’s a great recognition of how belonging to a choir can be such a rewarding experience, on a number of different levels.

The main topic on the agenda was recruitment. Like many other choirs, Thanet Male Voice Choir are always on the lookout for new members, and anyone interested is more than welcome to pop along to one of our rehearsals. They’re held every Tuesday evening at St Andrew’s Church Reading St Broadstairs, starting at 7.30pm. We’re not just looking for guys with previous singing experience, you don’t even need to be able to read music. More information can be obtained by emailing tmvcsocialmedia@gmail.com

The choir is also proud to be able to announce that Brenda Blethyn OBE will continue in her role of Honorary President. Brenda gives the choir great support, even though she has a busy TV schedule. There’s surely not many choirs in the country that can boast having a national treasure such as Brenda being associated with them. 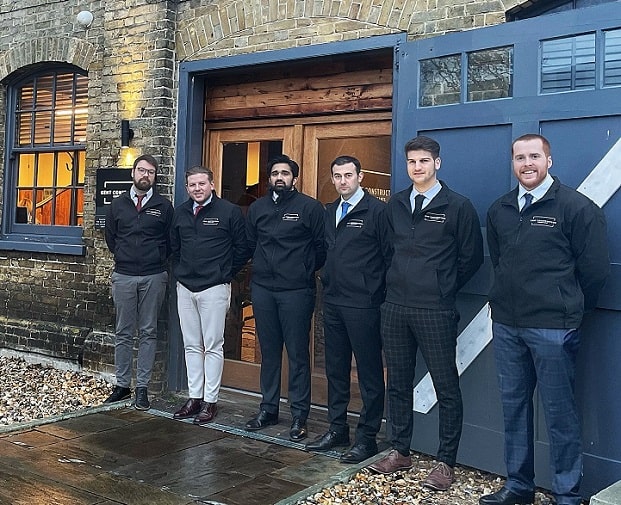 A team of quantity surveyors will be swapping their site wear for sports gear to take part in a fundraising challenge for East Kent Hospitals Charity.

The team from Margate-based Kent Construction Consultants will take part in the 10k Tough Mudder event in Finsbury Park, London, on 1 April.

They are hoping to raise £5,000 for the charity’s Child Health appeal, supporting Rainbow ward at the Queen Elizabeth The Queen Mother Hospital in Margate and Padua at the William Harvey Hospital in Ashford.

Charles Kenward, managing director, said: “Our firm is built on family and we have felt the upset of seeing our own babies, toddlers and children poorly and experiencing the NHS at its best.

“We realised that the children’s wards were much more than a normal NHS ward; they are a foundation built by amazing people who care for our children.

“We want to raise £5,000 to buy new toys and activities to help make a poorly child smile.”

As well as collecting individual donations, the firm is inviting businesses to sponsor the team. So far, Miles and Barr, DDS Group, Common Ground Workshop, On Architecture, Graham Kinnear Property, and County Construction have done so.

She said: “We are so grateful to Kent Construction Consultants for taking on this challenge, and to the firms who are supporting them in raising money for us.

“The money will help our fantastic staff distract children who are undergoing treatment, or entertain those who have to spend time on the ward.It will help bring a smile to our poorly young patients and their loved ones.”

For more information or to make a donation visit https://www.justgiving.com/fundraising/kent-construction-consultants

It’s with sadness that the Margate Charter Trustees learned of the recent death of Mrs Yvonne Durbridge. Yvonne served as Mayoress of Margate to the late Denis Payne who was Mayor of Margate in 1989 and 2004. Yvonne was a stalwart supporter of the Mayoralty of Margate and will be sadly missed. Her funeral will take place at Thanet crematorium of Friday March 11th at 12.15pm. 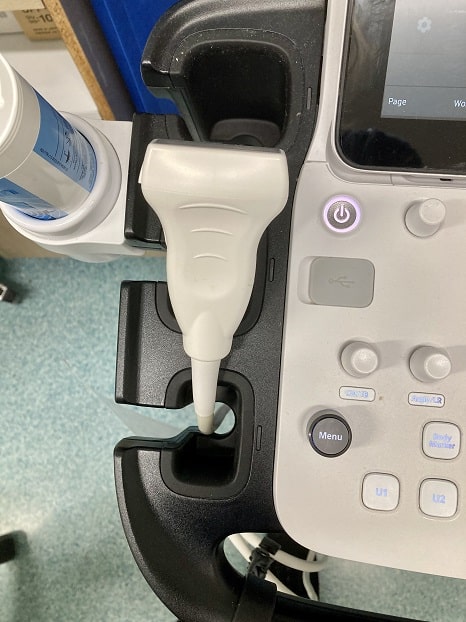 The latest item we’ve been able to fund thanks to our wonderful donors & fundraisers is an advanced vascular probe for the Gynaecology Assessment Unit in Birchington Ward.

Lisa Morgan, Advanced Nurse Practitioner / Sonographer, in expressing her thanks said: “We’re delighted with this piece of equipment which brings many benefits to patients and staff, enabling identification of deeper veins for the taking of blood samples & cannulation. The probe is available for use out-of-hours to reduce the risk of missed doses of essential intravenous medication.

“We’re initially training 5 members of staff, but hope eventually to roll out to all members of staff on Birchington Ward who wish to undertake training in advanced vascular access techniques.”

If you’d like to help us fund items like this, donations can be made or a fundraising page set up at www.justgiving.com/leagueoffriendsofqeqmhospital

Please like/follow us on our Facebook page: QEQM Hospital League of Friends. 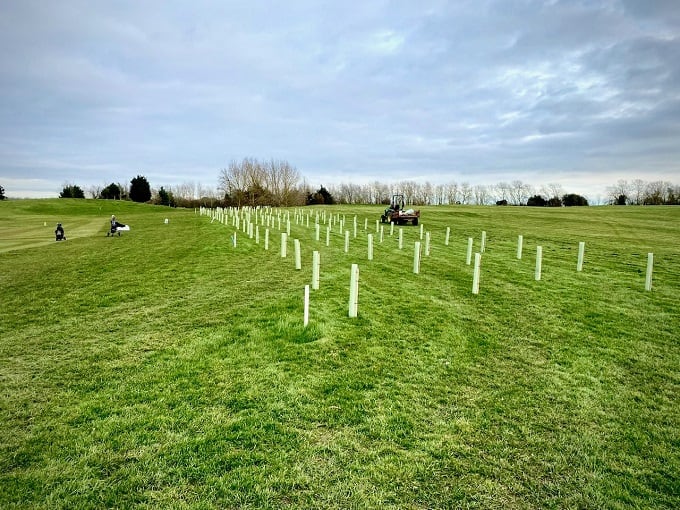 With the support of the Woodland Trust, Stonelees Golf Centre recently planted 1,600 native tree species on the golf course, including oak, rowan, scots pine, silver birch and wild cherry. These, alongside the 3,000 trees that Stonelees has already planted since opening in 1994 demonstrates the Centre’s real commitment to the environment and sustainability,

General manager Suzannah Chapman said: “We don’t just talk about trying to do better, we actually take action to do better continuously, whether that’s bettering at our recycling practice, only using biodegradable take away cups, switching more lights to LED or creating wildflower areas on the course.

“These new trees will not only gain back and protect habitats that have been lost elsewhere in Thanet, they will help create better wildlife corridors around our golfers.” 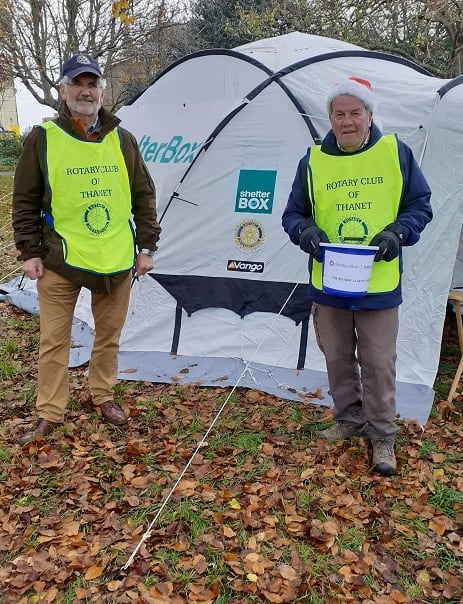 Donations paid in by Thanet Rotary club rule breakers will be devoted to purchasing ShelterBoxes which provide sustainable emergency shelter to desperate families caught up in crises around the world.

It is not ‘Partygate’, but routinely members of Thanet Rotary club make donations when they break the ‘rules’ which surround their weekly meals at North Foreland Golf Club. You know the sort of thing. Departing from the order of business; an overly long speech; turning their back on the President. It’s all fun and nonsense but the donations are used well.

This year, they are being added to over £300 raised on a difficult, wind and rain lashed, day in November so that £590 can be paid over now to purchase a Box, complete with all the tools, emergency lighting and utensils which give families the support they need at a moment of great need.  The club is confident that it can rely on the continuing misbehaviour and acts of individual generosity to fund a further ShelterBox later in the year.

People from all walks of life in Kent are being urged to become magistrates in a £1 million national recruitment drive to increase the number and diversity of those fulfilling this essential role.

With support from magistrates in Kent, a new marketing campaign launched by the Ministry of Justice seeks to boost numbers by 4,000 across the country, with recruits expected to help tackle the backlog of criminal cases caused by the pandemic. It represents the largest recruitment effort in the 650-year history of the magistracy and could increase the workforce by up to a third in the coming years.

The Ministry of Justice is keen to tackle misconceptions about magistrates and increase interest in the role in Kent and beyond. Research shows 23% of people in the South East are interested in becoming a magistrate but this jumps to 41% when they learn more about what is involved.

There are major knowledge gaps when it comes to the role of a magistrate. Research shows that many in the region do not realise it’s a part-time role that can fit round other commitments, with 33% thinking it is full time. 45% are unsure if they are eligible for the role, with 25% believing it requires a degree in law. In fact almost anyone can apply – from ambulance drivers, to mechanics to personal trainers.

The campaign aims to attract people from a wide range of backgrounds – from teachers to bricklayers, to stay-at-home mums, and any individuals who can display reason and sound judgment. It seeks to make the magistracy more representative of the communities it serves and will specifically target younger people – with anyone over 18 encouraged to apply online.

Currently in the South East, just over half of magistrates are women (58%) and the Ministry of Justice is keen to continue to attract, and increase, the numbers of diverse candidates to ensure the magistracy reflects the diversity of the region. The MoJ is also looking to attract a younger wave of volunteers, with less than one in ten magistrates (4.8%) in the South East aged 39 or under.

Each day magistrates across England and Wales make life-changing decisions in cases as varied as fraud and sexual assault. The work is voluntary with individuals expected to dedicate a minimum of 13 days a year service, meaning many magistrates often fulfil this crucial role easily alongside full-time employment and caring responsibilities.

“It is vitally important that Magistrates’ Courts reflect their local communities, and we welcome all who join us in this unique and very rewarding role.”

You can apply to become a magistrate here: icanbeamagistrate.co.uk 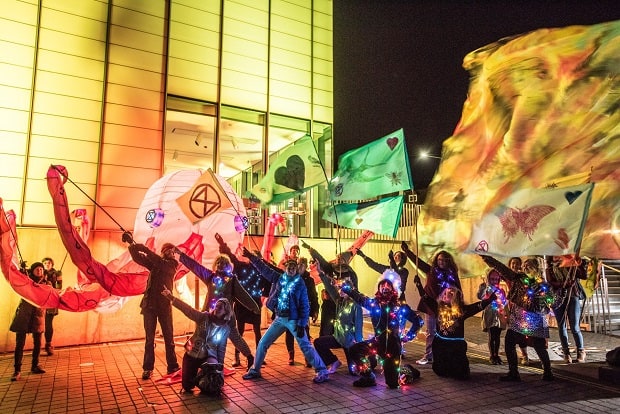 East Kent’s Extinction Rebellion (XR) groups are launching a recruitment drive for activists to join a week-long campaign of civil disobedience in London, starting in Hyde Park on Saturday 9 April.

Each of the three XR groups – Canterbury, Thanet and Whitstable – are holding public meetings to outline the London actions’ aims, and to encourage new and experienced campaigners to get involved.

The campaign follows the failure of November’s COP26 climate summit in Glasgow to agree the CO2 reductions required for a safe future, and the government’s continuing ‘business-as-usual’ policy, even as extreme climate events grow in frequency and intensity.