A combination of new school buildings and, surprisingly, some of the routines introduced due to covid have played a “significant” part in improving Hartsdown Academy, says head teacher Matt Tate.

Last month the Margate school  celebrated receiving a ‘good’ grading from education watchdog Ofsted, reflecting work that has taken place since its last grading of Requires Improvement in October 2020.

Mr Tate, who took the reins in 2016, says the new buildings – which are due to be fully completed this Easter- have meant students can finally learn in a ‘pleasant’ environment.

The second phase involved the demolition of the music block and one storey buildings at the rear to create a Sports Hall block with new changing rooms, an activity studio, music rooms and a classroom providing additional teaching support.

Work began in September 2018 and is now coming to an end after some delays caused by supply chain difficulties.  A further bid for works to electrics at the site is currently in progress.

Hartsdown had originally been earmarked in the Building Schools for the Future programme which began its first phase in 2005. But when the programme was scrapped and replaced with a new scheme in 2012 Hartsdown was not included on the list of schools to benefit from a rebuild despite the buildings poor condition.

Finally, in May 2015, the Minster of State for Schools announced the Government would fund a further £2billion school building programme. Some 277 schools, including Hartsdown, were selected. 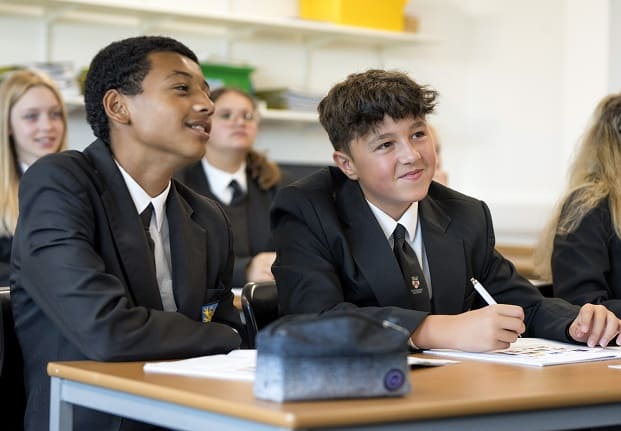 Mr Tate said: “It has made a significant difference. It is a building that is pleasant and fit for purpose, it is spacious and has nice sized classrooms and this helps students to learn and feel that they are being treated well rather than being in an old building that is cold and cramped.

“We have definitely seen a change in behaviour, there has been hardly any issue with graffiti and vandalism since the main building works completed and the children are respectful and behaving well.”

There has also been a surprising outcome from some of the restrictions which had to be put in place during the pandemic.

Mr Tate said: “Some of the restrictions have been positive, like the split break times and lunchtimes. We have learned from those and they will continue.

“There has also been a reduction in the amount of movement around the school and we will be carrying that on as the children said how much they liked it. 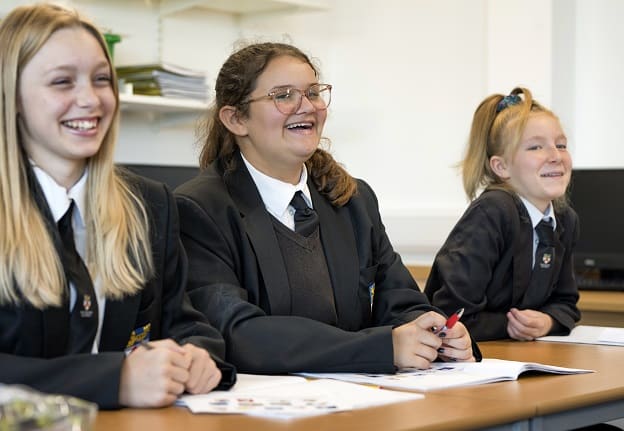 “During covid some students having to be at home for education was positive – they had a quiet environment and could take things at their own pace. But for other children the experience was more negative, especially if their home environment was not good, maybe cold, damp or cramped.

“We did a lot of work during covid online and this did mean more contact with parents and so we have a much better relationship with them as a school now. It wasn’t so great five or six years ago but the support and contact during covid has helped resolve that.” 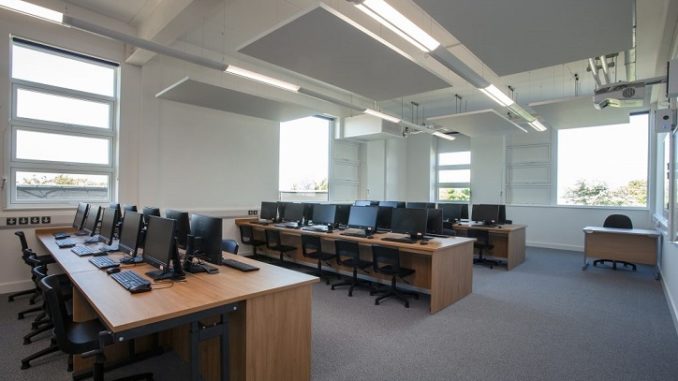 However, getting back to normal is also bringing benefits.

Mr Tate said: “With the other restrictions gone we can relaunch our clubs and create a fantastic menu of activities, there has been real demand for that and the kids wanted to get back into the swing of it.

“It’s been largely back to normal since September which has been welcomed by staff and children. We had our Ofsted and our journey to good and now we want to be a great school.

“The key things we will focus on are our clubs and trips so we have a really fantastic offer for our students; we will be looking at how we can further develop the curriculum and are now able to bring back food and design technology which we haven’t been able to do over the last couple of years; and we want to get back in place the visits to universities, really pushing the aspirations of our children.

“It is a genuinely exciting time. We’ve had the stamp of approval from Ofsted and that’s put more energy into our staff and our school community to be even better.” 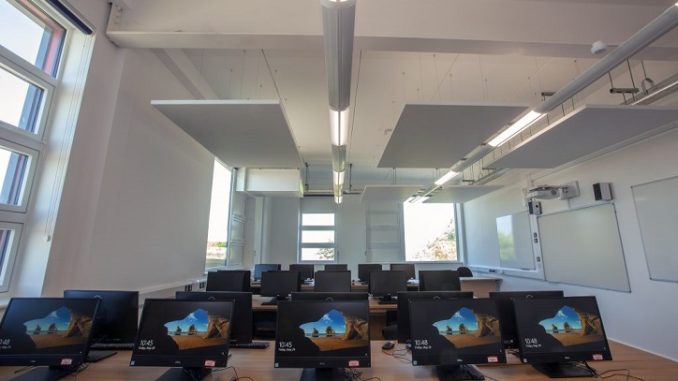 Independent education advisor Peter Read says a transformed culture, moving away from ‘tough love’ to a more positive model, has been key to the improvements.

He said exclusions and the number of children being withdrawn for home education have dropped dramatically while the number of first choices for admission in September is rising.

He adds: “Perhaps most importantly, the strong threat to the school’s existence has been withdrawn by the scrapping of the proposed Park Crescent Academy (at the former Royal School for Deaf Children site in Margate).”

Mr Read says the challenges that remain are turning around the school’s prior reputation and dealing with a financial deficit recorded for 2020, which the Coastal Academies Trust – which Hartsdown is part of – will help with.