A volunteer group and residents are hoping Southern Water will extend its sponsorship for beach cleaning to run throughout the summer.

The water firm has funded a dedicated beach cleaner over the winter for the stretch of coast from Foreness Point to Kingsgate Bay.

The part-time beach cleaner role was agreed after talks between the Friends of Botany Bay and Kingsgate and Southern Water following pumping station and combined sewer discharges that resulted in swimming bans at nearly all of the isle’s beaches and bays.

However, the funding finishes at the end of March and the Friends of Botany Bay and Kingsgate members and residents say they fear this summer will mean a return of the high levels of littering seen in previous years as visitors flock to the isle’s beaches.

Last summer Thanet council worker cleared  1,800 tonnes of litter from isle beaches, 7,000 hours of litter picking was completed across eight of Thanet’s most popular beaches by council staff (not including the efforts from the local community and groups!) and large (1100 litre) litter bins were emptied approximately 20,000 times (19,840).

Despite this hundreds of hours of volunteer time was needed to clear up mountains of rubbish left by record numbers of visitors to Thanet. 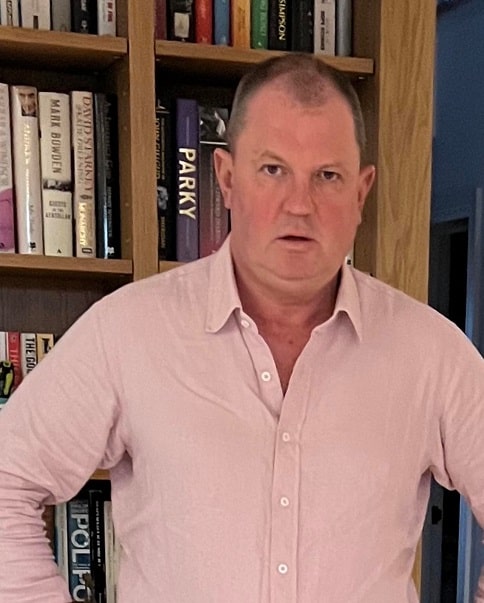 Barry Manners, from the Friends group, said: “Thanks to Southern Water’s sponsorship the Friends of Botany Bay CIC has employed a beach cleaner since November. It’s meant for the first time in living memory there’s been a dedicated beach cleaner to look after the beaches and clifftops from Joss to Palm Bay outside the peak Summer months.

“It’s made a very noticeable difference. It’s also helped improve Southern Water’s standing in the local community after the devastation caused by recent sewage discharges and the historic cover ups, for which they received record fines. Yet none of the £90 million fines goes to the communities in question.

“Local residents are now fearful of the Summer influx of visitors. We know that Thanet council budgets are stretched. There’s a gap between what they can deliver and what needs to be done to protect our beaches and marine environment. And it’s too wide a gap to be covered by volunteers alone.

“It’s unthinkable that we might return to the disgusting levels of neglect that characterised many of our beaches until relatively recently. So, we are asking Southern Water to extend their support throughout the Summer. We need another £7000 to properly fund the necessary supplementary beach cleaning along our stretch of coast in 2022.

“We plan to raise £3000 with our St. George’s Day Dinner fundraiser – which is already sold out. The rest needs to come from donations – ideally corporate sponsorship.

“I’m not prepared to sit back and watch litter pile up along our coast. We have to deal with the reality of doing something about it ourselves. Yes, we need more enforcement to prevent littering, we need more hours from committed and motivated council employees, but in the meantime this is a problem that is of real concern to much of the local community.

“There’s a limit to what can be asked of volunteers to fill the shortfall in council provision for keeping our beaches clean in Summer. We’re asking Southern Water to step forward and prove its commitment to better beaches at Botany and along the Thanet coast.

“There are also other beaches around Thanet where the success of Southern Water’s sponsorship could be emulated to greatly benefit the marine environment. We’re happy to work with them to facilitate this, particularly at ecologically sensitive sites like Pegwell Bay.”

Barry says the hope is to raise £8000 to fund two cleaners sharing 35 hours per week to keep the stretch from Joss Bay to Walpole Bay clean, with the possibility of linking with volunteer groups who might want to put the same arrangements in place for other isle beaches. 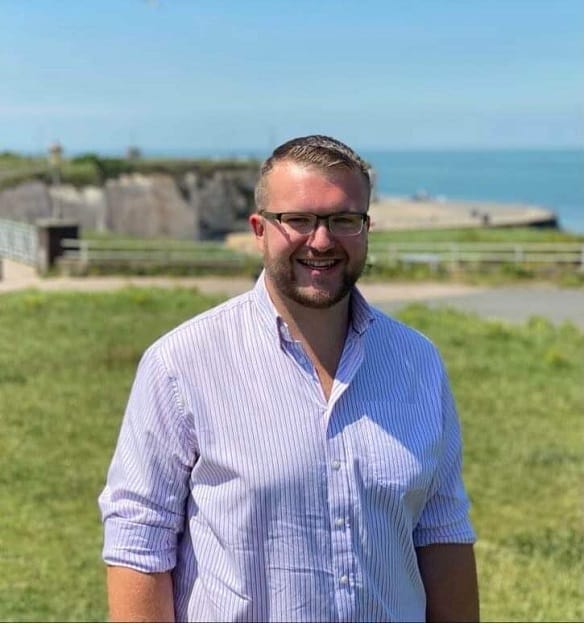 District councillor for Cliftonville East, Charlie Leys, says he hopes Southern Water will agree to extra funding, adding: “It’s amazing to see our beaches looking cleaner than ever. Funding from Southern Water has meant that the work community groups like the Friends of Botany Bay have put in hasn’t gone to waste as they’ve been able to employ their own dedicated beach cleaner.

“The environment is on everyone’s minds, and I’m concerned that Southern Water hasn’t re-committed to provide any funding going forward. I believe they have a duty of doing so due to their historic failings of pumping sewage into the sea off Foreness Point.

“We can expect huge number of visitors to Botany Bay this year, which unfortunately means more litter. Without funding we’re seriously undermining efforts from the community and endangering our commitments to local ecology and the marine environment.”

Talks are expected to take place this week with Southern Water where the request for extended funding will be made. 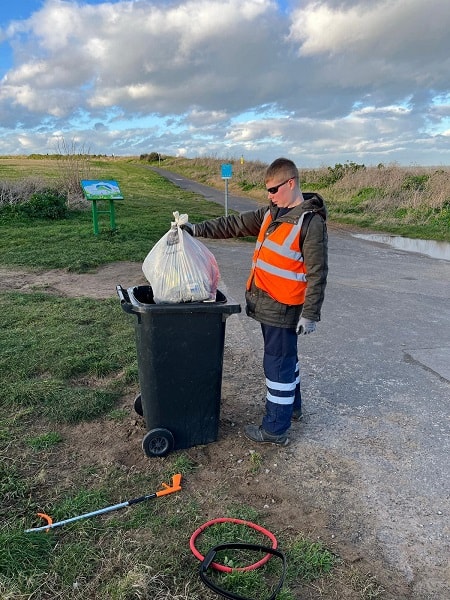 Andy Russell, a Clarence Avenue resident, said: “Taking my daily stroll along Botany Bay beach and noticing how clean and tidy the area has been looking over recent months, I dread going back to previous years of litter and nappies on the beach. It would be a real shame to go back to those days after all the hard work that’s taken place to keep the beaches clean and tidy for people to use all year round.” 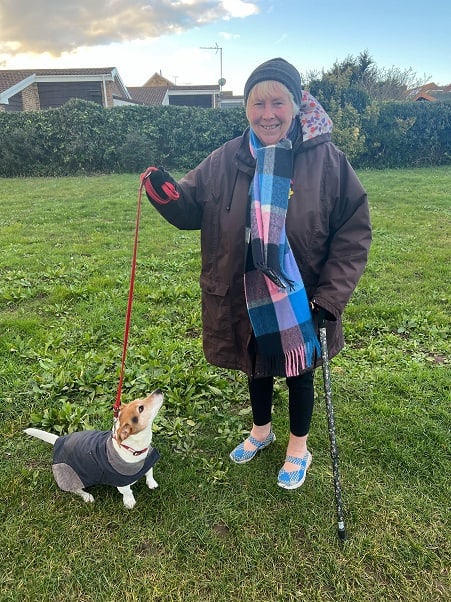 Elaine Thornley, a long term Botany Bay resident, said: “I’ve lived many years now in Botany Bay and walk with my dog Stan every day. The area is looking cleaner than I can ever remember seeing it. I’m dreading the Summer and hope the extra beach cleaning we’ve had recently will continue.”

Peter Blem, from the Thanet Biodiversity group, said: “The reduction of litter on the Palm Bay to the Foreness section of the beach, that I walk most days, has been really noticeable. “Knowing that the funding for the daily litter pickup ends in a couple of months, is very concerning. I run the group Thanet Biodiversity, so I am particularly aware of the harm that litter on our beaches and coastal waters does to all forms of wildlife, from the tiniest micro-organisms through to the larger birds and mammals that visit our shores. I do hope further funding will be found to protect our precious coast and the creatures it provides for.”

Scott Manclark, Palm Bay resident and founder of Northdown Park and Palm Bay Community Group, said: “Botany Bay and the surrounding bays have in past years suffered with an immense amount of litter, of which a lot was embedded within the sand. Nowadays thanks to volunteers and a dedicated cleaner you have to really look for litter.

“The bay is pristine and how it should be. It’s a safer place to visit for all including my girls, who regularly litter pick in the area. I hope we can keep maintain this going forward. It can only be good news for whoever uses the beach.”

Claire O’Shea, Palm Bay resident and mum of young volunteers Jaz and Marley, said: “As a local family we are at the beach most days, it’s our time together that we look forward to, so it has been brilliant to see the beach so looked after this winter. We just hope this will be continue to be the case next year.”