A family whose much-loved dog Purdy was found dead on rail tracks at Minnis Bay two days after she went missing have raised money to help with searches for other lost animals.

Liz Hurst and David Hart, owners of Birchington Pet Shop, have raised the funds for the Missing Dogs and Strays Thanet group which helped with the search after Purdy went missing last month.

The cocker spaniel was last seen by the mounds at Minnis Bay on January 8. Liz, David and family searched continuously for two days and were helped by hundreds of people – including the MDST group.

Sadly Purdy’s body was found by National Rail on the line at Minnis Bay but the family decided they wanted something positive to come out of the tragedy.

Liz and David’s daughter Emma said: “My parents spaniel Purdy went missing last month and we searched for her continuously for two days.

“Hundreds of people helped us look, volunteers put up drones and some lovely people tried to see if their tracker dogs could find a scent but sadly two days later her body was found by National Rail on the line at Minnis Bay.

“Missing Dogs & Strays Thanet were amazing and helped massively in the search and to raise awareness. After Purdy’s body had been found my family  decided we needed something positive to come of what had happened and we started raising money so MDST could afford a thermal imaging gyroscope. It’s an expensive bit of kit at around £2500.

“Fast forward a few weeks and we’ve surpassed that target and more. The Gofundme page alone has raised £2500 and we also have cash donations in the shop and the proceeds of a raffle with around 37 donated prizes.

“Laura Sullivan, who runs MDST, has a wish list of items and hopefully we have raised enough to buy them all – the scope, wildlife cameras and more infrared torches.

“If the equipment we have raised money for helps return one pet to its owners then it has all been worth it! The generosity of the general public, who have donated money, and businesses who have donated prizes has surpassed anything we could ever have hoped for.”

The total raised also includes a £115 donation from Christies Wine Bar from the proceeds of a quiz night. 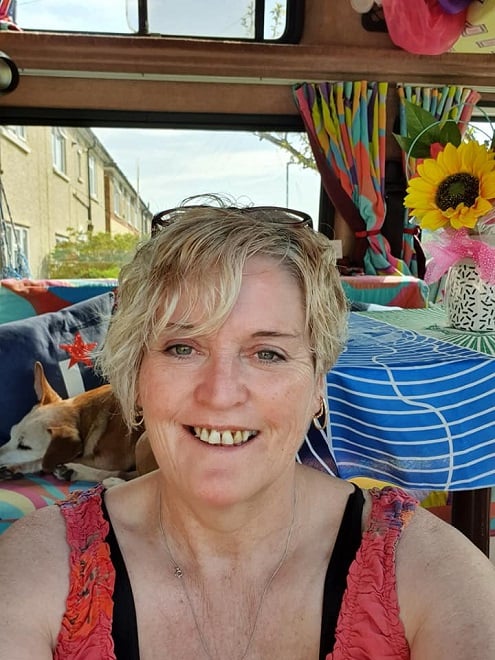 Laura Sullivan (pictured), from MDST, said the equipment the group could now buy will be invaluable in future searches.

She added: “It is absolutely amazing and so so humbling.

“The equipment that can now be bought on top of what we were fundraising for will be so valuable to missing animals and especially their families.

“We can only say thank you.”

Find the fundraiser in memory of Purdy here