A poorly dog who couldn’t see through thick green discharge caused by eye infections and whose claws had grown into his pads is looking for a special foster home after being diagnosed with cancer.

Nine-year-old English bull terrier Reggie was taken in by the RSPCA Isle of Thanet branch in December, in quite a state.

Emily Mayer, from the branch, said: “Reggie came into our care because his owner was very unwell and was going into hospital. They’d been struggling to take care of him because of their poor health and contacted us for help. 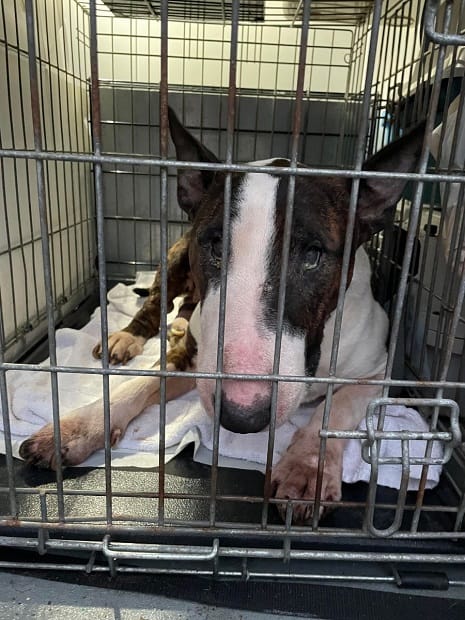 “Poor Reggie was in a real state when he came in. His eyes were badly infected and he could barely see through the thick green discharge. His claws were growing into his pads which had become infected. His teeth were rotting and he had a number of lumps all over his body. He was also unneutered and one of his testicles, which had never descended, had caused him internal problems.”

Reggie underwent multiple tests, investigations, biopsies and x-rays. He was neutered and the internal testicle was removed, he received a dental, had treatment for his infected paws and had three large masses removed. Staff also started lifelong treatment to help Reggie’s eyes. 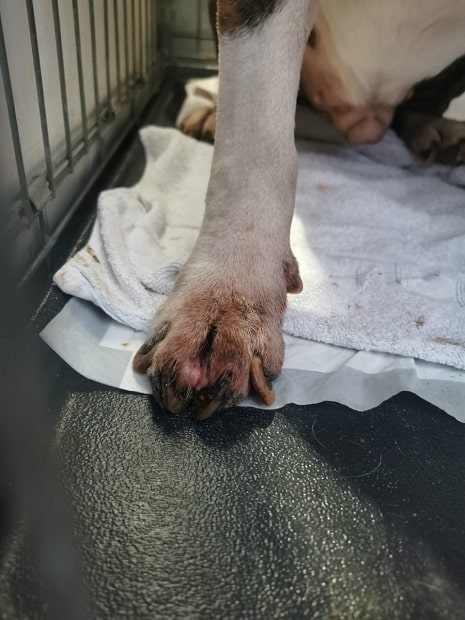 “Sadly we’ve discovered that Reggie has low grade mast cell cancer,” Emily added. “We had hoped we’d be able to find Reggie a new home but, due to his ongoing medical needs and the cancer diagnosis we’re now looking for a long-term foster home who can give Reggie the love he deserves with the support of our team.”

Reggie would like to find a home with someone who is around for most of the day and can spend lots of quality time with him. Ideally his foster home will be local to the branch so they can continue to help with ongoing veterinary care.

Emily added: “Reggie has such a wonderful nature; he is the most loving soul and we all absolutely adore him. He still bounds around like a puppy and loves to play – and destroy – his squeaky toys!

“We want to find Reggie a five-star foster home so that he can enjoy a loving, comfortable home for the amount of time he has left.” 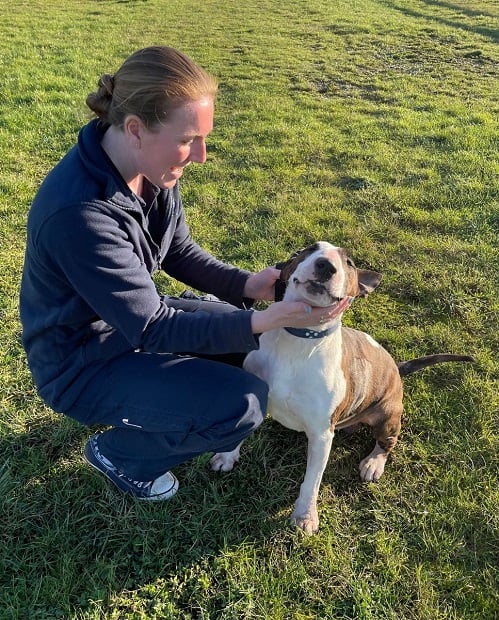 Anyone who thinks they might be able to offer Reggie a foster home should contact the branch on 01843 826180 or info@rspcathanet.org.uk.

Emily added: “We’ve started treatment to slow the cancer, costing us £250 a month. We already have a pricey vet bill of £1,600 to cover all of the treatment he’s had and his eye medication, which will need to continue, is also expensive. His outgoings are a lot, but he is worth every penny.

“As a charity, however, we are asking the public to get behind us and help with Reggie’s ongoing costs. We’ve launched a special fundraising appeal and would be grateful to anyone who can spare us a donation, no matter how big or small.”

To make a donation to Reggie’s fundraiser, please visit: www.justgiving.com/campaign/helpreggie.