Ownership of some 247 items from the shipwreck of the Stirling Castle, loaned by the Isle of Thanet Archaeological Society to Ramsgate’s Maritime Museum, could be taken over by the National Museum of the Royal Navy, a district councillor has revealed.

The action has been taken following concerns over the condition of the collection.

A conservation audit has been carried out by the NMRN on behalf of the Receiver of Wrecks and the Ministry of Defence (MOD) to assess the condition of items. Dependent on the outcome of the audit, the collection may be removed from the Ramsgate Maritime Museum.

Items have suffered damage partly due to leaks in the roof that caused harm to the interior of the building and created damp conditions for the artefacts housed inside. The roof was repaired last year after The Ramsgate Society secured a grant of £22,812 from the Historic England Heritage at Risk Response Fund for the work.

Conditions then deteriorated for some artefacts after a suspected arson attack in November on a converted container that forms an extension of the museum.

Sally Line ferry memorabilia and a Viking 1 model were destroyed by the fire and a painting was severely damaged. The heat damage was minor to the other artefacts but items not in cabinets were affected by smoke and the container was waterlogged.

Thanet council granted a 25-year full repairing and insuring lease for the site to The Steam Museum Trust (SMT) in April 2012 at a peppercorn rent. This lease expires on January 31, 2037.

However, The Ramsgate Society is negotiating with the Steam Museum Trust to take over stewardship of the site and remaining collection as part of plans which may now be put in place under the £19.8million Levelling Up fund granted last year.

During the tenure of the clock house by the EKMT a library collection and archive was built up. Included in the archive were Royal Harbour records donated by Thanet District Council and the items loaned by the Isle of Thanet Archaeological Society from the shipwreck of the Stirling Castle.

Now there is a drive to remove and store the collection, working through The Ramsgate Society, Ramsgate Town Council and members of a new volunteer group – Friends of Ramsgate Maritime Museum.

Ramsgate councillor and maritime historian Tony Ovenden has raised the issue of the poor conditions at the museum numerous times. 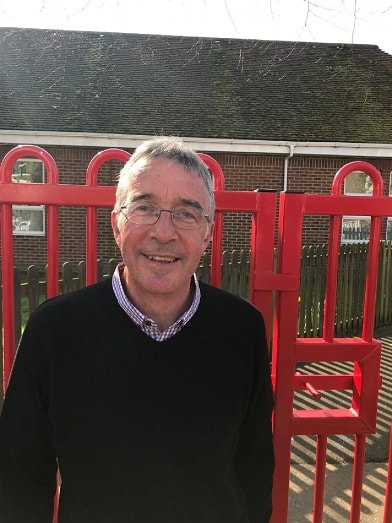 He attended the audit exercise last week. He said: “Each item has been accessed and photographed. Readings of the humidity levels were taken in each of the cabinets. Since emergency repairs have taken place through funding obtained by the Ramsgate Society, the roof has stopped leaking. Conditions may have improved slightly but overall they are still not that great.

“The next step regarding the future of the Stirling Castle collection will depend on the conservator’s report.

“While I was there, I was able to look at the library collection that I found to be very interesting. There are 23 letter books that are handwritten accounts of the day to day running of the royal harbour from 1862 to 1918.

“From an historian’s point of view there is a complete handwritten record of the role the harbour played in the First World War that is priceless and unpublished.

“These are all the handwritten records of the Royal Harbour that were rescued from the skip when the harbour office was cleared out in 1995. Fortunately, the East Kent Maritime Trust were at hand to accept many items at the time.

“The current storage conditions of the royal harbour archive are not very satisfactory. They should be stored in better controlled conditions, preferably in a fireproof cabinet. “Some of the books are suffering from damp and do feel strange to touch. I have emailed Ramsgate Town Council over this, looking for a solution. Ramsgate Town Council has replied suggesting temporary storage in controlled conditions. I think The Ramsgate Society will act as a go between with the SMT to arrange this.

“I have also written to Thanet District Council about the status of the collection because for renovation works to take place the collection has to be removed, then stored and catalogued off the premises. This is going to be a huge task for The Ramsgate Society and the Steam Museum Trust. There does need to be a timeline.

“The workload to safeguard our heritage is going to be immense. I have been working on the inventory for some time. Recently on facebook a Friends of Ramsgate Maritime Museum has been formed to add to the volunteer base that The Ramsgate society has in place. 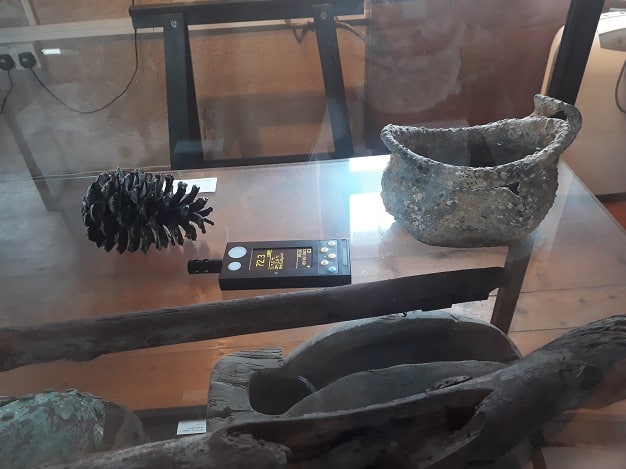 “There is also the Ramsgate Maritime Group that is very active sharing maritime history findings.

“From what I have observed. I can only say that the Ramsgate society is going to need a for strong volunteer base in the future to assist in rescuing the collection overall. Preferably a mix of those familiar with the collection, local historians and people willing to put in the time and effort like this group

“The momentum to safeguard our heritage has started rolling.”

A spokesperson for The National Museum of the Royal Navy said: “The artefacts are currently transferred to IOTAS and the National Museum of the Royal Navy is acting on behalf of the Receiver of Wrecks and the Ministry of Defence (MOD) to audit them and assess their condition. We will then report formally to the Ramsgate Society, with whom we are working to support the museum.”