Cabinet members at Thanet District Council have endorsed the proposed budget for the financial year 2022-23.

The budget will proceed to a Full Council meeting on Thursday, February 10 for final approval.

The Cabinet considered three proposals for alternative uses of the £525k New Homes Bonus allocation which had been put forward by the Labour group and were then backed by the Overview and Scrutiny Panel.

To allocate up to £125,000 from the New Homes Bonus for the capital works required to the Ramsgate East Cliff and Viking Bay lifts to ensure they are in full working order for the foreseeable future;

To allocate the full remainder of the New Homes Bonus as capital to provide additional in-house temporary accommodation;

To transfer £200,000 from the risk management reserve to a new climate risk and opportunity reserve.

Following careful consideration, members of the Cabinet determined not to adjust the budget to accommodate the proposals. 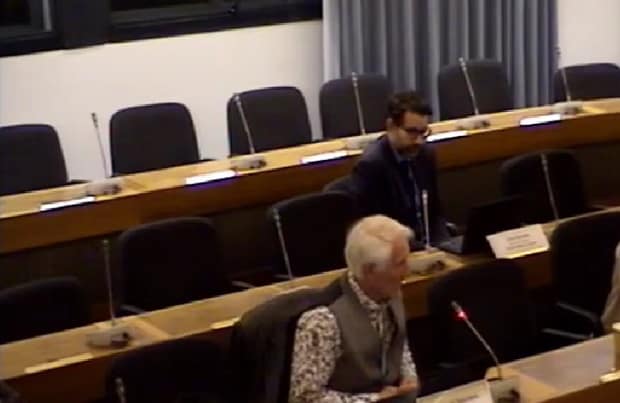 Cabinet Member for Finance, Cllr David Saunders, said: “The council has a statutory duty to deliver a balanced budget. As a result of careful and efficient planning, we are endorsing a budget that does exactly that. Whilst additional funding from the Government is welcomed, we have to allocate this in the most appropriate and prudent way.

“Much like our colleagues on the Overview and Scrutiny Panel, we see the pressures being placed on our housing supply, the importance of restoring our seaside lifts and the need to continue supporting our climate change agenda. Indeed, we have robust and more viable plans already in place to support each of these important areas.

“Given ongoing uncertainty around the future of local government funding, our priority now absolutely has to be ensuring we have a solid financial footing to support us over the coming years. This will be essential if we are to continue to deliver vital public services and support our most vulnerable residents. It is for that reason we will be presenting our budget as it stands to the council next month.”

At the Cabinet meeting on Thursday (January 27) Cllr Saunders said although a new climate risk reserve would not be created monies would be available in the risk management reserve to use on an “as and when needed basis” for climate projects and that Thanet council was also looking for external funding for this area. 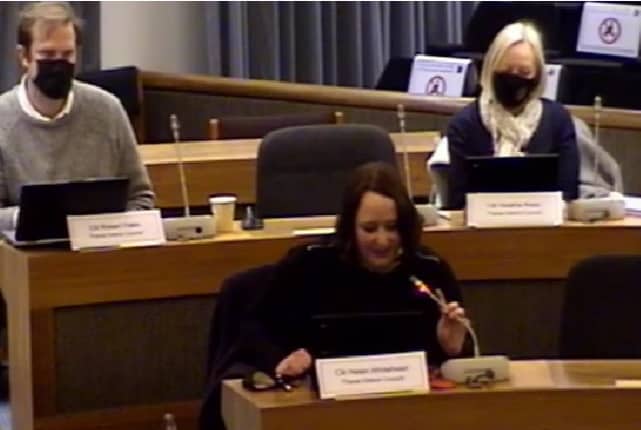 Labour’s Cllr Helen Whitehead spoke about the amendment for money to be used to extend in-house temporary accommodation. She said the proposal would reduce out of area placements and also lower ongoing costs.

She added: “I strongly believe this is, long term, a more cost effective choice than simply setting aside the new homes bonus.”

She said the amendment was “socially, logically and financially prudent,” and that she had “hoped not to have to fight for it.”

She added: “We have to extend our in-house temporary accommodation provision in all forms both to help residents and to reduce extensive and expensive future costs.”

However, Cllr Saunders said the approx. £400,000 that could be used from the New Homes Bonus was not sufficient to deliver further schemes. He added that following completion of the £1.6million project at Foy House to provide 8 flats, Thanet council would: “Consider further projects to build a larger and more cost effective portfolio.”

On the proposal to use part of the New Homes Bonus money to fix the lifts at Ramsgate and Viking Bay, he said some £230,000 was needed plus money for ongoing maintenance and management.

He added that a strategy for the lifts was underway and money had been pledged for the project to have at least Viking Bay operation long-term. 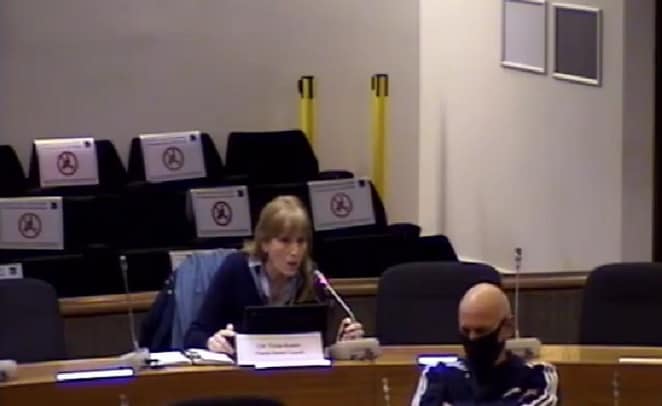 Green Party’s Cllr Tricia Austin said her party had backed the amendments. She said: “We are very concerned about the housing situation, In my own ward we have got three new couples living in their cars this week and I am sure that is reflected in other areas across the isle.”

She added that the party was happy to hear of budget flexibility for climate change schemes but wanted to make sure opportunities for external funding were not missed. Cllr Austin also suggested a focus on developing skills to retrofit houses and a need to consider an electric waste vehicle that would also be smaller and so able to manage narrow streets.