A public notice issued to gauge interest in reinstating Ramsgate’s market has been published by Thanet council.

But hopes of a return to the weekly, town market have been dashed with the notice calling for a supplier for “a monthly outdoor market” in either “Ramsgate High Street and/or Westcliff Promenade Green (Government Acre).”

The notice says: “new location proposals would be considered.”

The soft market testing is to find out the levels of interest from new potential market operators and suggestions on the number of traders who will be able to operate during each market, and what range of products will be on offer.

The town centre, Friday market shut when covid restrictions were brought in during March 2020. It briefly reopened in June of that year but issues around placement meant the market closed again. A new site proposed for Pier Yard car park on the seafront was scuppered at the 11th hour.

Traders were then given the go-ahead to use Staffordshire Street car park, taking space in several disabled parking bays. But there was a drop in traders taking part on Fridays and none willing to set up for business at the site on Saturdays.

The low number of stalls meant falling income, with then-operator Hughmark making a decision to cease trade in the town.

In October 2020 Thanet council said there were plans to create a new Canterbury style format with gazebos and themed days and the market contract would go out to tender.

But there has been no return of the market since that date.

On Monday (January 25) Thanet council said it was launching a review of the market, adding: ““As part of the review, we will also be looking at the location of the market and whether a new location would be more beneficial in the long term.

“We hope that potential traders will get involved in the Public Information Notice exercise and share their views as we look to create a vibrant and sustainable market that supports the local community.”

The deadline to respond to the notice is 2pm on February 28.

The council is using the Kent Business Portal to carry out the soft marketing exercise. To view further information, register for free at kentbusinessportal@org.uk

Ramsgate councillor Helen Crittenden says a monthly market is not what is needed. 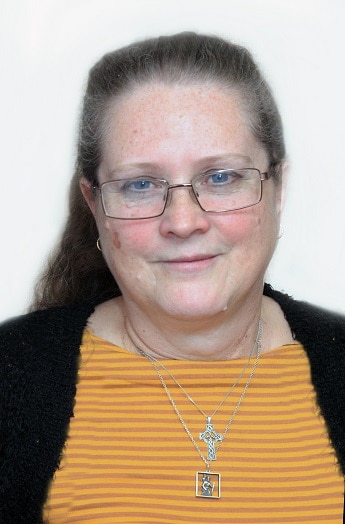 She said: “On moving from Dumpton Stadium, Ramsgate Market remained a traditional weekly market, operating along the roads off Market Square in the town centre.

“The newly published PIN appears to be suggesting the final removal of a traditional market that began in Ramsgate in 1959 and replacing it with a completely different animal.

“Despite not being actively consulted by TDC officers, as ward councillors representing the views of the businesses and residents in our wards, many of us have tried to communicate that Ramsgate needs the return of the weekly market in the High Street.  What little responses we have received from officers have resisted that message and tried to promote something else.

“It now seems from the PIN that officers have decided, despite our attempts at representing our residents, to end the traditional weekly market and replace it with something else.

“A monthly market will attract a more artisan trader and not the regular weekly traders who will not favour Ramsgate one week a month and jeopardise a weekly income in another town.

“An artisan market is an attractive addition to the weekly market, such as we have seen in the past on an ad hoc basis, and which could actually be organised on an ‘events’ basis through Ramsgate Town Council.

“A monthly market, even in the High Street, will not attract the additional regular footfall that our town centre permanent traders desperately need.

“I was surprised to see Government Acre is being considered as a future site for any market. Westcliff Promenade is vulnerable to the elements and the weather is likely to deter both traders and customers for several months of the year.

“Parking is also likely to be a problem and the site is not as readily served by public transport as the town centre High Street.

“The regular weekly traders won’t go that far out of town, as we know because in the past they have told us and voted with their feet.

“This location will not be contributing towards the thriving town centre, or the regeneration of our High Street, elements referenced in the Council’s Corporate Plan.  Nor contribute towards the Ramsgate Future Investment ‘roadmap’ that was outlined only last week.”