Children at Upton Junior School in Broadstairs are discovering how Ancient Greece developed and had a huge global impact across the centuries.

The Year 4 pupils began their magical history tour with a special day of activities that saw them arrive at school dressed as a variety of citizens from the Greek civilisation to delve in to its past. 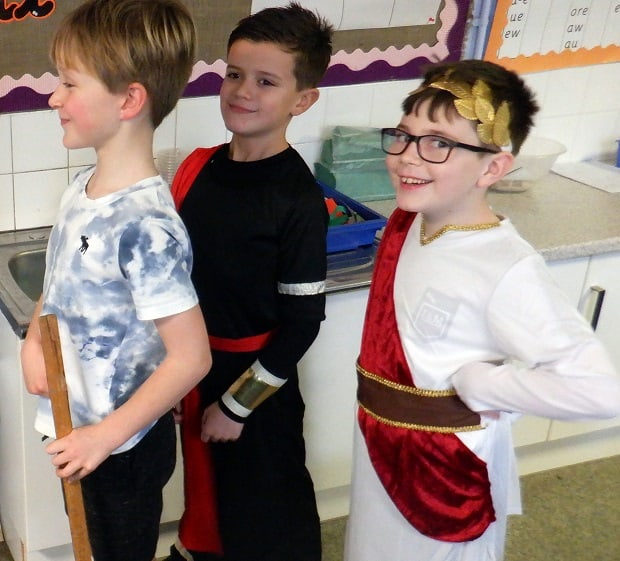 To immerse themselves in the heritage and culture they taste-tested and discussed a range of foods including olives, tzatziki, hummus, pitta bread, Greek yoghurt and feta cheese.

As part of their learning about Greek myths and legends pupils worked in groups to re-enact the stories about the creation of the gods, Perseus, Medusa and Theseus and the Minotaur. 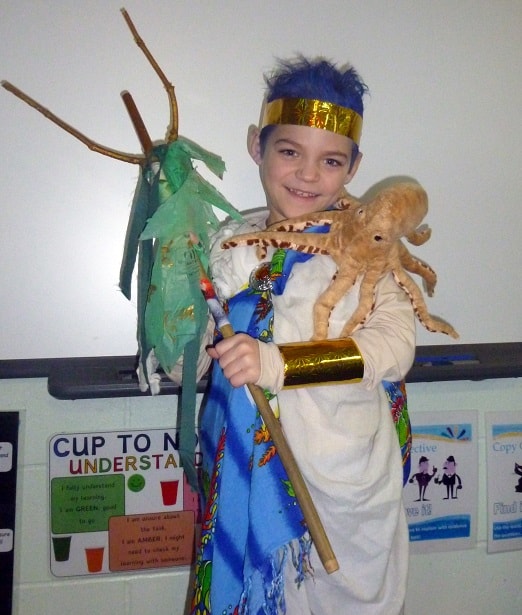 They also learnt a traditional Zorba-style folk dance and then turned from arts to science to create a water clock which was one of the early civilisation’s way to tell the time. 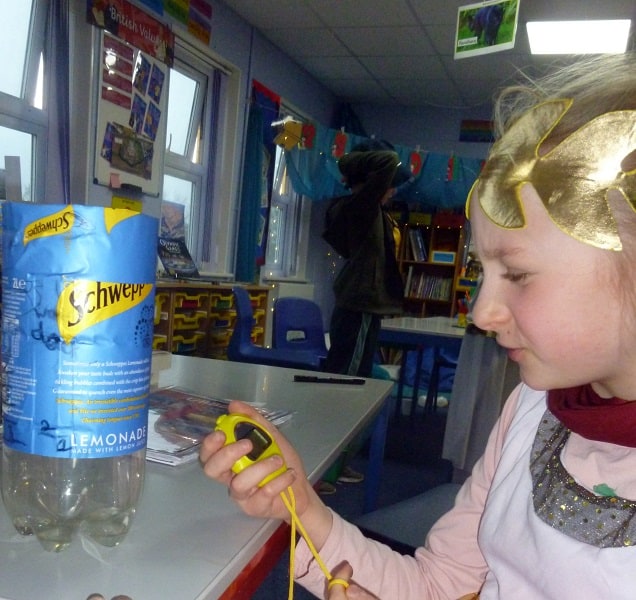 Forthcoming activities will include exploring the various gods and goddesses, a debate about the benefits of living in either of the city states of Athens or Sparta, and the Greek influences in the western world. 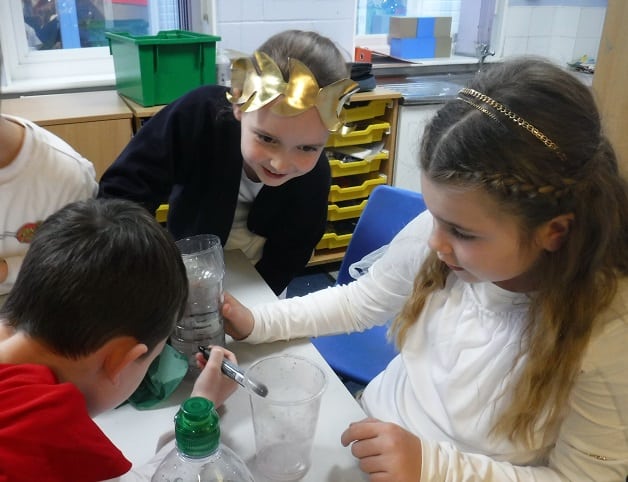 This will include looking at the Greeks as the first dentists, which will links into learning how to care for teeth and what happens if you do not. An experiment will be held as part of this research with boiled eggs placed in a variety of liquids – some sugary, some not – to see what effect they have on the egg shells. Pupils will also create a bottom jaw and shape different types of teeth in plasticine. 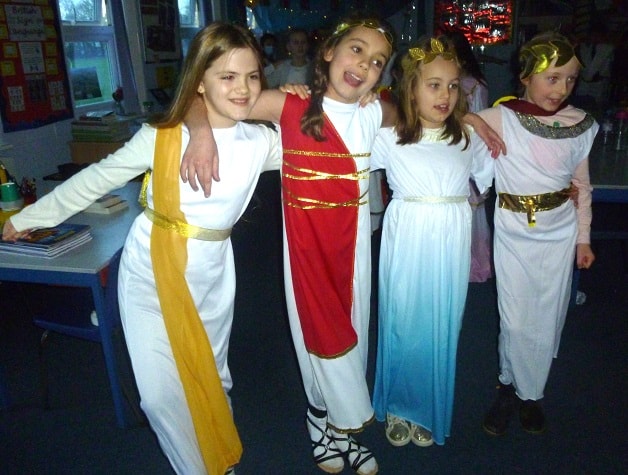 Head of Year 4 Billie Danson said: “The introduction ‘wow day’ to the topic has inspired our children to find out more about the important role that Ancient Greece in its day, and also the impact it has made on lives right up to the present day. 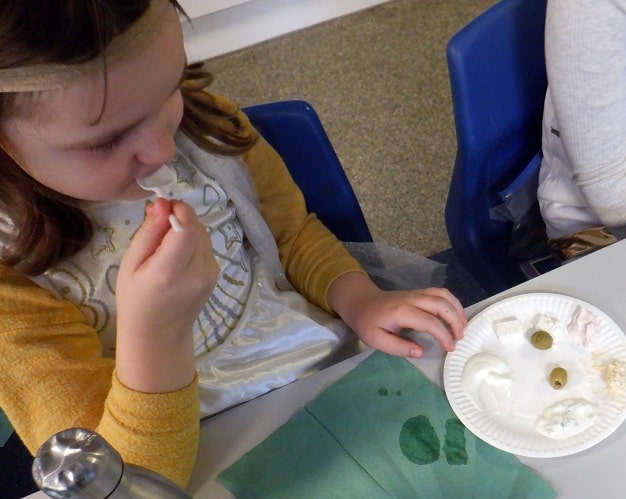 “It is a fascinating and exciting period of history to explore and the children’s learning is encompassing a range of creative skills and techniques together with art, history, maths, geography, science and literacy.”