They are only seven months old, but Margate triplets Harry, George and Oscar have already appeared on television screens nationwide alongside some of the country’s favourite stars.

The babies, who were born at the Queen Elizabeth The Queen Mother Hospital in Margate in June, were selected to feature in Call The Midwife’s Christmas special after going through Thanet agency Seaside Kids Castings owned by Natasha Woolford and Laura Carmichael.

Covid rules on the set of the BBC drama meant that the actors weren’t allowed to hold the boys, so mum Kaitlin Beverley also had a taste of fame  with her legs featuring in one scene, and her arms in another! Filming took place in August, when they were just eight weeks old.

The 30 year old, who works in the medical devices industry, said: “It was a fantastic experience and something we’ll be able to tell the boys all about when they are older.

“The whole set-up was very baby orientated, with strict limits about how long they could be on set. It was amazing to see how caring they were.

“The boys played two different babies, and I appeared in two of the scenes with them; in one you can see my hands holding one, and in another you can see my legs when the baby is ‘delivered’.

“They were actually born by caesarean section so it was a very bizarre experience.” 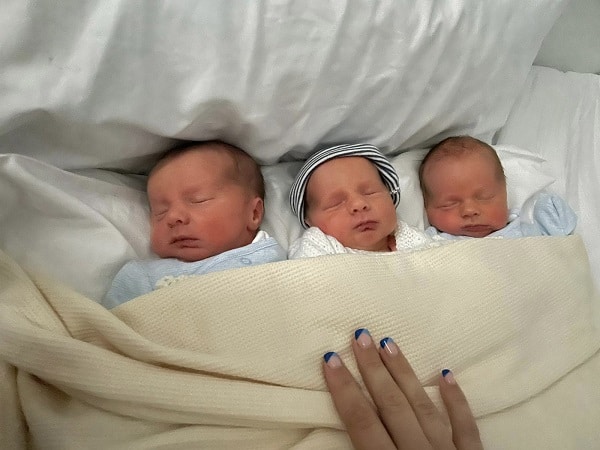 Kaitlin, who has a twin brother, discovered she and fiancé Ollie Towner were expecting triplets when they had an early scan at eight weeks.

The pregnancy was straightforward, apart from severe morning sickness, and the boys were born by planned caesarean section at 34 weeks. Harry was born first, then George, and they spent two days in the special care baby unit. Oscar was born last and was the smallest, and needed another four days of special care.

Kaitlin said: “As a family, we are so very grateful for the care we received during the pregnancy, and especially delivery.

“From the midwives, Special Care Baby Unit team nurses, to the consultants who helped deliver our boys safely, all five of us were cared for so well when we were in hospital.”

The family then spent another two days together in hospital before going back to their home in Margate.

Kaitlin said: “We just made it up as we went along – to us this is normal, we don’t know any different.

“I chose to breastfeed and did that for six months, and of course everything takes three times as long.

“But watching them grow up and interact with each other is so precious. We wouldn’t change it for the world.” 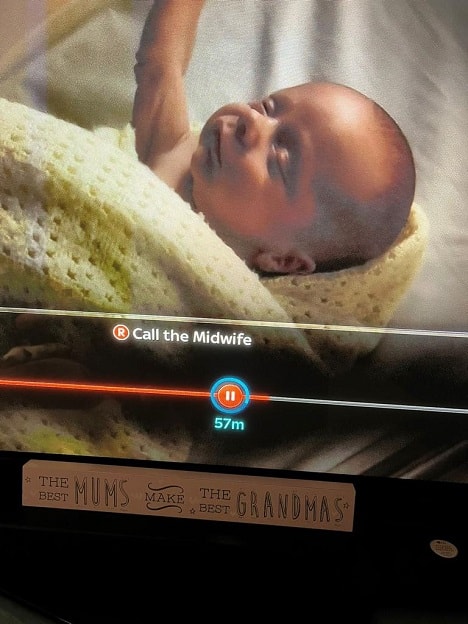 The boys’ starring roles came after a friend suggested they signed up with a casting agency who were looking for twins and triplets. They have since been shortlisted for a supermarket advert, but were not chosen in the end.

Kaitlin said: “They were looking for premature babies, because they can be used to portray newborns.

“It’s not something we are planning to do on a regular basis, but it was amazing to do and lovely to see them on screen.

“They have changed so much since it was filmed so it’s a great keepsake to have.”