Vandals have targeted the Bus Café in Margate twice in just one day (December 19).

At around 4am an attempt was made to break into the vehicle but this was unsuccessful.

But then this evening, at around 6.30pm, vandals cracked the main window, tore off the Sun Deck sign and caused other damage, possibly using a brick.

The bus, which is based at Nayland’s Royal Crescent Promenade, is run by Simon Lindley, wife Jodie Ellena-Lindley and couple Xander Muir and Lois Du Plessis.

The business had just finished trading today and closed for the Christmas break. It is due to reopen on January 6 but the owners now face a bill for thousands to replace the cracked main window.

Jodie said: “It’s been really tough enough this past month with cancellations and basically haemorrhaging money as no one wants to come out due to this virus..

“We took £126 on Saturday. That’s literally unheard of and now we’ll have to figure out how to pay for another window due to absolute idiotic behaviour.

“Simon was there with police this evening and said it looks like whoever did it has taken a brick to the front window and tried to smash through it. Then they vandalised the sun deck sign

This kind of vandalism will cost us thousands of pounds. We are so angry and so upset that our business has yet again been a focus of attack of mindless behaviour.

“If anyone saw anything or knows who did it please come forward.” 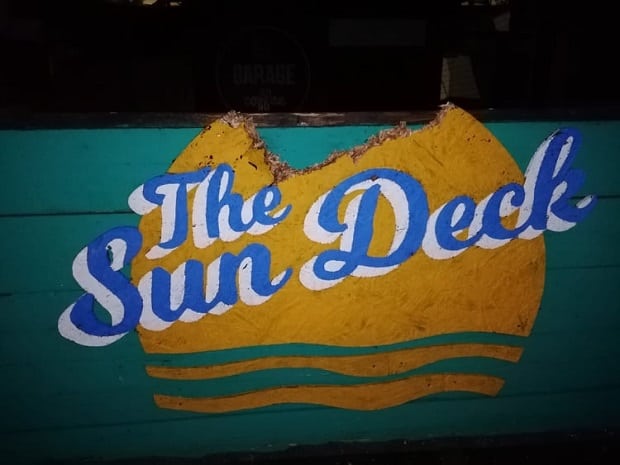