Thanet made five changes to the side that started last week. Nick Herbert returned at ten and Louis Marshall on the left wing after work commitments kept them out at Crowborough. Andy Letts was back in the second row and James Green at loose-head whilst there was a first start for Harry Clemo at tighthead after a good debut from the bench last week.

Wanderers kicked off down the slope but OAs had the best of early exchanges bringing two big tackles from Herbert. A penalty, in front on the 22, was pulled left by the visiting ten and Thanet grew into the game. 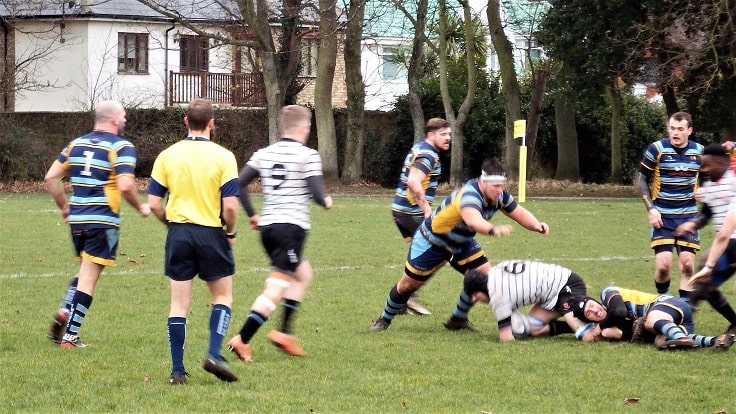 With 12 minutes played, full-back Marius Thompson broke well from deep and handed on to hooker Neil Wakefield who showed remarkable pace to thwart the chasers and open the scoring. No conversion but Thanet led 5-0.

OAs kicker squandered two more penalty opportunities as Wanderers battled to keep their line intact. After a final warning, it was Herbert who was shown yellow and the visitors soon drew level with an unconverted try.

As OAs looked to make the most of their extra man Wanderers’ controlled aggression won a penalty that was despatched to 20 metres out.  Thanet’s powerful forward drive was supplemented by Thompson who claimed the touchdown and converted his own effort for a 12-5 lead. Three good scrums from Thanet’s pack brought only a reset before there was a clash of heads between David Lemon and Harry Clemo who had to leave the field to receive attention. Danny Clement replaced him. Such was the dominance of the home pack that the opposition chose not to engage with drives from Thanet’s line-outs and won turnover ball. 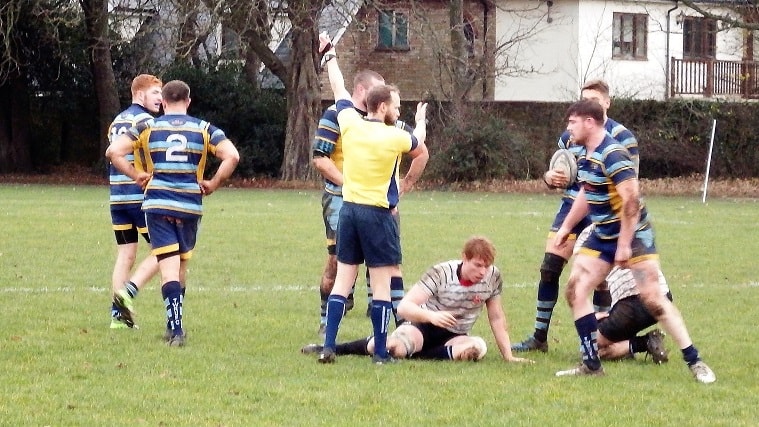 In the first minute of time added at the end of the first half Jimmy Green was shown yellow for a late tackle. The visitors used the advantage gained and scored under the posts but again there was no conversion leaving the score at 12-10 at half-time.

OAs attacked strongly from the restart but Wanderers defence held firm before the visitors were penalised for not releasing and Thompson’s clearing kick took play to OAs ten metre line. Herbert broke well before handing on to Thompson who cut a good line to head for the posts as he weaved through the visitors defence to score a fine try before adding the extras. OAs quickly hit back with a try that was converted to make the score 19-17 before Green returned, together with Clemo, whose head was swathed in tape.

Thompson’s splendid afternoon continued as, with the game in the balance, he kicked a fine penalty from wide right just inside OAs 10 metre line to extend the lead to 22-17.  An OAs penalty looked to be taking them deep into Thanet’s red zone but Thompson leapt to keep the ball in play before returning it to safety on Thanet’s 10 metre line.

Wanderers defence had been superb throughout the game and their fitness stood them in good stead as they established themselves in OAs half. Herbert’s chase after his grubber kick became a battle with chasers from the visitors and ended with the Thanet Ten limping off with a damaged ankle and is doubtful for next week’s game. 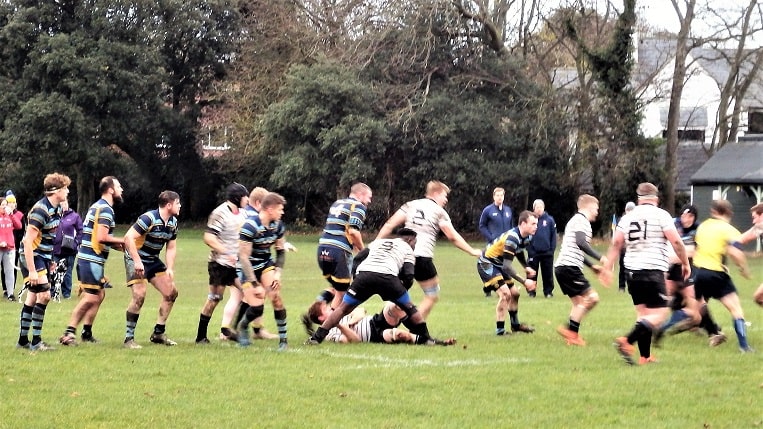 Thompson’s sharp drop-goal attempt rebounded off a post. Wanderers’ pressure continued to build and after the pack turned over an OAs scrum Callum Doody darted away from the next scrum to go close before passing to Louis Marshall who finished in style for Thanet’s try bonus point that Thompson converted for a 29-19 lead. Now in injury time, Thompson sent another penalty close to OAs line and it was Jimmy Green who broke from the line-out to force his way over for Thompson to land his fourth conversion and seal the 36-19 win.

This was a fine win for Wanderers, founded on a wonderful defensive performance with much better game management at crucial times of the match. Everyone played an important part in the win but Thompson who scored 21 points was outstanding and was a thoroughly worthy winner of the Man of the match award. Head coach Mike Pond described the performance of his side as something that he and his fellow coaches felt the team had been building towards in training and in parts of matches in the first half of the season.

Next Saturday Wanderers will welcome near neighbours Deal and Betteshanger to St Peters.  Thanet won the away fixture 33-23 and will be eyeing the double but the visitors are currently in seventh place, one ahead of Wanderers in eighth. A Christmas lunch will be served before what promises to be a very competitive game. Kick Off 2pm.