Despite rain, sleet, wind and a thunderstorm, 22 rowers split into two teams of 11 completed the grueling rowing marathon at Westwood Cross on Saturday 27th November. This included athletes from the club, coaches and parents who all joined in the spirit of the event.

Aided by extra helpers and volunteers who were on hand to collect donations and supply hot drinks and biscuits to the rowers, it proved to be a highly successful day.

The two teams, team Lewis and Team Emily battled hard against each other and the elements with all team members pulling their weight. The idea was to row a marathon in the fastest time, and then continue rowing to clock up the furthest distance in five hours.

Despite strong competition, team Lewis triumphed, rowing the marathon in an astounding 3:31.09 and rowed 59196m in five hours. Team Emily battled hard and completed the marathon in 3:47.95 and clocked up 53383m in the allocated time.

Everyone agreed that despite the horrendous conditions, the team spirit between rowers and helpers was amazing.

Thanet athletics Club would like to extend a massive thank you to Hartsdown Leisure Centre for the loan of the rowing machines, and to Westwood Cross for the use of the venue.

The club would also like to thank the generosity of the passing public to help us raise funds for vital repairs to the track and facilities to help in the progress of the athletes. 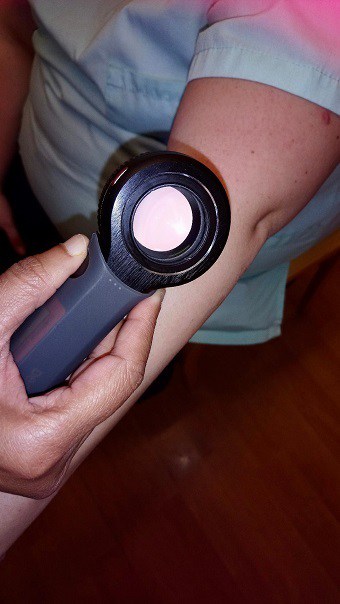 About 60 patients a week using dermatology services in the hospital are now benefitting from two dermatoscopes (handheld devices with high quality magnifying lenses) we funded.

Dr Asha Rajeev, Joint Clinical Lead & Consultant Dermatologist, in describing them as a valuable tool, said: “Their main purpose is to help correctly identify lesions that have a likelihood of being malignant and to differentiate them from benign lesions clinically mimicking those cancers.” 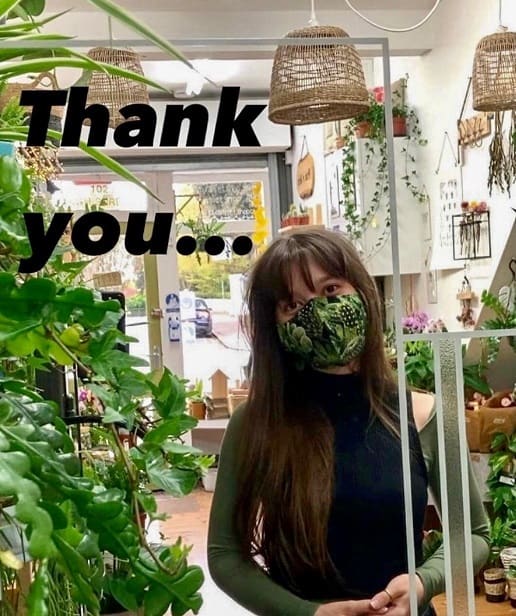 The provision of these was thanks to fundraising on our charity’s behalf by lovely Izzi Brown in memory of her late grandad and in gratitude for the care he received while a patient in the QEQM. Izzi made hundreds of facemasks by hand and sold them at her shop Plantlet in Broadstairs High Street donating 100% of the income.

Thanks to her kindness and generosity and that of her customers an amazing £2,410 was raised, plus a further £565 at her grandad’s funeral. Izzi asked for the money to be spent to benefit Dermatology and we’re delighted this has come to fruition.

Great-grandmother, Sharon Mullen, Jane Henya, CEO, of Jambo Africa Charity, and Shan Bartley, all have strong ties to Kenya, where the safe house will be based.

Sharon spent over 30 years running a successful business with her late husband in neighbouring Tanzania, Shan has worked in Media & Film in Kenya until moving to the UK and Jane was born and raised in Kenya.

Sharon said: “The house we are setting up will be a home, safe haven, and school for young girls, aged from 12 years, who would otherwise be forced into marriages with much older men, and undergo horrible female circumcision; which is brutal.

“Jane and I have been trying to set this house up for almost five years, then in June this year I went on a family trip to Somerset, and my daughter and I decided to visit with family friend, Shan, for lunch.  I immediately thought ‘This is who we need on the project’, and Shan said yes”.

Jane said: “When I was a young girl I went to boarding school with Maasai girls, and then at age 13 when they returned from the holidays the girls would tell us about their FGM.  They just seemed to lose their spirit of joy after that.  Other girls would be married off and come back pregnant and they would be thrown out of school.  They never got an education, they never had a chance.  Now these girls are mothers and grandmothers, and want to save their girls from the same future.”

Jane’s family have donated their 6 bedroom family home on the outskirts of Nairobi to be refurbished and converted into a safe home and vocational training centre for the teenagers.

“The house has to be renovated, the roof raised as we will have bunk beds, so that we can have 24 young girls, a house-mother, and a counsellor.  The plumbing, security and kitchen has to be outfitted, and all the furnishing and school equipment have to be bought.  We have a contractor ready to start – he says it will take 2 months,” said Jane.

Sharon added “We will train these girls how to sew, and bake, and of course finish their education.  Who knows what careers they will choose, what we do know though is that they will be given a choice.  When the girls graduate at age 18 they will be presented with a sewing machine so that they can set up their own business if they like.”

Shan said: “We’ve been in contact with the Anti-FGM Committee of Kenya, and Children’s Services officer in Nairobi county so we are ready to go”.

The fundraiser, on GoFundMe, will enable the “Henya Vocational School for Girls” to outfit the home/school, and clothe, feed, and train the girls for a five year period.  “Giving them 5 years will see them to adulthood” says Sharon.  “I’m retired now, but in my heyday my husband and I had over 30 employees in our ice cream parlour in Dar es Salaam.  If I can take just a little of my knowledge to improve these girls lives, I will.” 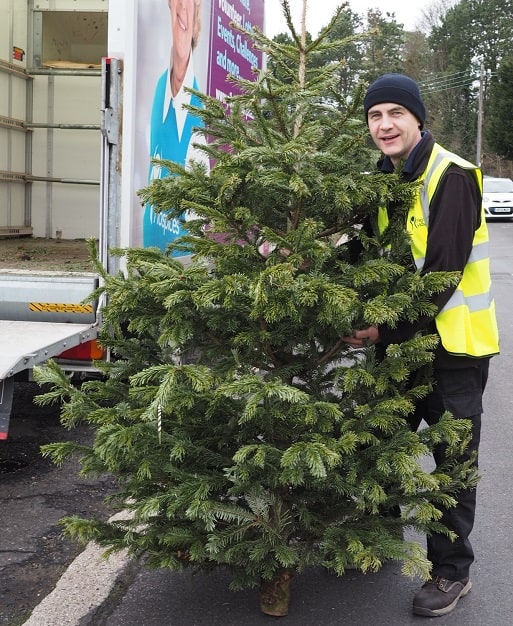 Pilgrims Hospices, east Kent’s hospice charity, has tree-mendous news to share. Pilgrims Hospices is proud to be rolling out the renowned Christmas Tree Recycling fundraising campaign into Canterbury and Thanet for the first time.

The environmentally-friendly fundraising initiative is celebrating a 10 year milestone since its inception in the Ashford Borough Council area. With the support of Kent County Council and Ashford Borough Council, the campaign has raised an incredible £125,000 to help deliver vital care for patients facing an incurable illness in east Kent.

Now with the fir-tastic support of Kent Country Council and Kent’s Household Waste and Recycling Centre (HWRC) and Transfer Station partner, FCC Environment, together the parties are helping Pilgrims with the extension of the scheme. The charity will be collecting real Christmas trees from households in the Canterbury City Council area and selected areas within Thanet (Margate, Westgate-on-Sea, Broadstairs and Ramsgate).

Help Pilgrims to take care of the planet and hospice patients one tree at a time! When it comes to saying farewell to the festive fir, the charity can help residents enjoy a hassle-free end to the Christmas period with the environmentally-friendly service, which is collected from doorsteps. Charity supporters can register real trees for a donation and Pilgrims team of volunteer elves will do the hard work in unison with FFC Environment at the Recycling Centres in Ashford, Canterbury and Margate.

The last campaign saw over 1,350 trees collected in the Ashford area and in excess of £21,000 was raised for vital hospice services. This year the charity hopes that residents in Canterbury and Thanet will help their local hospice by donating online and booking their tree in for the initiative

All trees must be booked online in advance through the Pilgrims Hospices website. The tale of the collected trees is that they are picked up on specially planned rounds by our volunteer elves and the trees are taken to the local FCC Household Waste and Recycling Centre.

From there, they are taken to two farm outlets in mid and east Kent where they are composted within a covered building system. From here two grades of compost are produced, these are a 20mm grade used for agricultural purposes and a 10mm grade used as a soil improver for general composting and landscaping uses. What’s even better is that, whilst helping to support the charity, donors will be reducing their environmental impact too. Some of the trees are also chipped and used for composts locally, some are used for horse jumps at an equestrian centre and others are chipped and donated to an animal rescue centre. So, as you can see, the tree’s onward journey is far more valuable than just being put out after Christmas.