Around 100 people gathered in Westgate today (November 28) as part of a Kent Day of Action in protest at development on greenfield and agricultural land,

The county-wide protest included an event organised by the Westgate and Garlinge Action Group Against Housing Development. 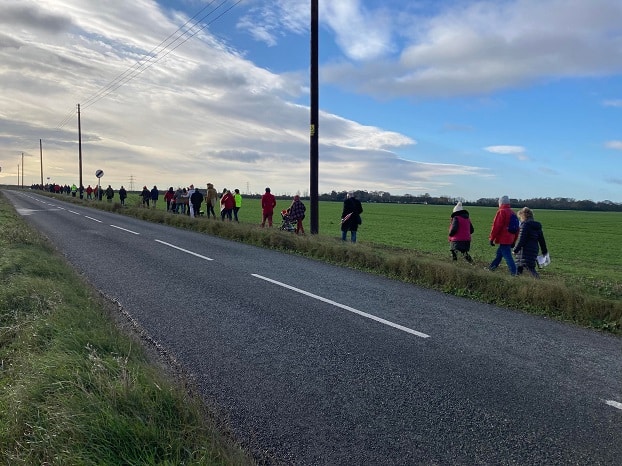 Millwood designer Homes wants to create up to 2000 homes, including up to 100 Extra Care units, a care home, two form entry primary school, health centre and shops, cafes and restaurants on 237 acres which includes agricultural land.

The Westgate Action Group Against Housing Development says the development of a ‘new town’ will mean a massive population increase, lost green fields and a change of environment ‘forever.’ 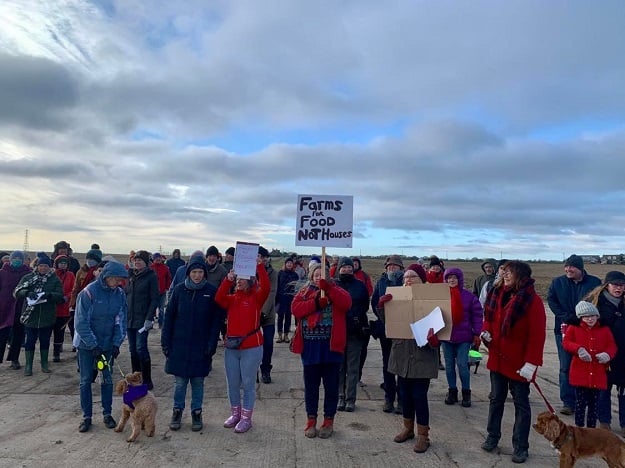 Westgate Town Council has also opposed the development plan, saying: “We have always been opposed to the building of houses on the grade 1 and 2 agricultural land, the loss of separation between Westgate and Garlinge, the loss of open space and the over development of our small town.”

The peaceful protest rally included banners and many people wore something red to reflect the ‘Code Red’ for climate emergency and anger at decimation of farmland. 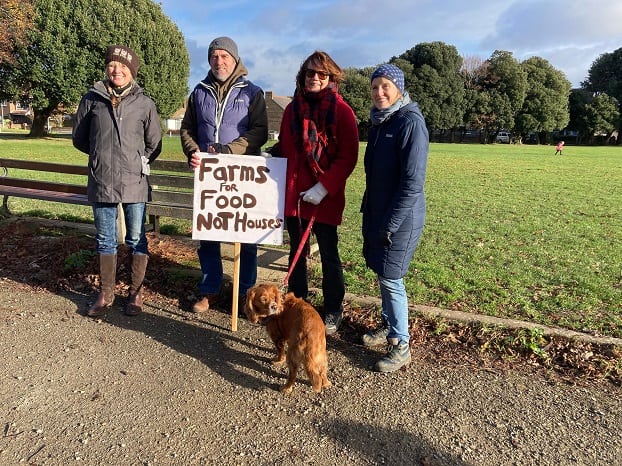 An action group spokesperson said: “We were very pleased with the turnout, an estimated 100 people.

“Lots were wearing red for Code Red for climate change and to show anger at decimation of our farmland.

“We had speeches from Penny, Cllr Pauline Farrance and Cllr Mike Garner and were delighted to have several other councillors there too showing their support.” 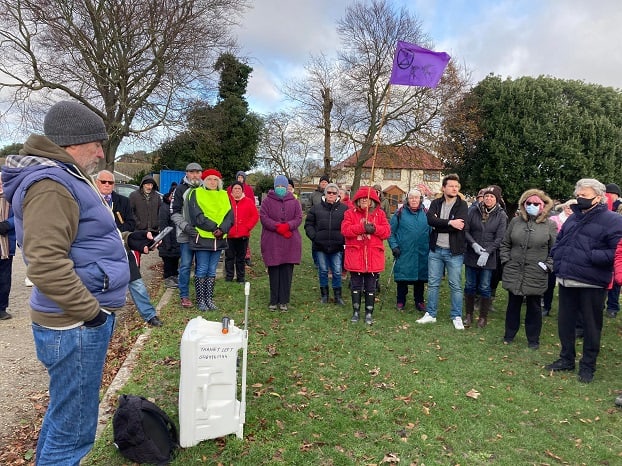 Penny added: “The group were very pleased with the turnout of approximately 100 people, particularly as the weather had been so cold and windy the day before.

“On the day it was still only about 2 degrees with a cold wind giving chill factor of minus 2. However , people were not deterred which is perhaps an indication of the importance they attach to this matter. Many had dressed in red to symbolise their anger at the development on greenfield land and also to signify Code Red for the climate emergency .

“People found addresses by councillors and a fact sheet provided very informative and most joined the walk across the fields on the footpath to Garlinge to view the extent of this development. We were proud to be one of 30 groups holding similar events across Kent demanding an end to the the scale of development across Kent and loss of greenfield land and particular the prime agricultural land such as that of Thanet.”

Cllr Garner, in his speech, said Thanet’s housing target of more than 17,0000 homes by 2031 had been ‘foisted’ on the district by central government.

He said: “The majority of the new houses are planned for greenfield, agricultural land. Farmland which will be lost forever at a time when we need to be growing and selling more locally. The devastating impact that these large developments will have on the biodiversity of the area is either being ignored or played down by those who are supposed to be protecting it when preparing planning reports.” 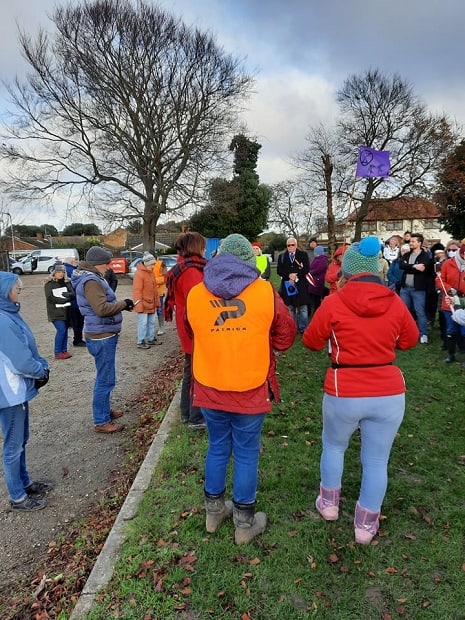 He also raised the issue of Southern Water sewage spills around the coastline as evidence that infrastructure can’t cope with the current number of houses in the area, “let alone adding another 17,000 to the network.”

He added: “It’s an uphill battle but the more who get involved with local campaign groups and the more who contact their local councillors to object to unnecessary developments in their area, the more likely it will be that things change, and we get the Thanet we deserve that puts people and places first rather than the concrete Thanet the property developers want us to live in.”