Its cream coloured Art Deco structures, porthole windows,  red roof tiles and four-sided ‘Lido’ beacon are a magnet for photographers and film-makers and the site holds a wealth of interesting features.

The old Clifton baths within the complex represent a unique survival of Georgian bathing history, there is a hidden subterranean network and echoes of leisure enjoyed from the plunge baths of the 1830s through to the nightclubs of the 1960s and 70s.

Today much of the site lies neglected – other than the Cliff Bar and snooker rooms owned separately from the rest of the complex.

Last month a huge hole has appeared in the pavement area at the Cliftonville Lido car park.

The surface collapsed at the area closest to the sea facing wall along from the Cliff Bar building.  It is thought poor drainage and years of neglect are contributory factors.

Demolition of the pergola on the site of the Margate Lido was carried out on Monday 1 November by contractors. The council’s Building Control department conducted a site visit and confirmed that the structure was required to be demolished on safety grounds.

A Thanet council spokesperson said: “As the structure was within permitted parameters for the demolition of a structure in a conservation area, as measured by its cubic area, the demolition was not subject to planning permission.”

Resident Ben Wykes has been into the complex since the collapse and his photos show a sad state of disrepair.

The Modern Provider bakery business owner said: “I’ve been a bit obsessed with the Lido and the current state of it since I moved here over 5 years ago. I’ve tried to find out as much as I could about it but the layers of ownership, administration, fallen through ideas etc seems incredibly complex.

“The recent ‘sinkhole’ in the car park presented an opportunity I couldn’t turn down. I knew where to go and explore once inside from previous research and just decided it was now or never. I don’t think anyone has walked by the Lido recently and not wondered what it looks like inside so I wanted to share the images.”

(Editor’s note: We do not advise entering structures such as the Lido without the necessary permissions and safety precautions).

Ben is now working on a plan to host a ‘Hades’ reunion party, possibly at the Winter Gardens.

He said: “I want to do ‘an evening with’ as I’ve gotten to know so many people who used to go there.

“It would include getting everyone together to tell their stories on stage.”

Keep up with the plans by following Hades Margate on Instagram.

The complex of buildings date over two periods – the early-C19 sea bathing site of the Clifton Baths; and the lido area, dating from 1926 and created by Dreamland entrepreneur John Henry Iles. It was called the Cliftonville Lido from 1938.

The Clifton Baths is the only known example of a sea bathing establishment which was dug out of the cliffs. 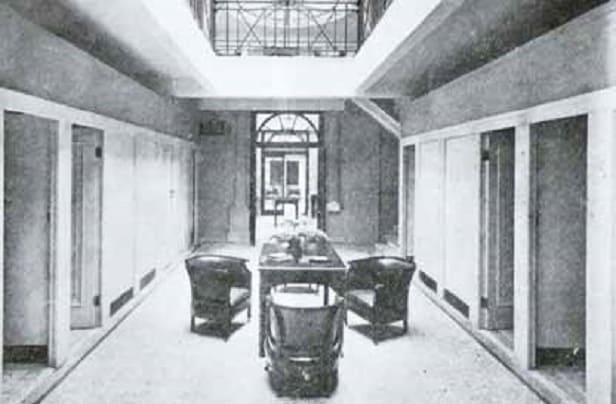 The lido was a semi-circular shaped pool which held 1000 bathers and could be emptied and filled every day with the ebb and flow of the tide.

At the landward end it had an amphitheatre for 3000 people and adjoining promenades and cafes. It also had slides, diving boards and moored floats.

The Cliff Bar was erected beside the sun terrace and could seat 1000 people with entertainment provided by orchestras on a circular stage. The Cafe Normandie was a large cafe where dances were held. It was destroyed by a great storm in 1953.

Various bars and clubs have had a home at the site including Seduction, the Golden Garter saloon, the Cavern, the Jamaica Bar, Hades and Echoes which was the last to shut in the 2000s.

The open air pool, where artist Tracey Emin learnt to swim, was closed in 1978 and filled in with sand.

The structures are on four levels, the lower levels excavated from the chalk cliffs and only the upper level, on the landward side, above ground level.

The Clifton Baths were Grade II listed in 2008.

Last year members of Save the Lido were clearing debris from the complex with the aim of regenerating it. Laser mapping of the area was completed by Thanet council and £44,000  was secured from the Coastal Revival Fund for a feasibility study. However, the team say they have been unable to access the site this year.

In 2014 plans for a sealife centre at the site were mooted but never came to fruition. The then-site owners  Stour Side Investments/Stour Side Developments put the complex up for auction in 2016 with a guide price of £600,000 but it was later withdrawn. 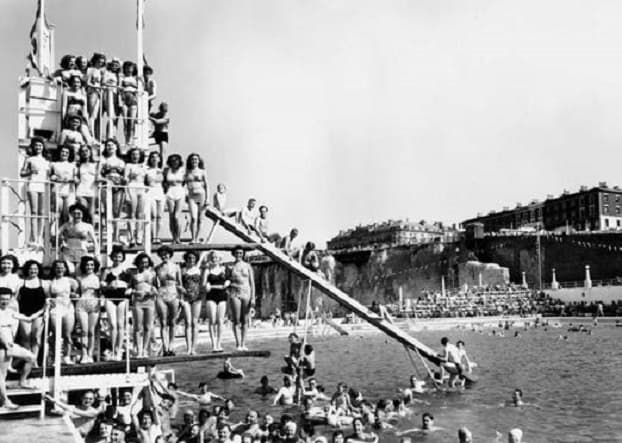 Administrators Duff & Phelps were brought in during July 2017 after concerns over business irregularities were highlighted. The assets of Stour Side Developments, including two sites at the Lido, remain in administration.

The third Lido site, of the snooker club, was bought by Lido Streetview Limited – run by long-time Lido manager Neville Borck and Martyn Buckley – for £100,000 in February 2017. Mr Borck is also a director of Lido Views.

This year a progress report from Duff & Phelps revealed a sale of the entire site is being considered.

The administrators say: “(We) have consequently been considering and exploring the options available to the company to enhance the value of the Lido 1 and Lido 2 properties in order to maximise realisations.

“It has been determined that a sale of Lido 1 and Lido 2 properties together with Lido 3 and the Lido Pleasure Centre as a collective development opportunity would enhance their value as compared to piecemeal sales.

“The Joint Administrators have reached an agreement with the owners of Lido 3 and the Lido Pleasure Centre and are currently marketing these properties for sale.”

The Joint Administrators also obtained from court a further two-year extension to the term of the Administration which will now come to an end on 11 July 2023.

The administrators add: “ The Joint Administrators contacted the owners of Lido 3 and the Lido Pleasure being Lido Views  and Lido Streetview respectively. Following discussions, the Joint Administrators reached an agreement and entered into an option agreement on 17 June 2021 which, in consideration of the Company paying £25,000 (which it has paid), grants the Company an exclusive option to purchase the Lido 3 and the Lido Pleasure Centre from Lido Views and Lido Streetview respectively for a set amount.

“The term of the agreement is 2 years, expiring on 16 June 2023. It was also agreed with Lido Streetview and Lido Views that, during the period of the option agreement, they be granted leases over both Lido 1 and Lido 2.

“As a consequence of entering the option agreement, the Joint Administrators are able to market for sale Lido 1 and Lido 2 properties together with Lido 3 and the Lido Pleasure Centre as a collective development opportunity.”

In 2018 a proposal to develop a 100-room hotel and 90 apartments was put to Thanet council in a pre-planning document.

The scheme, from father and son developers Ralph and Alistair Noel, cited: “An iconic residential development of apartments would be built into the cliffs to the west of the site, echoing the layered balconies of the old Lido. Above the hotel and apartment there would be a publicly accessible cliff top sculpture park.

The entrances to the apartments, car park and hotel as well as some hotel rooms would rise up into this park as low-rise features. Together with restored glass dome over the historic Clifton bath these features would appear as sculptural forms in their own right.”

The Noels, who do not own the site, are yet to progress their plans.