Thanet Veterans – Belonging and Celebrating, a project to support veterans in Thanet, has very successfully completed its first phase with more than 30 residents from Maurice House, the Royal British Legion Care Home in Broadstairs, getting involved in creative activities including singing, simple ceramics and making animated films.

They say you’re never too old to learn and the veterans in Maurice House have certainly shown that. Reg joined the singing group , singing with others for the first time, just 10 days short of his 100th birthday.

Tracy Tremble, Maurice House manager, is thrilled with the impact the activities have had. She said: “Our residents, including those living with dementia, have responded magnificently and produced articles they are rightly proud of. It has been very important for everyone’s morale to involve new faces and new activities to help offset the damaging effects of the pandemic.” 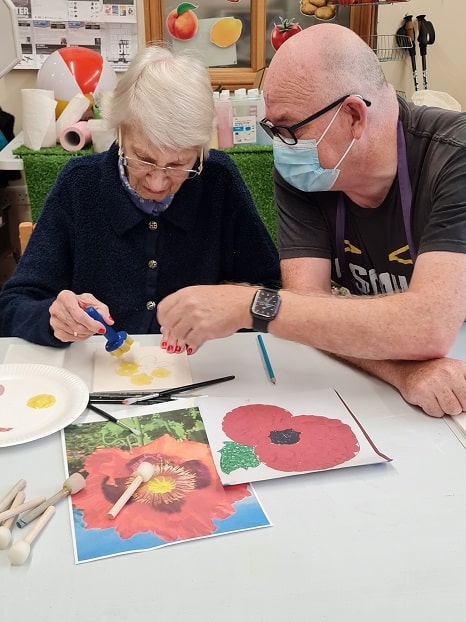 The project, funded by the Armed Forces Covenant Trust and run by Kent Arts and Wellbeing on behalf of Age UK Thanet,  is now entering its second phase – engaging with veterans in the community.

Open to both veterans (anyone who has served more than 1 day in the armed forces) and their dependants, the project offers opportunity in singing, ceramics and animation.  Free sessions will be run at  Age UK’s centre in Margate and the RBL Club in Minster.

The final phase of the project will be an exhibition and concert to be held on Saturday, March 12 in Holy Trinity Church in Margate. The concert will feature the veterans’ choir, who will be joined by the Central Band of the Royal British Legion.

Anyone who would like to be involved or simply know more should contact Ken Scott, the project lead on either ken@kentartsandwellbeing.org.uk or 07884497478.