Characters from Charles Dickens’ novels walked off the page and right into the classroom at Chilton Primary School in Ramsgate.

The costumed Victorians were special guests of Year 2 children who are exploring the lives of People from the Past in their history topic.

The characters, who can usually be seen at The Dickens Week Festival in Broadstairs, helped bring learning alive by sharing their Victorian tales with the wide-eyed six and seven-year-olds.

In full period dress they revealed their encounters as Dickens’ characters, introducing the books in a child-friendly manner. They also shared their knowledge of how Broadstairs inspired some of the characters and settings.

Year 2 teacher Sophie Barlow, who arranged the visit with fellow year group teachers Grace Howell and Emily Davey, said: “We are always trying to think of new and exciting experiences for our children.

“As a local historical figure Charles Dickens was the perfect person from the past to learn about – having visitors from his world come into the school really helped bring learning alive.

“The girls and boys left the talk inspired and motivated to learn more about Charles Dickens and his world-famous books.” 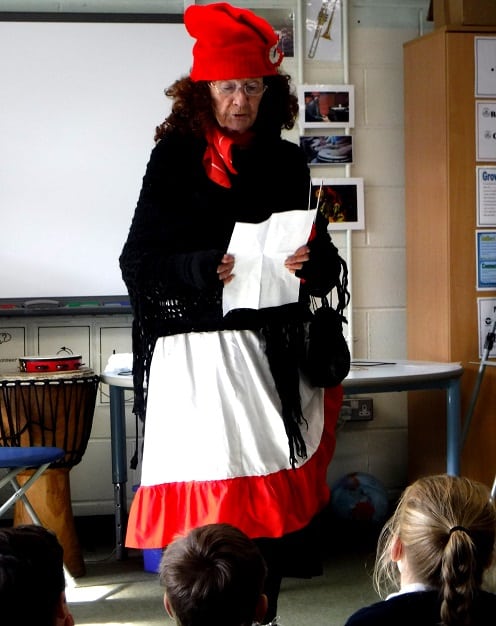 The children agreed. Albie said: “I loved hearing about the different books and can’t wait to read them,” while Sophia and Freddie enjoyed seeing the costumes and the stories their visitors shared.”

In their following research Year 2 learnt how Dickens used to holiday in Broadstairs and how he even wrote one of his books there. They also used their knowledge of him to investigate how different their lives today are from those in Victorian England.

Among the interesting info they amassed was that Dickens started work at the age of 11, had a pet raven called Grip, wrote 15 novels in total, was born in February, loved to write and read, and enjoyed loved spending time with his family.

Charles Dickens holidayed at Fort House in Broadstairs in the 1850s and 1860s, and wrote David Copperfield during his time there. He is also said to have penned out Bleak House whilst in residence, hence the change of name of the building in the early 1900s to the one that still stands overlooking Viking Bay today.

Other historical the children have found out about include Florence Nightingale, the Lady of the Lamp who showed how trained nurses and clean hospitals could help sick people to get better. Pupils imagined they were Florence and wrote amazing letters all about their experience in the Crimean War

They have also studied the exploits of explorer Christopher Columbus. They created their own compasses and followed their own map around the classroom to discover the different foods that Columbus came across on his voyages across the world.