Thanet property developer Blueberry Homes says it is way ahead of schedule at the Ramsgate seafront Royal Sands development with the sale of 46 luxury apartments, including all 21 from phase two, sold in the last eight weeks and generating over £10 million.

The Royal Sands development is a three-year programme to build 106 luxury apartments, a 60-bed hotel, leisure facilities, restaurants and shops in a £50 million redevelopment project of the former Pleasurama amusements and funfair site.

Work onsite began at the end of the summer of 2020 and Blueberry Homes is due to start construction of the next phase – nearly 12 months ahead of schedule. Residents are settling into the first phase apartments.

A Blueberry Homes spokesperson said: “We’re bowled over by the level of demand for the Royal Sands Ramsgate development and as every week passes, demand for the scheme grows.

“We’ve had some lovely comments about the apartments and the scheme in general, and we’re all looking forward to its evolution and to see its positive impact on the seafront and the towns economy over time.

“We see the development becoming a part of the fabric of Ramsgate’s seafront lifestyle and culture.”

A national report in 2021 published by Property Market Index.com discovered a rising demand from Londoners wanting a home by the sea, suggesting that more people working from home as a result of COVID and the subsequent need for more space at an affordable cost, as well as a new desire to leave the urban confines of a city after months of lockdown, is driving up demand.

Out of 20 seaside towns, Ramsgate was listed as the number one most desirable area to relocate to from London in the latest Property Market Index Rating. 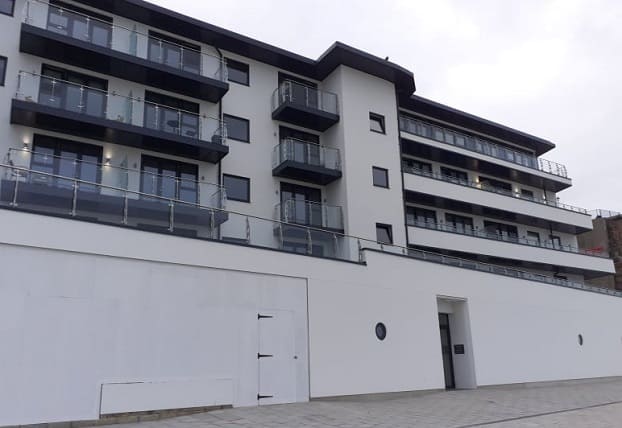 Blueberry Homes sees the rise in coastal property demand coinciding with the regeneration of Ramsgate’s seafront, saying: “The seafront is becoming a vibrant, culturally rich place to enjoy, there’s a great buzz about the seafront and Royal Harbour, which just celebrated 200 years of royal ascent in September, and it definitely seems to be heading to a new dawn.”

The Royal Sands plot had been empty since a fire in 1998 devastated the former funfair on the land. Thanet council made a compulsory purchase on the land in 2001 after plans for a shopping centre failed to take place.  In 2004 planning permission was granted for a 60-bed hotel, 107 residential apartments, leisure facilities and retail. 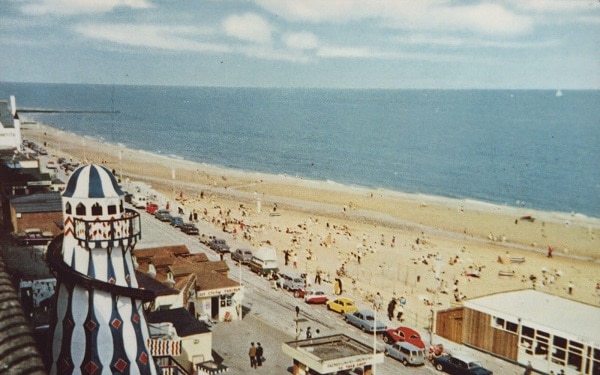 The deal was headed by development company SFP Venture UK but work never got underway and lengthy wrangles followed.

In 2019 significant control of the Ramsgate Development Company, which holds the leases, was taken over by Martin Rigden of Blueberry Homes and construction began in 2020.