Allotment holders at Jackey Bakers in Ramsgate have arranged a meeting with Dame Janet primary to raise concerns that school plans to move a public pathway will result in the loss of trees and shrubbery and damage wildlife.

The allotments off Stirling Way are next door to the primary with the tree line running along the border.

Dame Janet school wants to move the existing footpath, which cuts through the middle of its site providing access to Jackey Bakers playing fields, to instead run alongside the boundary with the allotments.

The school says the footpath running between the infant and junior sites at Dame Janet  has always meant concerns surrounding safety. In order to move between sites, children and staff have to exit the school onto Newington Road. The introduction of a diverted footpath would allow the site at Dame Janet to be joined.

The school says there are also issues over emergency procedures and security while the sites remain split. 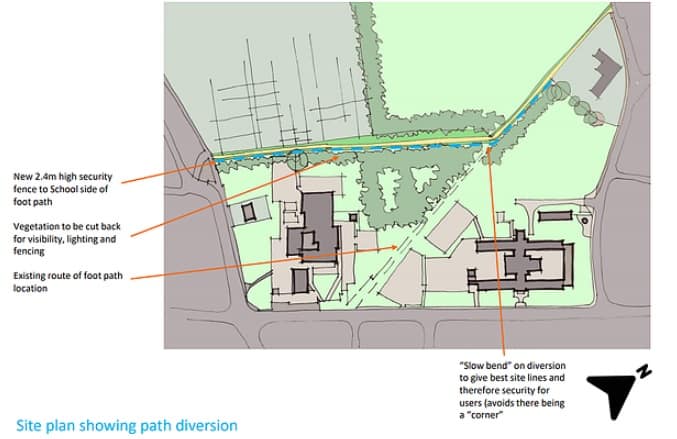 On the school website it says: “A split site leads to a need for a split fire alarm system, split evacuation points, different places to sign in and out – even split addresses registered with the emergency services.

​“The current footpath has good tree cover and is overgrown. In the past this has led to an ideal place to access the school away from vision. Recently the school has experienced a number of break-ins where access has been gained from the footpath. We have also, in recent months, had people camping along the footpath and on the land belonging to the academy at the rear of the site.

“By relocating the footpath, the academy proposes to make this a lit path with the possibility of coverage from the schools’ CCTV.”

But, allotment holders say the plans appear to involve the removal of the trees on the boundary which are a haven for bats, birds and foxes.

Mark and Fran Richards have had a plot at the site for eight years. Mark said: “The plan shows trees further up but the area we are concerned about is just listed as scrub. We do not want the bats, foxes and other wildlife disturbed.”

Fellow allotment holder Dave Rebar Long said: “The issue is that there is a well established hedge and tree line there which they are planning to take out. There’s a lot of wildlife within it including bats, squirrels and a bird of prey has been sighted there too. We at the allotment want it left, we think it’s around 60 years old. Also from an environmental perspective it helps with emissions from the traffic lights.”

Dave says the plans for lighting the new pathway are also an issue. He said: “That lighting will disturb the wildlife and the bats will leave. Ideally we would ask them to put in low post lighting.” 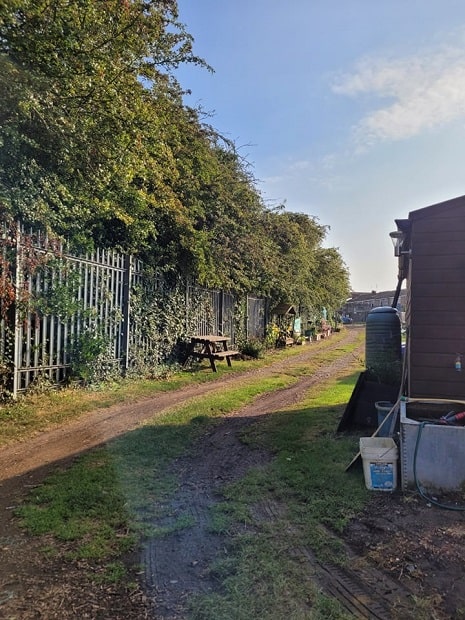 Site rep John Moosab says there are also security worries. He said: “If the trees are taken down it leaves us open for vandalism.”

The allotments have 105 plot holders who form a thriving community and grow everything from grapes and apples to veg and beautiful flowers all year round.

The group say they would like to suggest some alterations to the plans.

Mark said: “They could move the proposed new pathway over by about one metre on their side of the land. This would leave the tree line and still do what the school wants.”

According to the school’s website: “Dame Janet recognises the need to protect the environment. We are a recognised eco-school, encourage and make great use of our Forest School for outdoor learning and try our best to implement green energy initiatives such as solar panels, LED lighting and improved heating and insulation.

“Along the current footpath there are a number of small trees and overgrown bushes, many of which are not maintained. To create the change at the academy we would need to remove these.

“It is our intention along the new fence line for the footpath, but managed within our site, to plant new trees.”

The allotment holders have a meeting with the school on November 3.

The Isle of Thanet News has contacted Dame Janet school about the concerns and is waiting for a response.