The Environment Agency is carrying out a criminal investigation into a Southern Water waste discharge made on June 16/17 which resulted in advice not to enter the water at 11 Thanet beaches and bays, it has said in an email to district councillor Rob Yates.

The wastewater release at the Foreness Pumping Station was due to a lightning strike and heavy rainfall, said Southern Water.

The company said the lightning strike caused a power outage and also disabled the telemetry systems, causing the discharge via the outfall. Power was restored to the site via power from the emergency generator but not in time to help the telemetry to control the site as intended.

It resulted in a release from the outfall pipes into Palm Bay and Margate Sands which impacted the majority of Thanet’s coastline.

A public protest march to the pumping station following the incident was attended by hundreds of people including Thanet Green Party members, Surfers Against Sewage, a Travellers community representative, Margate ward councillor Rob Yates and members of Friends of Kingsgate and Botany Bay.

The site at Foreness Point (Margate WwPS) is permitted to make certain types of discharge to the environment. These discharges are specified under conditions of an environmental permit that was issued by the Environment Agency.

Environment Agency officers previously confirmed that they were also investigating a release on June 27 and whether that discharge was in line with the site permit. 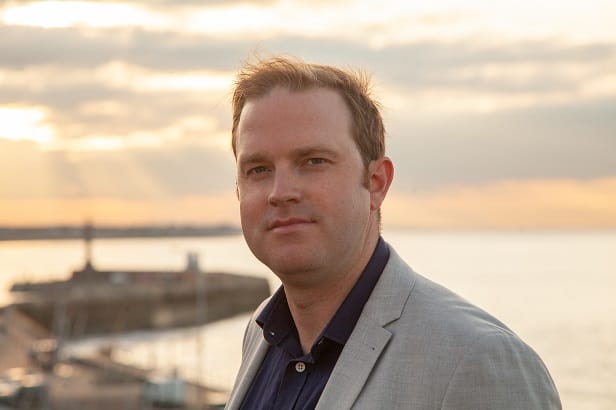 Cllr Yates has been calling for a number of actions, including assessment of whether a new, fit for purpose pumping station needs to be built at Foreness.

Confirmation of the criminal investigation was received by Cllr Yates following communication with the Environment Agency and queries about Southern Water’s permit.

“As this is an ongoing investigation we can’t comment any further at this time. We take our responsibility to protect the environment very seriously.

“Water companies have a legal duty, to avoid pollution and must act quickly to reduce any damage that happens as a result of their activities.”

A Southern Water spokesperson said: “Since the lightning strike at our Margate works, we’ve been working closely with the Environment Agency and conducting our own root cause analysis of the incident which will help us to make assets more resilient in the face of extreme weather events.

“As is usual, the EA is conducting its own standard investigation and we will continue to share all relevant data with them. Southern Water is one of the most open and transparent company on environmental information in the sector. Protecting the environment is our key priority.”

In September Southern Water agreed to commission a full drainage survey of Margate and the surrounding areas in order to improve resilience of Foreness Point pumping station. The survey, estimated to come at a cost of some £400,000, will record all of the water pathways that contribute surface water and rain water to the drainage system. It will also assess the amount of water which is added to the system during storm periods.