The art has been created by local, national and emerging artists and runs until October 9.

The show is an eclectic mix of established painters, printmakers, illustrators, photographers, sculptors, first time exhibitors and many much loved Lovelys’ artists past and present.

The opening day will include a chance for drinks between 1pm and 4pm. 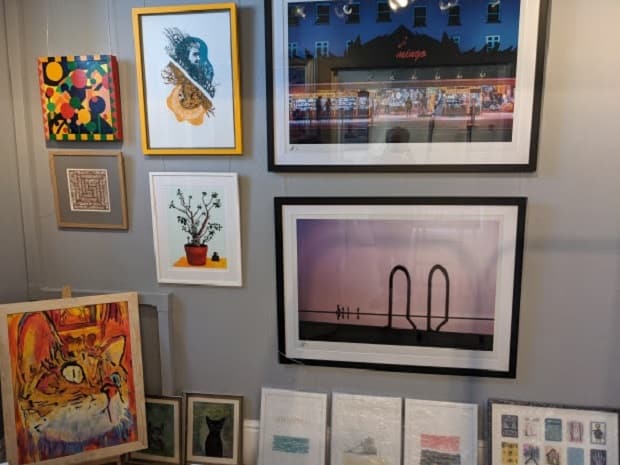 All money raised from the exhibition hanging fee, and any donations made during the show, will be donated to the Pilgrims Hospices.

In July, Lovelys in Northdown Road marked its 130th year with a weekend of talks, drawing, bunting making, Prosecco and cake.

Customers are asked to continue wearing face coverings (unless exempt) whilst visiting the gallery &and shop. 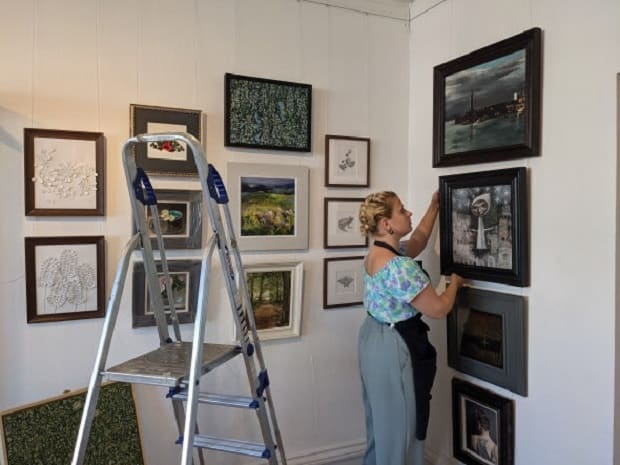 Lovelys stayed open during two world wars despite the Margate shop being bombed.  Edward’s son Henry, also in the business, was a Master of the Fine Art Trade Guild and is believed to have  designed the trade logo, still used today. He met many famous artists including L.S.Lowry and  Walter Sickert also frequented Lovelys. In the 1950s Henry Lovely was fortunate to be asked to restore a painting attributed to Rubens. 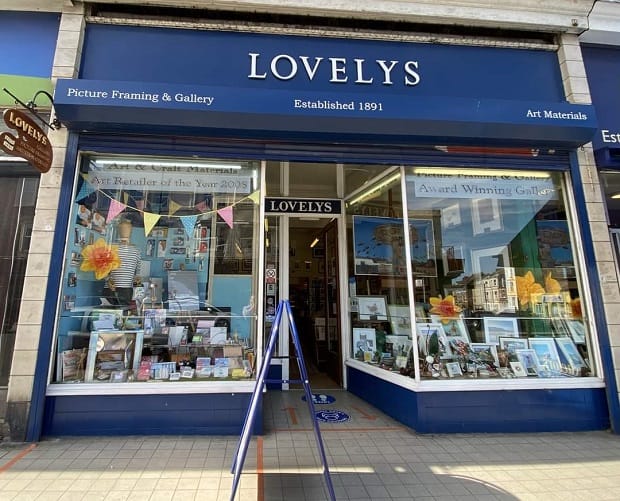