A fundraiser has been launched to pay for intensive therapy for a ‘happy, smiley’ little Ramsgate girl who has a rare genetic condition.

When Rosie was three weeks old parents Amy and Richard discovered she has rare 1p36 Deletion Syndrome, meaning she is missing a part of her chromosome 1.

1p36 deletion syndrome is believed to affect between 1 in 5,000 and 1 in 10,000 newborns. However, this may be an underestimate because some affected individuals are likely never diagnosed

The condition affects children in different ways but there are some common characteristics such as having small stature, weak muscle tone – which can cause problems swallowing and with sitting, crawling and walking –  difficulty talking and some intellectual disability. There are common facial characteristics and other issues with sight, hearing and behavioural problems but the extent of any of these varies from child to child.

Amy and Richard, who are also parents to five-year-old Elsie, hope that specialised therapy sessions at Footsteps centre and foundation in Oxford will help Rosie to gain muscle strength so she can sit and crawl and eventually, hopefully, walk. 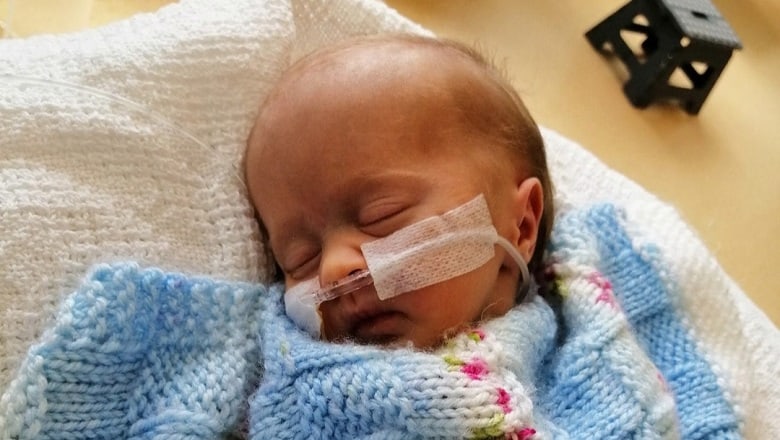 Amy, who was working at Dreams bed shop in Westwood  before Rosie was born, said: “I had Rosie in lockdown last year so there were all the restrictions. Rosie was born six weeks early by C section because she was not growing properly.

“She was taken to the special care baby unit and then to Ashford because she was so tiny. She stayed there about five days and then was well enough to come back to QEQM.

“We were only allowed to see her one at a time so didn’t actually hold Rosie together until she was three weeks old, when we took her home.

“She was having tests done and I was on my own and I was by myself when I was told the diagnosis.

“I didn’t for one second think the genetic tests would come back abnormal but when I was going home the doctor cleared the room and said the test was abnormal and read a letter that was gibberish to the normal person.

“I had never heard of 1p36 and when I asked if she was going to be normal the doctor said she might be and she might not be.

“I went outside and literally cried and screamed.

“I looked it up straight away – it was a big mistake to google it as everything talked about developmental delays and used really harsh words because most were American sites, and talked about not walking, talking or being able to eat without NG tubes (Nasogastric tube feeding) and needing to be cared for during their whole life.

“I couldn’t believe it and when I went back to the hospital I said to the nurse that I needed a doctor to explain it to me and Richard properly because they couldn’t just throw a bomb on us like that.” 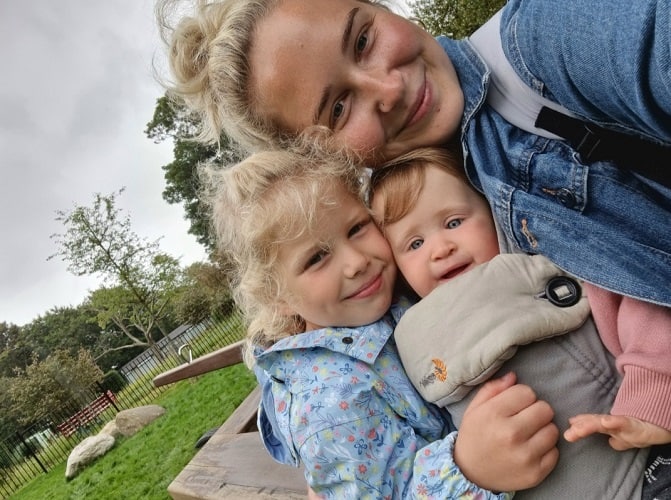 Amy says the couple were told that it was likely Rosie would just be small for her age but the condition actually has many more difficulties.

Amy, 25, said: “Rosie does have this condition and we do not know what the outcome will be for her as there is a really big spectrum, some children will walk and talk, other people have it and don’t even know until they have children also with the condition and then there are cases where children are badly affected, so we just don’t know.

“That’s why we want to do all we can to help give Rosie that push. We pay for private physio every two weeks which is £70 an hour and we want to take Rosie to Footsteps where a week will cost £300 with another £400 for accommodation for me and Rosie. We would want to then go back for another week as many times as we can.

“It is difficult as I couldn’t go back to work after my maternity leave even though I loved my job and they were so understanding, which means it is just Richard’s income.” 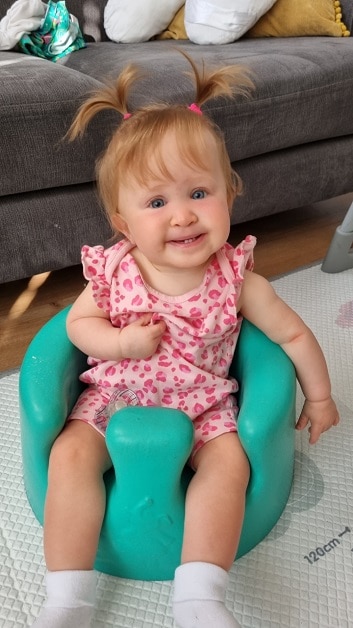 The Footsteps Centre specialises in intensive rehabilitation of children and young adults with cerebral palsy, genetic disorders, epilepsy, other neurological and neuromotor disorders and undiagnosed conditions.

The aim is to improve physical, cognitive and speech and increase confidence to improve quality of life.

Amy said: “Rosie is really happy and smiley, when I say cheese to her she does a big, cheesy smile.

“Lots of people do not realise there is anything wrong but they think she is about six months and when I say she is nearly 15 months you can see them wondering why she is so small so I explain it.”

Amy and Richard are now on a mission to help Rosie reach milestones despite the odds. 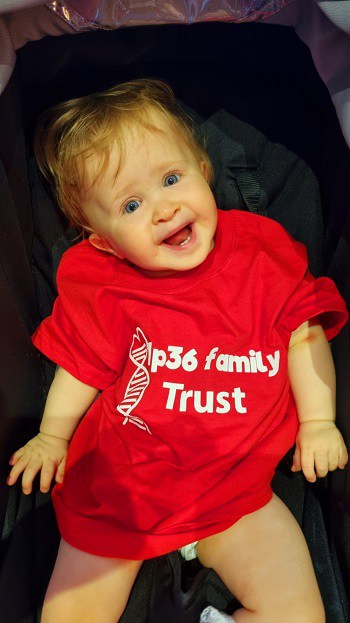 Amy said: “We don’t know what the future holds for Rosie, she may never walk, talk or chase after her big sister in the park but we want to give her a fighting chance.

“Children with the same deletion as Rosie have used Footsteps and had amazing results. I hope this will be the same for her.”

The family hope Rosie can attend her first week at Footsteps, with one hour per day therapy, at the end of this month and then return a month later with further visits if funding allows.

To find the fundraising page for Rosie click here

The 1p36 Family Trust is a registered charity devoted to supporting children and adults affected by 1P36 Deletion Syndrome and their families in the UK.