Along with his colleague Mike Westhead, Standard Bearer for the Prince of Wales Sea Training School Association, they met up with Ramsgate mayor Raushan Ara for the hoisting of the ensign.

Phil said: “The poem “Heroes” was recited by the Mayor’s driver, himself an ex-seafarer, as we “dipped our Standards”. 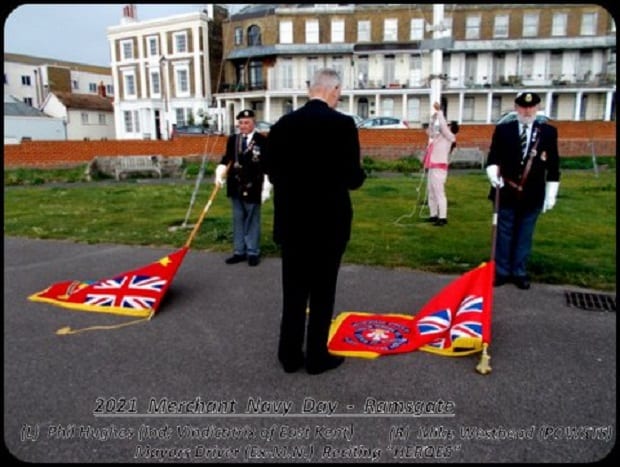 “This poem is recited at almost every Merchant Navy service around the world and it means so much as it was written by a retired merchant seaman.  We had a number of people passing by who asked what we were doing and what was the significance, so we spent time explaining the reasons behind Merchant Navy Day.

“We then moved to Broadstairs for our own wreath laying where we were joined by our colleagues of the Marine Officers Society of Thanet. Here we laid our wreaths and “dipped our Standards”. 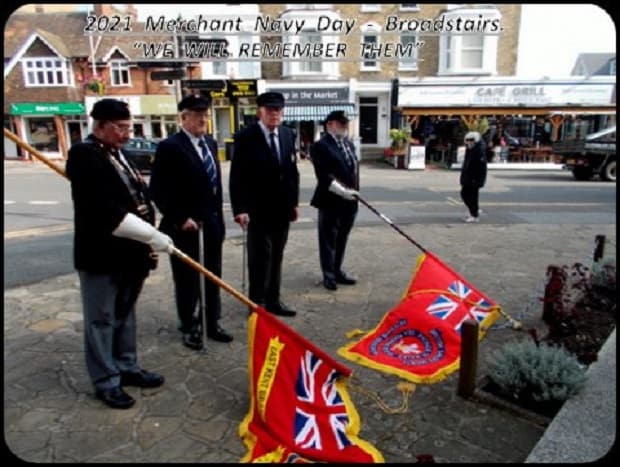 “Again a number of people enquired so we explained and one lady in particular thanked us and the Merchant Navy, especially our wartime seafarers, for what we did.  She said that if it wasn’t for the Merchant Navy and their seafarers she would not be standing there and we were greatly moved by her words as she said “Thank you” so many times.

“Before we parted she thrust a £5 note in my hands for us to do with what we wanted and we refused it but she insisted we take it. All present decided it would go to the RNLI.  We want to publicly thank her, from us all in the Merchant Navy.”

The Red Ensign flag was also raised in Margate on the Nayland Rock Falstaff, the Old Town Hall and Thanet council offices.

Ramsgate mayor Cllr Ara said: “I was deeply honoured to have the privilege of raising Merchant Navy “Red Duster” .

“The Merchant Navy seem to be an almost hidden service, as they so rarely receive the recognition that they deserve.”

It was on this day in 1939 that within hours of World War Two being declared the Merchant Navy suffered the UK’s first casualties when the liner Athenia was torpedoed and sunk with the loss of 118 lives, both crew and passengers. 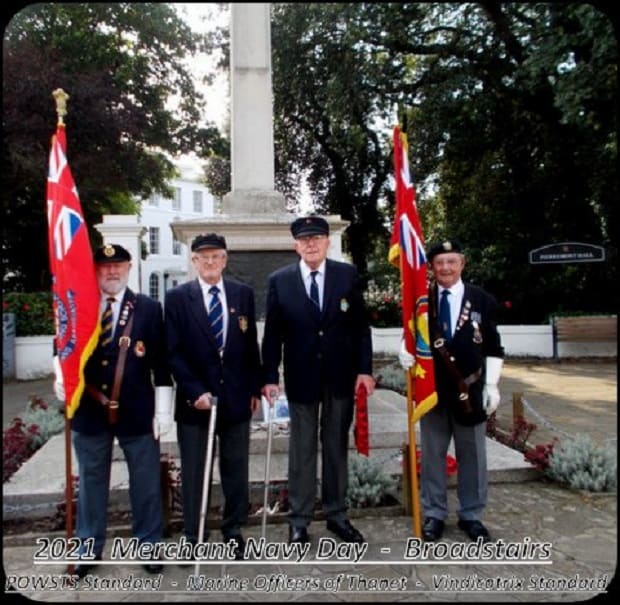 During World War Two the country lost 2,524 merchant ships, 30,248 seafarers lost their lives and 15,081 were either missing or held as POWs, this was a higher percentage than the Armed Forces.

On May 7, 1945 the Merchant Navy suffered the last casualties of the conflict when the cargo vessel Avondale was sunk with the loss of two lives. 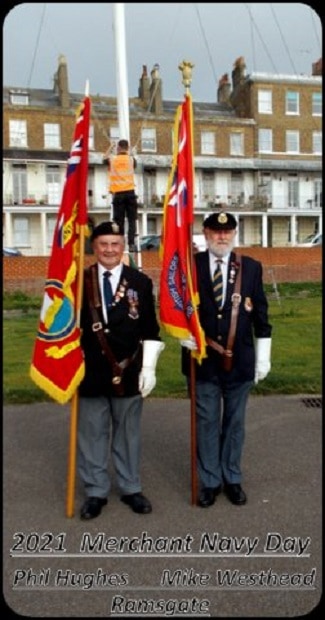 The Merchant Navy and merchant seafarers kept the country and the Commonwealth supplied with food, clothing and oil and transported thousands of troops and millions of tonnes of equipment to the theatre of war.