A Thanet athlete who was diagnosed with stage 4 lung cancer last year has written a book of her journey to raise funds for charity and give inspiration to others.

Lyn Sole, from Margate, was 57 when she joined Thanet Athletics Club in 2016 because she wanted test her skill at the long jump.

Lyn, now 60, said: “I was quite good at it at school and thought I’d just do the long jump but they wouldn’t let me unless I trained with them!”

Lyn has become an integral member of the club, winning a clutch of medals and taking the title of Kent master’s long jump champion in 2018 when she scooped gold during the competition hosted at Medway Park.

But last year Lyn noticed breathing problems during training and then suffered swelling to her face. 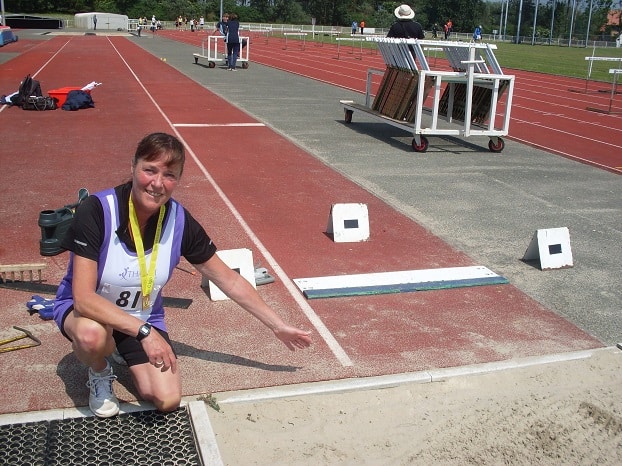 The veterinary practice  receptionist said: “All of a sudden my face started swelling and my breathing wasn’t right. I noticed breathing problems when training. The doctor thought maybe a heart condition but because it was getting worse I was sent to hospital

And that’s when the scan picked up the tumour on her lung which was blocking a main artery.

Lyn said: “I didn’t see it coming. Me and my partner Tim thought it was something to do with my breathing, that maybe I had been doing too much, and all of a sudden we find there is a tumour on my lung.

“To start with it left us pretty numb but then we started on this whole journey, there were more tests and we hoped they were wrong, then there were CT and Pet scans, biopsy, plans for treatment – and then it became real.

“We then felt ‘let’s just get going, get treatment started.’ I’ve always had a very positive outlook on things.

Treatment involved chemotherapy, radiotherapy and  immunotherapy – an infusion of a group of medicines that stimulate the immune system to target and kill cancer cells.

Although there is no cure the cancer can be controlled with treatment. Lyn is responding well and now receives the immunotherapy regularly.

She said: “When I got the diagnosis we (Lyn and Tim) sat down and talked, we are very open and honest about everything. It is ongoing, it is never going to go away and there is still a whole journey ahead but we will embrace that and go on that journey together.”

The book was created from a journal Lyn has been keeping.

She said: “Tim said I should keep a daily journal so that’s what I did and I charted absolutely everything in it. 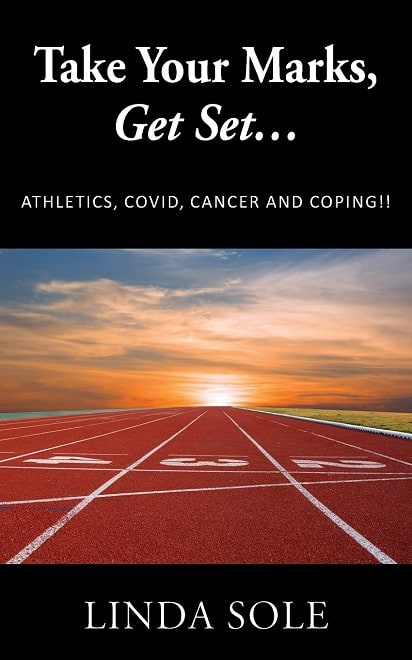 “Just after Christmas we were reading through it and Tim said it would make a good book. So, I did it. I had most of the material already there but then had to remember childhood times which was quite hard. I charted all my athletics and how I had done in that and put it in book form. I finished in around April and it is now published and on Amazon.

“I wanted to try and be a little bit inspirational for other people who have got cancer or are caring for people with cancer, it is about being positive.

“It’s quite eclectic, there is a mix, some is funny and some is obviously not, my friend read it and said she laughed and cried her eyes out.

“When I first held the book in my hands, I couldn’t believe I had done it!

“There is no other gain in it for me, but if I can help even just one person I’m happy. I can’t climb mountains to raise funds but hopefully this means I can raise a little bit of money for the charities that helped me.”

Lyn is unable to return to work yet as her condition makes her vulnerable to covid but she has started some gentle athletics training.

She said: “I can’t run at the moment because the chemo wiped me out but I have started doing just a little bit of training at home and I go and see them all at the club and write up their reports.” 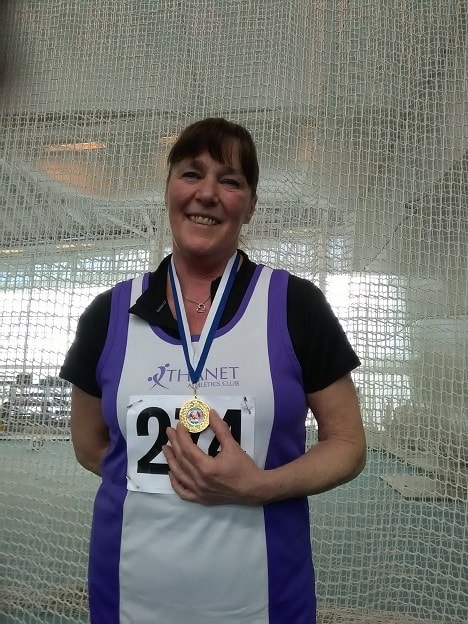 The book starts with a brief life history, and then moves on to Lyn’s journey with athletics, the Covid 19 crisis, and the diagnosis of lung cancer.

It explains in detail the journey from diagnosis, treatment, and all of the things that went wrong and how Lyn and Tim have managed to get through it.

Find Take your marks, get set… on Amazon here