Brighton street artists The Postman are set to work with Houdini’s Magic Bars next week installing artwork images of the legendary magician Harry Houdini at the sites in Broadstairs and Canterbury.

The installations, taking place tomorrow (August 16), are to celebrate the bar’s 5 year anniversary.

Houdini’s Magic Bar was founded by Sam and Claudette Watson in 2016 in Broadstairs with a second in Canterbury opening in 2018.

Customers can drink, relax and unwind while watching different kinds of live magic by some of the finest magicians in the country.

Since opening Houdini’s have not only entertained thousands of people, including Derren Brown and Jamie Raven, but have won some 15 awards for their unique concept, experience and high customer service. The Kent Life Food and Drink awards resulting in them scooping a win three years consecutively. 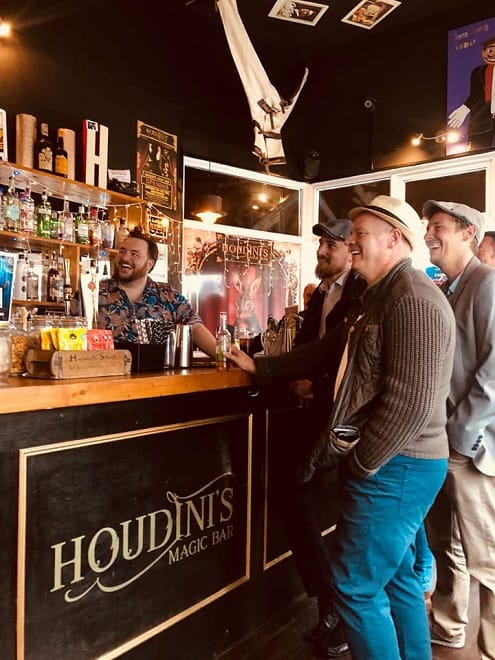 Sam is an award-winning magician who founded the Black Card Club and is a member of the Magic Circle – with an associate of the Inner Magic Circle with silver status for his services to magic.

Sam started performing magic at the age of 11 after falling in love with the art when watching Paul Daniels on TV every Saturday night and then a magic set for Christmas kicked off his serious interest.

He was picked to perform at the House of illusion in Salou, Spain when he was just 17 and performed as an illusionist every night for a season. On his return he was one of Kent’s busiest performers working at weddings and corporate events. It was Sam’s dream to own a magic bar, and when his wife, Claudette saw a perfect location, they went for it – on a whim, with no bar running experience – just passion and the love of magic.

Sam said: “We are thrilled to have The Postman agree to leave their mark at both of our venues! We have been performing magic and making amazing cocktails for the public for five years and to mark this special anniversary we wanted the man himself to be here at long last.

“So, after many chats and with the help of  The Postman, Harry Houdini will be on the walls of both of our bars. The guys at The Postman are unique and full of mystic and that’s why they are perfect for us. They have given Houdini a 21st century twist which we love and a huge amount of work has gone into the artworks. We can’t wait to have him here at long last. Welcome home Harry!”

The Postman added: “When we got offered the job at the Houdini bars, we got very excited as we hadn’t  made an artwork of a magician before and we hadn’t painted an official mural in Canterbury and Broadstairs.

“It was also a challenge as all we had to work with was a couple 100+ years old facial images of the famous illusionist. The remaining pieces of the artwork had to be created from scratch, so we visited a few costume stores to gather material and staged a photo shoot.  Bringing Harry Houdini into the 21st century and sharing him with our audience is an honour for us.” 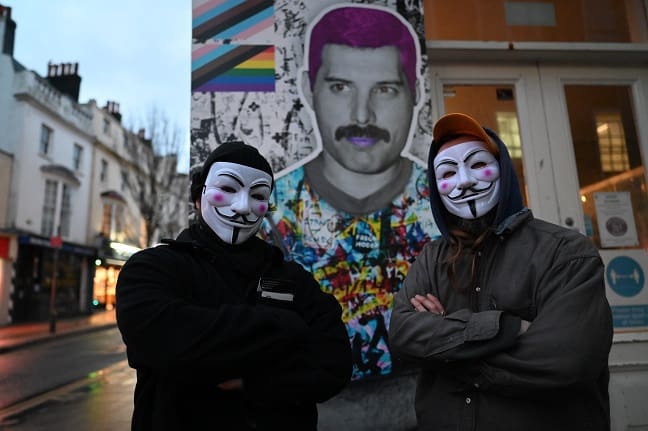 The Postman was born in Brighton in 2018 when two people met by chance and discovered a shared love for street art. The pair became best friends and have since set off on many adventures together. They are rather private individuals and prefer to operate anonymously and work with an ever-growing circle of friends called The Postman Collective.

Many of their artworks live exclusively on the streets and are never available for purchase. They describe these pieces as ‘impermanent art’, which fades over time, and their fans love to seek these out before they disappear. Their style of street art aims to entertain and cheer up the public. It’s positive and inclusive nature allows people from diverse communities to see themselves represented and heard.

The artwork will go in place at the Canterbury venue in St Peters Street at noon and then in the Broadstairs bar at 4pm.