Devastated pet owners are calling for police to take action after reports that two Huskies killed cats and a rabbit after escaping from their owner’s Margate property last night (August 10).

The Huskies are alleged to have killed at least one cat with two others seriously injured and being cared for by vets and also killed a rabbit after ripping open the hutch.

Devastated owner Stacie Goddard is mourning the loss of her 16 year old cat Lilly who was mauled by the dogs. 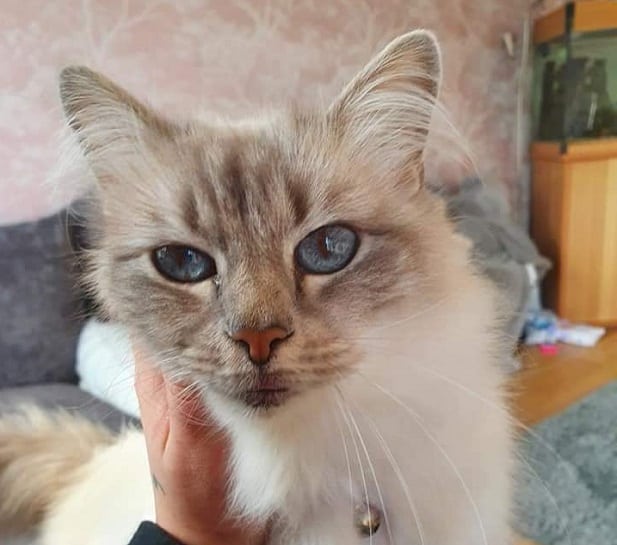 Stacie said: “We got her last March after her owner died. She is a therapy cat for our autistic daughter.

“She was a big part of our community, she loved sleeping on everyone’s shed and cars and she was a well known cat who loved a good head scratch.

“She didn’t deserve to die in the horrific vicious way she did. She will be missed by the whole community and will leave a special paw print on our hearts. I just want justice for my girl.”

Stacie said she will not stop until action is taken against the dogs’ owner.

Two more cat owners have posted to social media to say their pets are now at the vets after being attacked, with uncertainty over whether they will survive.

The dogs have since been collected by the owner whose father said the pets got out after a cat jumped in the garden and they chased it. He said the dogs are well-cared for and it is the first time they have escaped in over 15 months. He said that the animals, aged 13 and eight, are friendly and would not bite a child.

He said he was very sorry if anyone’s animals were injured.

At least one of the attacks has been reported to police and Thanet council has confirmed receiving reports, adding: “The council has received reports of this incident and the matter is now with Kent Police.”

A Kent Police spokesperson said: “On the morning of Wednesday 11 August 2021 Kent Police received a number of reports that two dogs had escaped from a property and attacked other animals in the Friends Avenue area of Margate.

“Officers attended to ensure there was no risk to any members of the public and established that the dogs were back with their owner, who was visited and given advice around keeping his animals secure.

“No criminal offences or injuries to members of the public have been reported.”

It’s an offence to let a dog be dangerously out of control whether that’s in public or private.

A dog is considered to be out of control if it:

A court could also decide that your dog is dangerously out of control if: