Exciting new proposals have been put forward for Margate’s only synagogue after it was rescued from auction last year.

Community group Cliftonville Cultural Space formed after spearheading a campaign to raise £300,000 to buy the historic shul from previous owners Margate Hebrew Congregation, who placed the building on the market following years of closure.

Directors Jan Ryan, Francesca Ter-berg, Lucy Lyons and Kate Gillespie then applied to the Architectural Heritage Fund for a feasibility study and have since appointed London-based architects, Witherford, Watson and Mann. 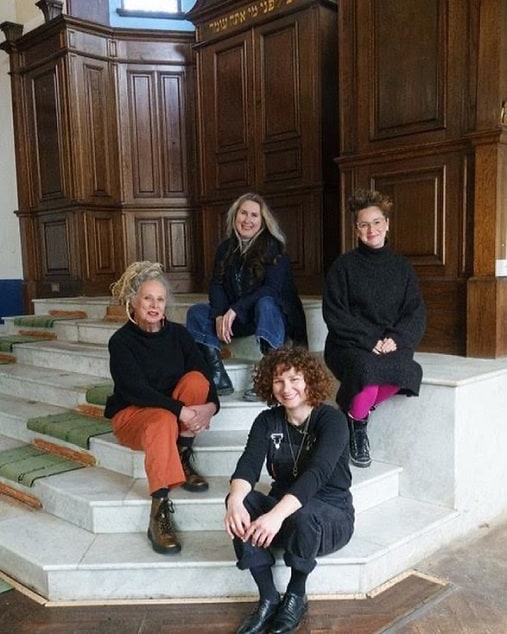 Architect Chris Watson says the initial plans are designed to be flexible and are interchangeable, but ideas include a retractable screen, spiral staircase, community café with the downstairs area earmarked for an office space and dressing rooms.

The arts space will stage theatre productions and gigs with attention being paid to soundproofing and acoustics. A presentation at Cliftonville Community Centre followed a tour of the building and saw impressions of how the space could work for the community. There will be full disabled access and a new lift.

The shul, on the corner of Albion and Godwin Roads, was built in 1928 to serve the burgeoning Jewish community but has lain empty for a number of years as the congregation dwindled, dispersing to London areas. 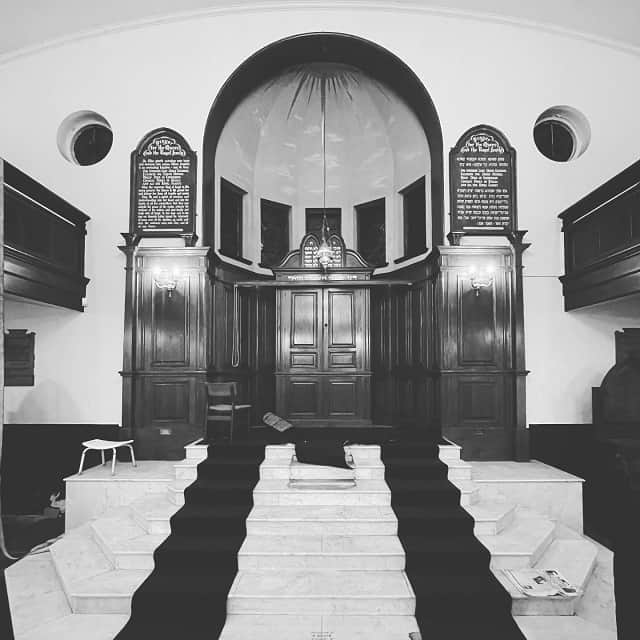 Some of the interior, including the bimah – a centrepiece where sections of the Torah would be read – were removed by previous owners before the building changed hands.

According to the Jewish Chronicle, the bimah, which included an ornate golden pineapple, was bought for £700 by Professor David Newman after it was listed by Sittingbourne antiques dealer, Patrick Wiseman. Other items of spiritual importance were disseminated throughout the Jewish community. The stained glass windows and many of the inherent features of the building such as the altar remain.

There are plans to celebrate the isle’s Jewish heritage with an oral history project and the first of a number of consultations with the public have taken place to inform future plans. 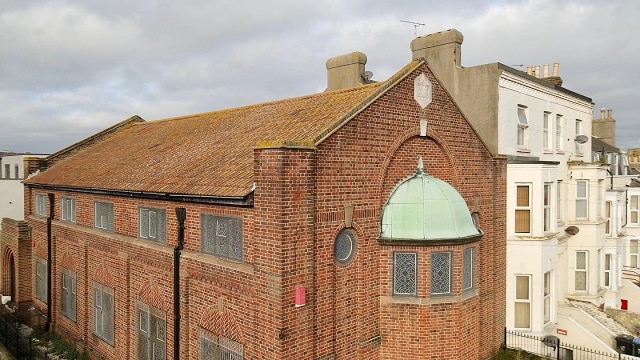 Director, Dr Lucy Lyons, who also teaches at The Margate School, says the community will be at the heart of their plans with further consultations to take place which will take time to organise. She said: “We can do this (open the building) in a couple of years but to do it right, and that includes applying for funding, it will take four to five years. One of the biggest things we wanted to do is to make sure we are open and transparent – it’s really important that you (community) have that involvement.

She added: “There are many other community groups and we have specific for plans to reach them for throughout this journey.”