Having a routine is always useful; when you’re a parent, if you can find a routine that keeps the family at least vaguely organised, then you’re doing well. But, at the same time, there are always times when you should break the routine – nothing should be so rigid, surely?

We’ve just spent a week breaking our usual routines by going on holiday for a week, and it was glorious to try new routines. We had a little break in a caravan on the Isle of Sheppey; it wasn’t exactly far, but there was a lot of planning involved – as with any holiday.

The caravan we stayed in was in a park and owned by a local charity that also runs a nearby farm called Curly’s Farm. The farm was set up first by couple Garry and Kyle, who adopted four children – three of whom had different disabilities; one of whom, Curly, benefited from being at home. The idea of Curly’s Farm was born as a way of getting children with and without disabilities engaged in learning; everyone takes part when they’re there.

The family branched out and bought a caravan at the nearby caravan park to give back in a different way; it is there for children who are, or have been, in care, and children with disabilities and / or life-limiting illnesses. Because of Bryan’s experiences in care, we were able to stay in the caravan for a few days and visit the farm. 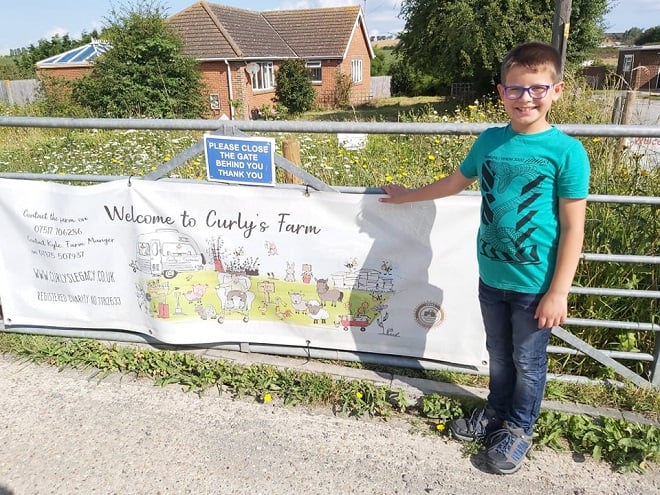 It brings a smile to my face as I write this; Bryan had a brilliant new experience as a result of this opportunity. To see him smile and relax over the course of a week was wonderful; we spent time walking along the beach, visiting the local arcades, playing in the park, and visiting the farm – where Bryan (and me) got to give two calves their morning bottles of milk, and Bryan got to brush down a very pregnant and very large pig under the farm manager’s expert eye (Zac got Bryan working hard; good man).

Bryan left with a huge smile on his face; he tells me now that it was the best activity of the entire week. I hope he remembers that for a very long time; I suspect he will – and I hope he also remembers the plane he bought with his own money, which we played with obsessively every day of the holiday because … well, because he’s a 10-year-old boy and he adored such a simple toy. 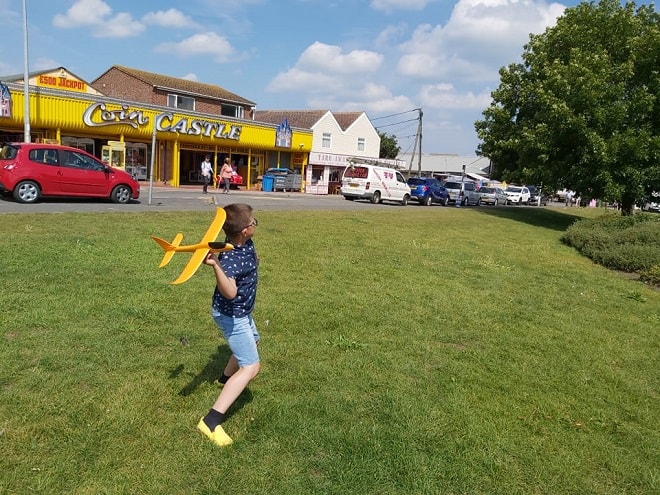 All children deserve the best possible lives; my son is one of those who didn’t have the best start, but we’re sure as hell making up for it now – and with opportunities like the one we had in Curly’s Caravan, he’ll have a lot of memories to pick from.

And, of course, we now have another four weeks of the summer holidays stretching out in front of us. Two years ago, in 2019, the summer holidays made me a little nervous; how would I keep Bryan entertained for six whole weeks? And then, a year later, the pandemic hit, and now I will never worry about that sort of thing ever again.

He’s already started talking about his new year at school; he is desperately excited about it, as he will be in Year 6 – an important milestone. This will be the end of an era for him; his last year in primary school, and another sign that my boy is growing up.

It’s funny how quickly he became “my boy”; I struggle to remember life pre-Bryan now, and despite not being with him for the first eight years of his life, it’s become normal that we’re together now. When you’re preparing to be an adopted parent, you hear about ways to help each of you bond with the other; for us, it was time, kindness, honesty, and love. I like being a dad; can you tell?