The Sonic Trail returns this year as part of the Ramsgate Festival of Sound. The trail is made by sound artists who create inventive and immersive site-specific works in and around the town.

The Ramsgate Festival of Sound celebrates the history, landscapes, architecture and people of Ramsgate and takes place this year between August 27 and September 5.

The Sonic Trail – what can you find?

Beneath the Surface – James Whiting 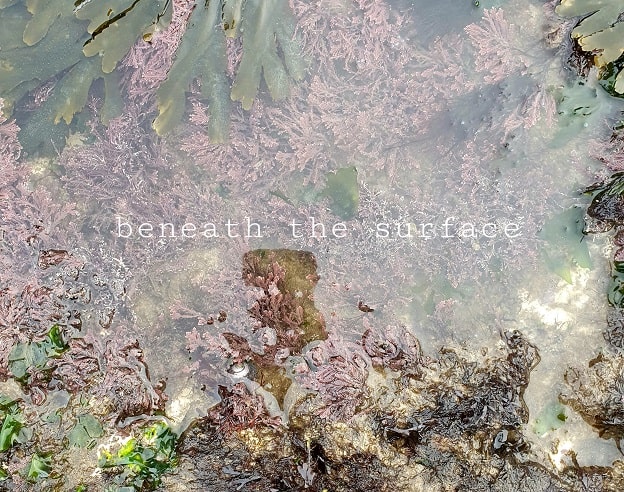 Beneath The Surface explores how sound travels underwater. At 1500 meters per second, sound travels roughly four and a half times faster than in air making it possible for sound to travel much further distances. Using a submerged speaker and a hydrophone, this will be an interactive listening experience of underwater acoustics.

For the Love of Dog- Sadie Hennessy 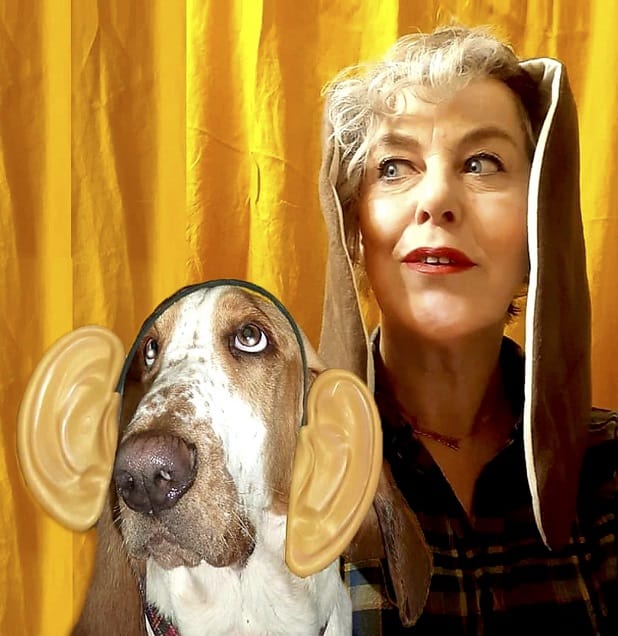 The Boating Pool (inside Ravensgate by the Sea), Royal Esplanade

Sadie Hennessy has created a sound collage in praise of wo/man’s best friend. She has woven together vintage TV clips, internet memes and field recordings, plus an original choral composition, to create a hymn to the hound – or a paean to the pooch! Join her in worshipping at the canine shrine.

Sadie is a multi-disciplinary artist who works in non-gallery spaces, to create ephemeral, experiential artworks. Since her break-through sound project Fat Balls for the 2020 Festival of Sound (and with the support of Arts Council England), she has been experimenting further with sonic work, and the result of this is For the Love of Dog. She lives in Whitstable, with her Basset Hound, Dennis 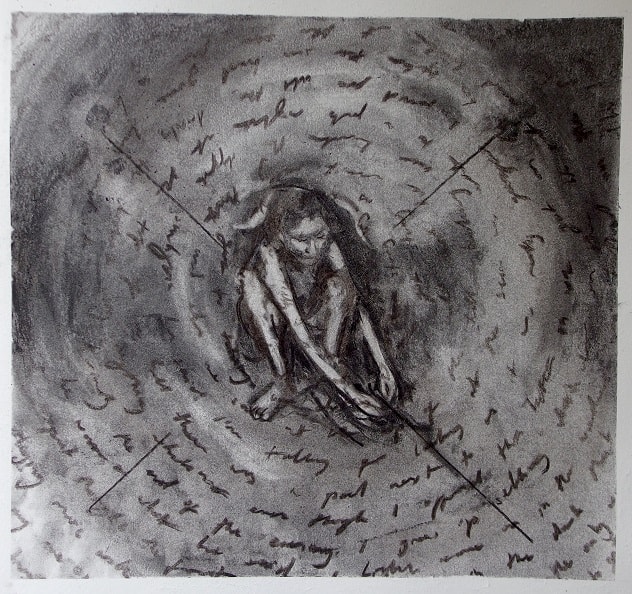 The Bone Woman’s Cave is a place of collection, magic, mystery, darkness and light. It offers a safe space to listen to the stories of local people, real and folklore, which can be passed along. A place to reconnect and be close following a pandemic that has distanced us. The bone woman is the collector and weaver of these stories.

Shireen is a Margate-based sound artist with a background in visual art and oil painting. Both her work in sound and paint is about the intersection between the digital and human realms. Her sound works are made up of spoken word, loops and digitally effected voices, as well as other sounds. Storytelling is an important part of her practice and she is interested in how telling a tale can be cathartic or fun or cautionary or an escape.

Ocean Oscillograph visualises ocean tide data within an immersive photo-acoustic installation. It is a multi-sensory experience of laser light, phosphorescence and sound. Sonified ocean data moves laser light which is drawn upon a phosphorescent disc. This disc then re-emits the laser light slowly while rotating, allowing the lasers’ intricate drawings to be seen.

Melanie is an artist and curator with a specific focus on astronomy and her studio is based in Ramsgate. She is co-Director of super/collider, Lumen Studios and founder of the London Alternative Photography Collective. Melanie is currently Artist In Residence at the School of Metallurgy and Materials at The University of Birmingham, from 2021 to 2022.

Being with the Waves – Nicole Robson 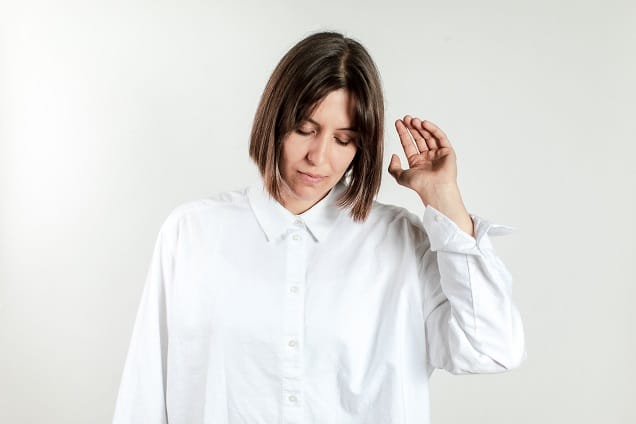 Open from 12-4pm on the 2nd of September, then daily between 12-5pm between the 3rd to the 5th of September.

Explore sound as a fluid presence that fills the space around you and discover stories of seaborne experience woven into an immersive composition that bends and shifts with your movement. To the naked ear, the installation Being With The Waves appears silent, but a hidden world of voices, instrumental tones, and maritime sounds is revealed through wearing special headphones.

Nicole is a composer, musician and researcher whose work explores site-specific performance, sound installations and community-focused, public art projects. Recent work includes The Texture of Air, a major art and heritage project commissioned by the NHS, and The Conversation Booth, a pop-up installation for collecting and archiving oral histories. 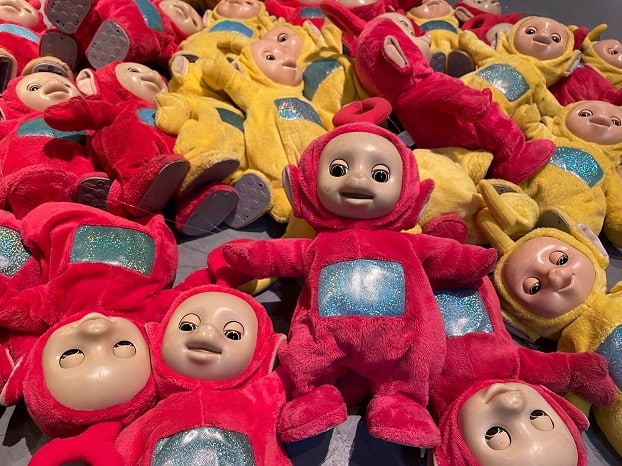 Teletubbie Tidal Wave is a machine made from repurposed equipment including animatronic 90’s Teletubbie toys and repurposed industrial electronic relays, merged together to make an interactive stadium wave…. of Teletubbies. It is a visual and sonic experience with a mixture of motors, clicks clacks and slightly broken Teletubbie sounds, it dances the fine line between creepy and… creepy.

Look Mum No Computer, aka Sam Battle, is a musician, creator and inventor. He mainly builds musical machines and makes music with them touring around the UK bringing along synths to mould intriguing and unique sounds.

Club 27 All Lost at Sea – Karen Vost and Emma Williams 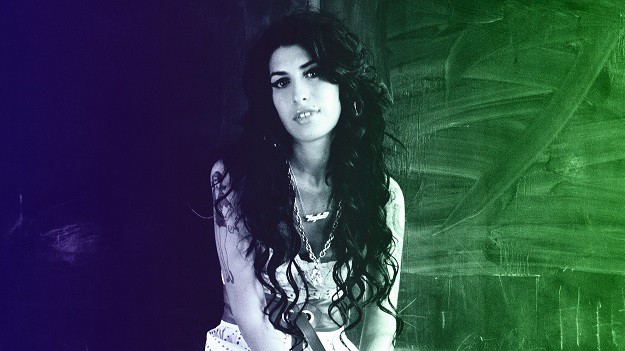 Open daily from 12-5pm between September 2nd and 5th

An art and sound installation exploring lightboxes of mugshots and portraiture of the ‘27Club’. Accompanied by a soundscape inviting you to listen to stories surrounding their demise at the pinnacle of the careers that lead to their fame, this piece is set to the backdrop of some of the artists’ most notable work. Where were you at 27, or where do you expect you’ll be? 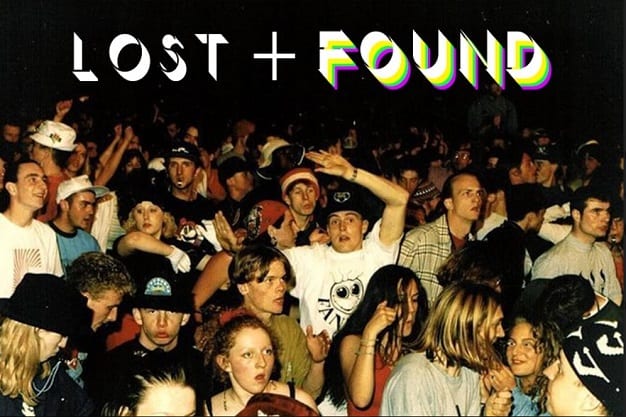 It was the year of lost sound. Gigs cancelled, celebrations delayed and noisy, shared experiences all stopped. But, in the new silence something else emerged. Bird song, fresh rhythms, smaller voices previously lost below the roar. We lost so much, but what did we find?

Welcome to this space to remember; a sonic memorial to what was and is now.

Bernie is a professional musician and composer who has lived in Ramsgate for the past five years. He has many strings to his bow , initially as a drummer and a composer – and more recently, visual artist. His aim is to make art for everyone that illuminates the emotions and engages our memories. 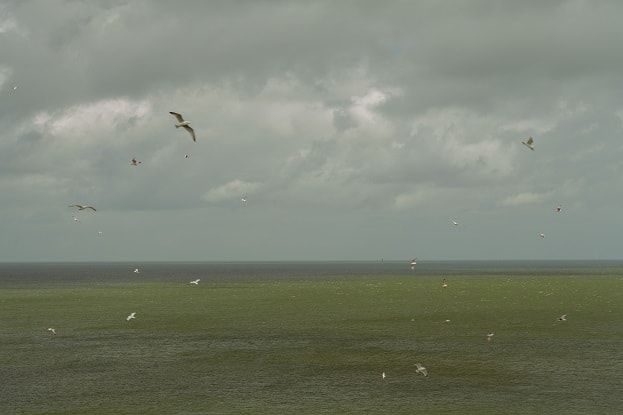 Open daily from 12-5pm between September 2nd and 5th

A sound journey along the South East coast where you will hear the mechanics of the sea and shore. Listen for the swirling winds and the songs of seabirds, crashing waves and clashing crab claws. Pale Blue Dot Collective endeavours to bring a new perspective about the detrimental impact of the climate crisis.

The Pale Blue Dot Collective is comprised of Louise Beer and John Hooper. Their artistic careers are centred around using cosmic thinking to frame a sense of wonder about the environment.

Louise creates objects and experiences that reflect the incomprehensible nature of reality, from the ocean floor to the night sky. Louise is co-director of super/collider, Lumen and Print Science.

John is a photographer, filmmaker, installation and sound artist. John is also co-director of Print Science and a regular contributor to super/collider. John has been using his photography and sound practice to discover the natural world and the vastness above. John produces sound recordings under the name Landsounds. 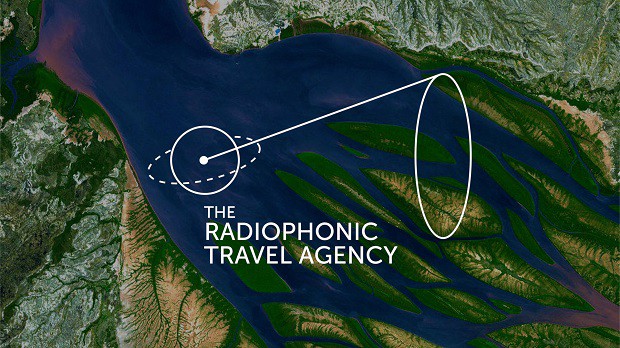 Visit the world through sound with The Radiophonic Travel Agency. The sound installation is a special curated sound journey taking listeners+ across the globe as well to areas of Ramsgate that they may or may not know.