A range of fabulous activities aimed to celebrate the town’s LGBTQ+ community and to raise awareness will also take place across the town, including the Sundeck and Oval Bandstand. 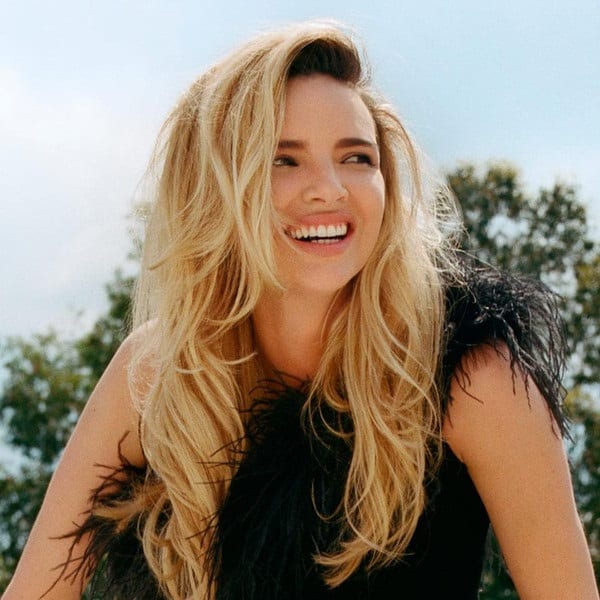 Nadine Coyle is one fifth of girl band Girls Aloud, achieving  twenty-one UK Top Ten singles, twenty of those consecutively. In 2010 Nadine began her journey as a solo artist.  She will be playing a range of solo and Girls Aloud hits.

Margate-based Lisa Maffia is British singer-songwriter, musician, rapper, actress, fashion designer, model and presenter who was the main female member of So Solid Crew. She DJs and performs tracks throughout her set.

Jodie Harsh is the London DJ icon and reigning Queen supreme over international nightlife. The DJ, writer/producer and club-brand creator is famous for her trademark blonde beehive and thumping DJ sets at clubs, festivals and A-list parties across the planet.

Sink the Pink are the UK’s largest LGBTQ+ club night, and can’t wait to bring the drag and the bangers to Dreamland for Margate pride 2021. Amy Zing is co-founder of Sink The Pink and Pride; she has been DJing at prides and festivals for 15+ years. She will be joined onstage by members of Margate Pride’s drag family to close celebrations.

Janet District Council is Margate’s number 1 drag queen, house mother of the Executive Xanadu Collective, and a roller skating legend  across Kent, she’s also a killer DJ who will open the pride celebrations at Dreamland. 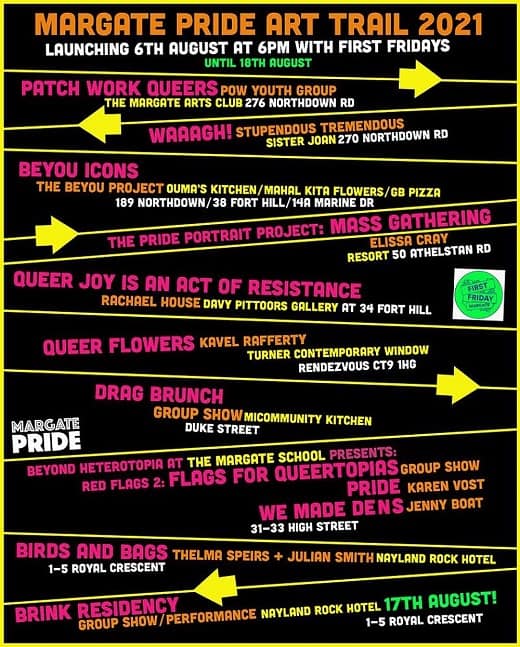 Located across Margate and Cliftonville the ever-popular Art Trail will appear  in multiple venues throughout August. They include the Red Flags open call exhibition at The Margate School, Elissa Cray’s Pride Portraits at Resort Studios, and Julian J Smith and Thelma Spiers at Margate Arts Club.

Margate Pride at the Oval Bandstand

This inaugural event will see a new Queen of Margate crowned who will then take centre-stage at the Pride Parade next year.Rounds Include:

Poise – The contestant must look poised. Therefore, you must possess the presence to fulfil this heady responsibility with dignity, class, grace, or the complete lack of any of these traits.

Performance – What kind of talent should Mx Margate 2021 display? That is a question that only you can answer.

Power – if you could change the world, what would you do?

A new sporty section is making its first appearance.

Compete against Team Drag at Margate Pride’s first Drag KickBall match.(KickBall is like rounders with a big ball)