A year-long project to overhaul the Cliffsend Village Hall has finally resulted in the building being officially opened.

Ramsgate mayor Raushan Ara attended to cut the ribbon to the hall which has been transformed after volunteers donated hundreds of hours of manpower.

The Cliffsend Village Hall project started in July last year, when it came to light that the building was in a poor state of repair and the COVID restrictions were making it a struggle to stay viable.  The existing committee resigned and residents Sam Pooley and Matt Chinnery took over in November 2020. Resident Josh Stephens came on board in late December, forming an emergency committee and new trustee positions.

A Trustee spokesperson said: “The roof was leaking like a sieve and was discovered to have been for some time, this had been slowly damaging the parquet flooring.  Investigating the roof leak highlighted that the solar panels – which had been installed many years ago – had been attached very badly, breaking roof tiles allowing water in behind, which in turn had rotted all of the felt covering along both sides of the building.

“It was agreed that the roof needed fixing before anything else was done to make the building watertight, this also meant that the ceilings in the main hall and small back room needed to be replaced due to water damage.   Unfortunately, both ceilings contained asbestos and needed removing professionally at a significant cost.”

The project team say the floor had become porous and despite running dehumidifiers 24/7 it was past saving. Due to the cost the committee removed the flooring themselves. The stage and a cupboard also had to be taken out due to woodworm and when the main ceiling was brought down it resulted in the electrics being condemned.

A full rewiring took place and a fire, smoke and CO2 alarm system and new lights were added.

Painting was undertaken and furnishings updated. A new, grade durable floor was fitted and, after some negotiation, a new tarmac drive, carpark, fence and safety barrier were donated and installed by BAM Nuttall which is currently working on Thanet Parkway. 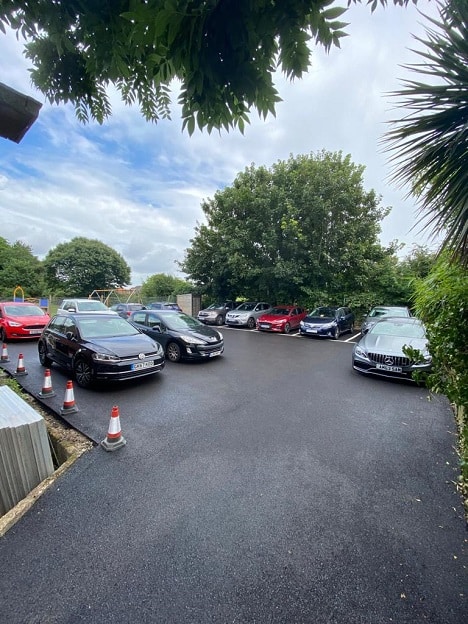 The committee spokesperson added: “Looking to 2022 the committee is trying to find funding to update and remodel the toilets to allow for a disabled toilet and funding for a new kitchen.

“We would like to thank all that have supported us throughout the last year. We have worked hard to give something back to our village in the form of its only remaining asset.

“The Village Hall now has a full committee with Treasurer and Secretary positions filled. We look forward to seeing the hall thrive again and be the asset for Cliffsend that it once was.”

Mayor Cllr Ara said: “I was greatly honoured to re-open the Cliffsend Village Hall. Thanks to the hundreds of hours of hard work from residents Sam, Josh Stephens Neighbourhood Handyman and Matt Chinnery and Jim Forrest the CPC Chairman, plus support from their families, they have renovated the building and given it a complete make-over.

“I would like to wish the residents of Cliffsend all the very best with using the hall and a massive thank you to the committee members for giving me the opportunity to be a part of the beginning of anmew era. It’s a wonderful hall, and I sincerely hope that everyone will use it, and enjoy it!” 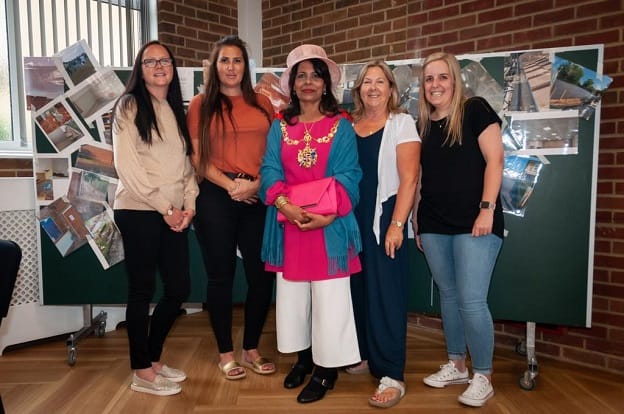 Anyone interested in using Cliffsend Village Hall can email Cliffsendvillagehall@gmail.com or call 07516 931053