Shops opening late, buskers and DJs, open studios, and a few surprises are planned for the second First Friday Margate since Covid restrictions were lifted.

The free event started as a showcase for the town’s creative community but the relaunched version has added local, independent shops, cafes and even a cycling club to the mix, with many places staying open a little later and some organising extra events in store. It’s organised by The Bus Cafe, Old Town shop Little Bit, Dan Thompson Studio and Marine Studios. It happens from 5pm-8pm, on Friday, 6th August.

First Friday was founded by Marine Studios in 2010, as the day for galleries to open new shows, and for talks and workshops connected to exhibitions.

For August’s event, Margate Pride will launch an Art Trail, with exhibitions and displays in shop windows across the town. Events include Patchwork Queers at Margate Arts Club on Northdown Road, Flags For Queertopias at the Margate School on the High Street, and Birds and Bags at the Nayland Rock Hotel. 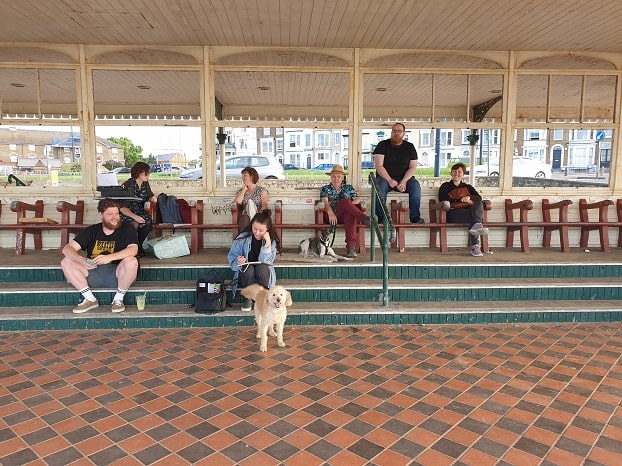 The Sun Deck at Nayland Rock will be open, with DJs easing guests into the weekend. Shops in the Old Town, Northdown Road, and up the High Street will be open until 8pm.

And at Turner Contemporary, Dan Thompson Studio is organising State of the Art, a three hour long arts festival. Artists already confirmed include Charlie Tolfree, Bernadette Russell, Rebecca Strickson, Lunatraktors, Melanie King and Dan Thompson. There will be a chance to make a Solargraph camera from a tin can, print a letterpress poster, take part in a banner-making workshop, and play Bernadette Russell’s Hoopla of Kindness. 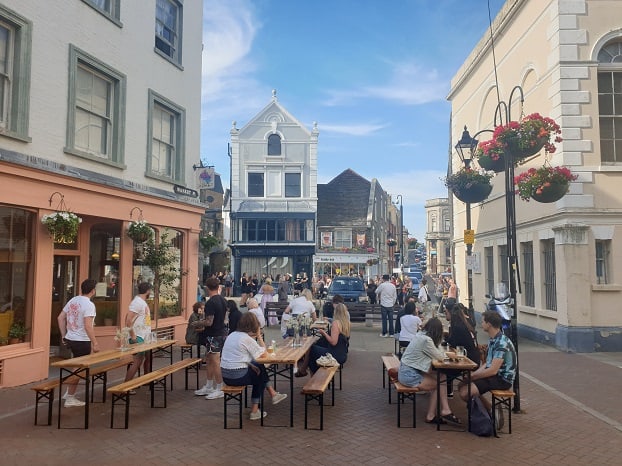 “First Friday is like a free gift for local shoppers and art audiences, and a great start to a weekend in Margate if you’re down for the weekend,” said Polly Chromatic, owner of Little Bit.

First Friday returns to Margate on Friday, August 6, and happens in venues across the town. All the events are free.