Residents at Redcot Lodge in Margate have been thanked for their patience during the pandemic with a party.

Redcot Lodge boss Emma Rolfe and manage Toni Simmons-Leworthy say the event was to mark the lifting of restrictions. 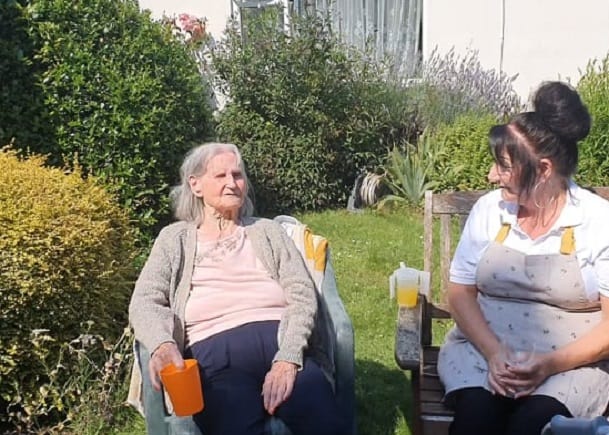 They said: “We thanked the residents for their patience over the last nearly two years by having a barbecue and party.

“Nobody has complained about being restricted with having visitors and having tests done. They have understood that we needed to keep them safe. And they know how loved and valued they are. 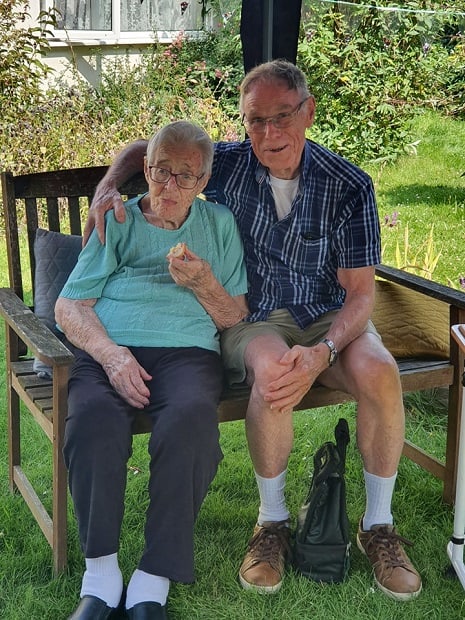 “We also celebrated the staff for helping to keep people safe and have a 100% success rate of no covid cases at all.” 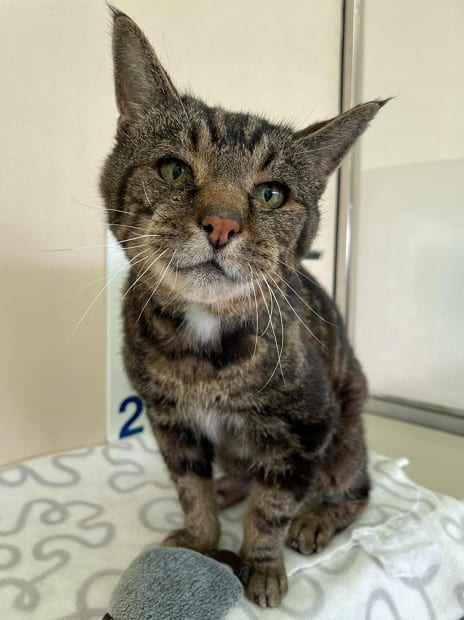 This lovely soul is Gus. He’s 19 years young and is just a beautiful boy inside and out.

He has a few health problems being managed with medication (the animal centre will cover all vet costs) and is so desperate to find a home to live out his retirement years.

He loves more than anything to have a snooze, so a comfy blanket or bed is top of the new home requirement list!

Gus isn’t keen on cats so will need a pet free home where he can be the centre of attention like he deserves.

Please share and help us find this sweetheart a comfy lap, and a loving family to call his own.

Broadstairs branch of the Dickens Fellowship 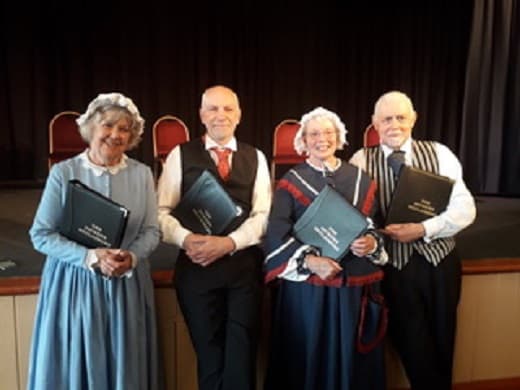 Branches of the Dickens Fellowship from around the world came together on Zoom last weekend for the 2021 AGM and Annual Conference. Originally due to be held in The Netherlands, this three-day event was moved online due to Covid-19 uncertainties and was enjoyed by members from as far afield as New York to Japan, New Zealand to Canada and everywhere in between.

The Broadstairs branch was ably represented by our dramatic reading group, The Dickens Declaimers, consisting of Val Whitehouse, Alan Root, Liane Blades and Clive Whitehead. The group is well known in Broadstairs and beyond for its accomplished performances, many of them taking place at The Pavilion and The Charles Dickens venues. One of the highlights of our year is its reading of A Christmas Carol each December which raises welcome funds for the NSPCC.

The Declaimers’ performances for the Conference were the Dotheboys excerpt from Nicholas Nickleby and Elizabeth Inchbald’s farce Animal Magnetism. Dickens himself organised and performed in a production of this play at his London home in 1857. The farce, one of Dickens’ favourites, was chosen by Conference organisers to mark the bicentenary of the death of Elizabeth Inchbald on August 1, 2021. Before broadcasting to the world, the Declaimers held a dress rehearsal on the stage at The Pavilion and we thank Dan the Manager for facilitating this.

The two readings by our Dickens Declaimers were a great success and very much enjoyed by everyone who ‘attended’ via the internet and brought a huge amount of credit to the Broadstairs branch of the Dickens Fellowship. 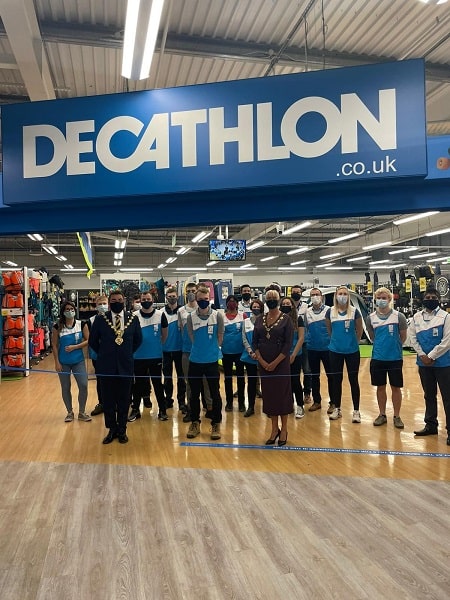 The opening event was an opportunity for people to get their first look at a Decathlon store, with this store the first to open in the county. Thanks to their network of in-house brands, Decathlon are able to offer a unique range of products across over 70 sports that combine high quality with unbeatable value for money.

Crossroads Care Kent, one of Kent’s largest charities supporting unpaid family Carers,  warns that if access to Carers’ short breaks is restricted, many Carers may face the breakdown of their physical and mental health to the point that they are unable to carry on looking after their family member.

With over 300 Carers being referred each month, the Kent based charity did a snap survey of over 30 health and care professionals who had referred Carers to their services. They found that a high proportion of them did so because of concerns about the physical and mental wellbeing of Carers, many of whom care, round the clock, for family members with disabilities or long-term conditions like dementia or cancer. They reported that, most commonly, Carers need time to rest, sleep or destress and that regular breaks of 3-4 hours each week are needed.

Most worryingly, the research found that over 90% of respondents felt that if Carers did not have access to these breaks, it was likely that they would become unable to care for their family member in the medium to long term. This would mean that health or social care services would have to step in, placing further pressure on the NHS and local authority services.

A review of support services for Carers is underway by Kent County Council, who have funded carers breaks for over 40 years, and there are concerns that access to breaks may be limited in the future.

Crossroads Care Kent CEO Irene Jeffrey said: “Breaks for Carers are a lifeline. A short break of 3-4 hours per week can mean the difference between a Carer being able to carry on looking after their loved one at home, or becoming so physically and mentally exhausted that they reach breaking point. We urge Kent County Council to continue providing short breaks for Carers, free of charge, to all Carers in Kent who need them, when they need them. We are not asking for an increase in funding, we know that times are difficult for Councils too, but please protect this vital service for Carers in Kent”. 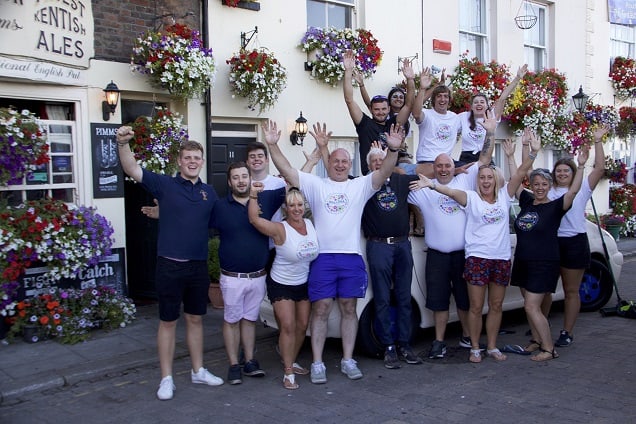 The Kings Head, Dunkerleys and The Port Arms in Deal are once again collaborating with charity Martha Trust to host a 1-day music festival on The Square outside the three pubs on Sunday August 1 from 12pm-6.30pm.

Sarah Banks Entertainer will be the compere and for the day, Martha Trust’s Fundraiser Kerry will be the Auctioneer and has arranged a great line up to entertain the crowds. Mark One Sound and Light will be organising the PA and musicians for the day

The event will be officially opened at 12 noon by the Worshipful Mayor of Deal, Cllr Christopher Turner, followed by Bradley Bogus Holbrook as the first act. This will be followed by dance performances by DAPA – Dean Academy of Performing Arts, The Martellos, Your Shout, Lofty Harris and finishing with Pussyfoot.

The Kings Head, Dunkerleys, The Port Arms, Walmer Installations and Number One B&B have sponsored the event.

The photographer for the day will be Sharon Powell Photography – if you attend the event and would not like to be in a photo, please state to the photographer.

There will be an auction, raffle plus a chance to win a Barrow of Booze. Summer Faces Face Painting will be onsite all day, you will also be able to buy Solleys Ice Cream at the Martha tent and new for this year we have Josh King who will be performing table magic.

The charity is looking for auction and raffle prizes along with bottles /cans of booze for their barrow of booze – if you can assist , please contact fundraising@marthatrust.org.uk or call 01304 610448