Thanet has a wealth of attractions to visit. Residents and tourists are likely to head to one of the isle’s 16 beaches and bays but if a day on the sands is not for you, there are plenty of destinations with history, play, wildlife and more on offer.

You may have already walked past Crampton Tower without really noticing it.  An imposing, 80 feet high, flint-clad tower, situated next to the Broadstairs Railway Station, it was built in 1859 by the Victorian engineer, Thomas Russell Crampton.

Mr Crampton was born in Broadstairs in 1816 and is particularly known for creating the first piped water supply to Broadstairs residents, laying the first undersea telegraph cable from England to Belgium and designing standardised railway locomotives, especially in France and Germany.  However, he was never honoured by Britain for his work here during his lifetime – so a museum was created in the Tower in 1978 to rectify this.  The Tower contains Thomas R. Crampton’s family tree, drawings and documents, railway memorabilia from the age of steam, local transport history and models. 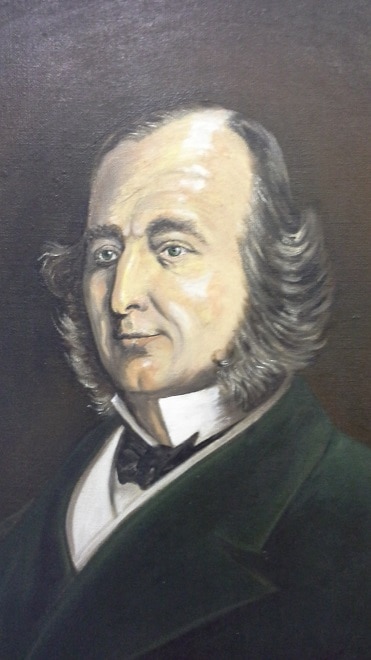 There is more to this story – another hidden construction to explore on the site – discover its history.

The main workshop houses various working model railway layouts, some of which have interactive buttons for visitors to work different models  – and Thomas the Tank Engine is there too!  A small shop offers previously-loved model trains and vehicles, transport-related books, CD’s and DVD’s.   The Museum is also custodian of the former horse-drawn Broadstairs to Canterbury Mail & Passenger Coach, built around 1860.

The Community Hall to the rear of the site has placards around its walls showing local historical events and the room is also available for hire for small functions, club meetings, etc.  Several local groups come to do quilting, play the ukulele and babies Sing & Sign together.  The Broadstairs Victorians use the hall, as do various exercise groups and the Kent Surf School hold training sessions.

See the website for further details of forthcoming events at www.cramptontower.co.uk or contact the team by text on: 07870-864770. 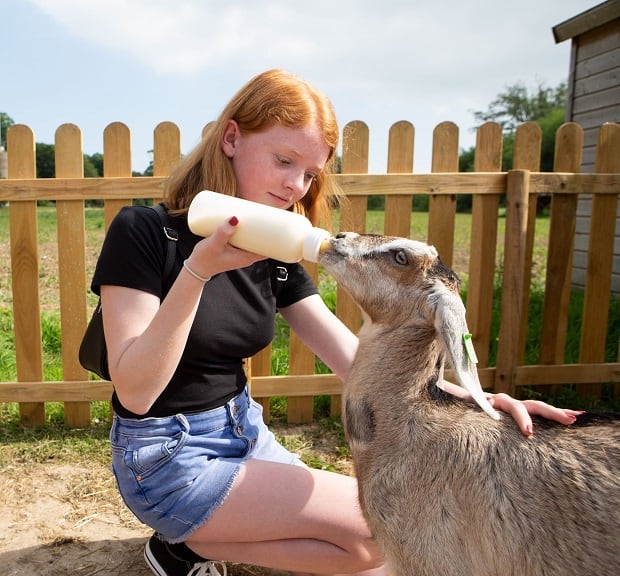 Visit Quex Park for a full day of entertainment or stay longer by making use of the accommodation.

There is something for everyone at Quex whether you are looking to play outside or in (depending on the weather), adventure golf, get creative or shop in the craft village, garden centre and farm shop, refuel at Quex Barn licensed restaurant or in any of the pit stops for snacks, ice-creams and more around the park. 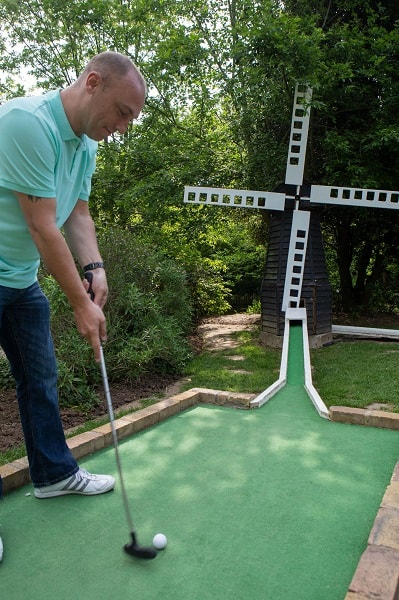 Plan a visit, and pre-book experiences –  at www.quexpark.co.uk 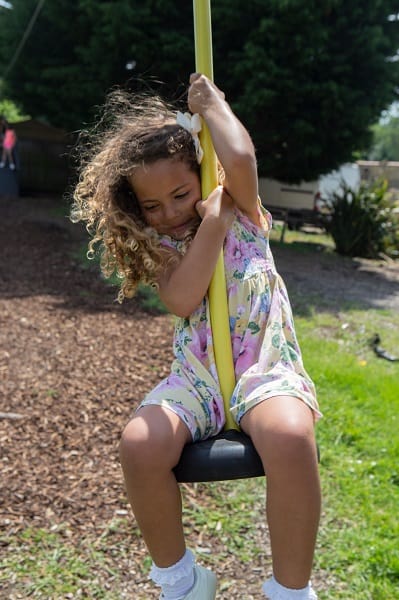 Quex Park is a green oasis in Birchington where you are highly likely to see  historic follies and thriving wildlife during your visit, with many species of butterflies identified, 84 species of birdlife catalogued and the maize maze supporting the Bee Conservation Trust along with the on-site beekeepers.

Monkton Nature Reserve is a 16-acre wildlife oasis in a former chalk quarry and it is home to many types of flora and fauna, including protected and endangered species. It has over 350 species of flowering plant, including nine species of orchid, 25 species of butterfly and numerous birds, reptiles and other animals. Monkton was the first place in Kent to receive Regionally Important Geological Site status, harbouring many notable rock formations and features that can be easily viewed.

The reserve has 1.5 km of paths laid out that allow visitors to take in all the varied habitats – woodland, scrub, chalk grassland and a water table pond that teems with dragonflies and other aquatic life. There are lots of fun activities for families and children associated with the trails, including Nature Bingo, A-Z Meander, Brass Rubbings, Sculpture Hunts (one for fossils and dinosaurs and one for local wildlife) and the chance to learn about the landscape with our ‘Walk, Watch, Listen and Learn’ activity leaflets.

Then, take a break to have a look in the gift shop and second-hand bookshop or enjoy refreshments from the Cabin café. 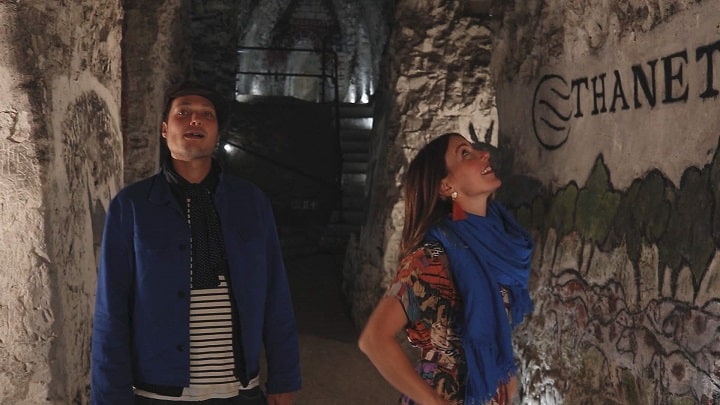 Back in 1807, wealthy Margate gentleman Francis Forster made an extraordinary discovery. Beneath a pear tree in his garden was a huge underground cave system, the remains of a chalk mine that had been hidden for over 100 years. He commissioned paintings, fashioned an ice well to store his wine collection and created a space to entertain the great and good of Margate.

Now, concealed beneath an ordinary road in the town and accessed via a twisty 15m tunnel, the Margate Caves open up to reveal a magical subterranean cavern, filled with colourful cave paintings and murals relatively unchanged since Forster’s time. Enthusiastic volunteers are on hand to highlight the fascinating stories, murky myths and geological quirks of this mysterious site, which over the years has been used as a Victorian tourist attraction and wartime air raid shelter.

Above the ground in the award-winning Visitor Centre, there is a fact-packed discovery room displaying the extraordinary history of the Caves, showing how it is entwined with Margate’s rich social and cultural past and weaving stories of drunken gentlemen, local giants, ancient Kings, shameless smugglers and enterprising vicars…

Those were the words the young RAF Fighter Pilots heard 4 or 5 times a day during the summer of 1940 as they rushed to their Hurricanes and Spitfires to take on the incoming Luftwaffe bombers and fighters over the skies of Kent during the Battle of Britain. Now visitors too have an opportunity of getting close to both these types of aircraft at the Spitfire and Hurricane Memorial Museum based on the North Western corner of the old RAF base at Manston.

The Museum is home to a Mk.XVI Spitfire and a Mk.IIc Hurricane, both of which saw service with RAF Fighter Command during World War II. Independent research has shown that after D Day, whilst operating in Northern Germany with 403 Squadron Royal Canadian Air Force, it was their Spitfire (TB752) that shot down the last Luftwaffe aircraft three days before the end of the war. Also, their Hurricane is displayed as the first aircraft to attack enemy gun batteries in the French coastal town of Dieppe prior to the disastrous 24-hour invasion in August 1942. 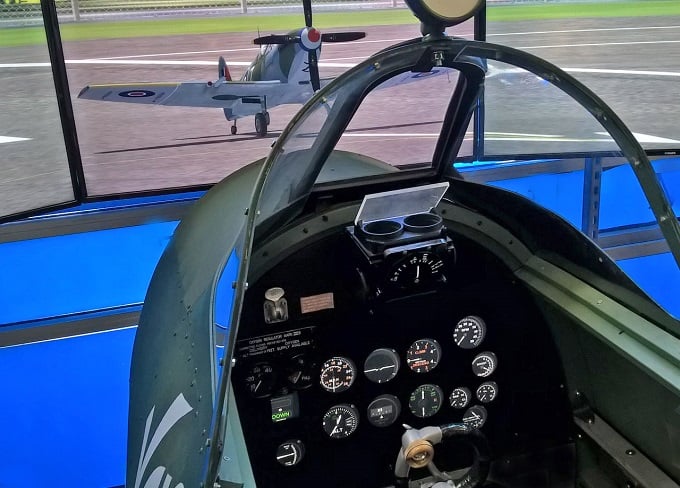 There is no entry fee to pay (although donations are always gratefully received ) to visit this ‘wheelchair-friendly’ museum. It’s open every day of the week except Monday and Thursday from 10am until 5pm during the summer months and 10am until 4pm during winter. The ‘Merlin Cafeteria’ on site serves refreshment throughout the day and there is ample car parking at the Museum. Before arrival, visit their website, ‘www.spitfiremuseum.org.uk’, to reserve a session on the flight simulator and discover what it would really have been like to fly a Spitfire. 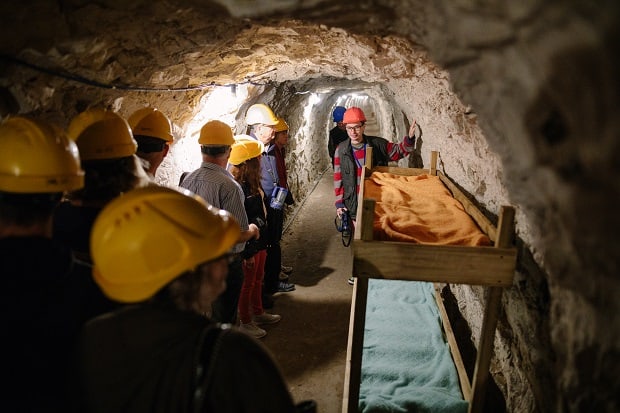 Did you know that Ramsgate Tunnels includes the largest network of purpose-built civilian wartime tunnels in the UK? Did you know that over 300 families called the Tunnels home at the end of 1940? – that’s over 950 people! Join a guided tour and hear more about this fascinating tunnel network.

On arrival at the tunnels visitors can browse the newly refurbished displays and small Home Front museum before joining a tour guide for the start of the tour, which begins with a short film shown in their 1940’s living room. Then it’s off down the Railway Tunnel to hear fascinating stories of tragedy, triumph and everyday life. 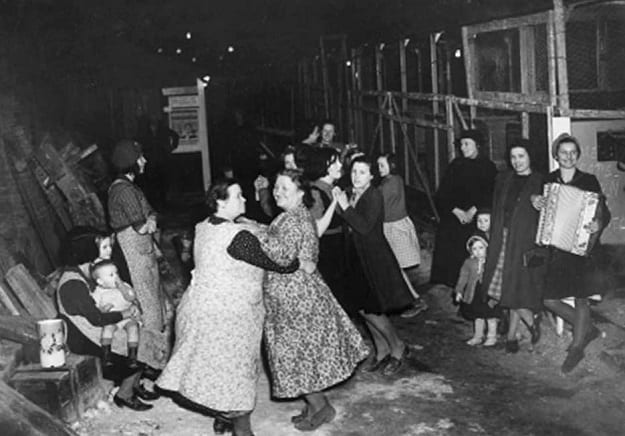 During the tour find out about the Mad Mayor who saved the town, discover how the tunnels were built, find out what it was like to shelter with thousands of others during bombing, see where the ‘town beneath the town’ evolved and find out what life was like in the aftermath of the devastating air raids on Ramsgate.

After the tour, head to the Tunnels Tea Shop for tea or coffee and a slice of cake. 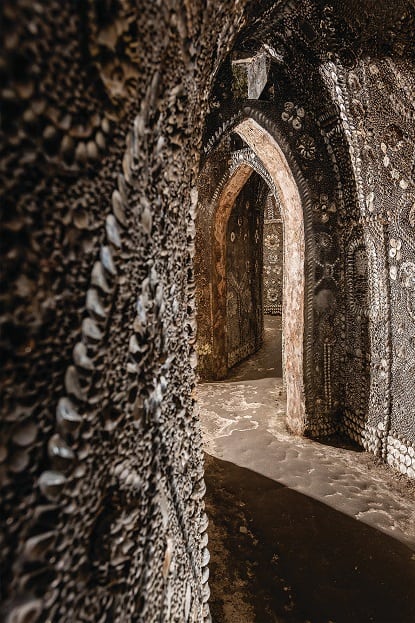 Discovered by chance in 1835, the subterranean Shell Grotto’s curving chalk walls are studded with 4.6 million shells. They create a magical mosaic of strange patterns and symbols.

Was this a place of worship, a setting for secret meetings or an extravagant folly? We don’t know who built this amazing place, or why, but since the first paying customers descended the chalk stairway in 1838, debate has raged about the Grotto’s origins.

For every expert who believes it to be an ancient temple, there’s someone else convinced it was the meeting place for a secret sect; for every ardent pagan, there’s a Regency folly-monger ready to spoil their fun.

At first glance the Grotto’s design only adds to the confusion, with humble cockles, whelks, mussels and oysters creating a swirling profusion of patterns and symbols. A storehouse for the imagination, there are any number of interpretations; trees of life, phalluses, gods, goddesses and something that looks very like an altar, to name but a few.

​However, there’s only one fact about the Grotto that is indisputable: that it is a unique work of art that should be valued and preserved, whatever its age or origins.