A £27,000 project has seen the installation of cycle lanes and signs along 19 miles of Thanet coastline.

The lanes run along ‘shared space’ on Ramsgate’s West Cliff.

Thanet council says the aim is to ‘promote respect between pedestrians and cyclists’ but some residents fear the ‘motorway’ appearance of the space will lead to complaints of people ’straying’ into the wrong lane or cyclists using the space to speed up. 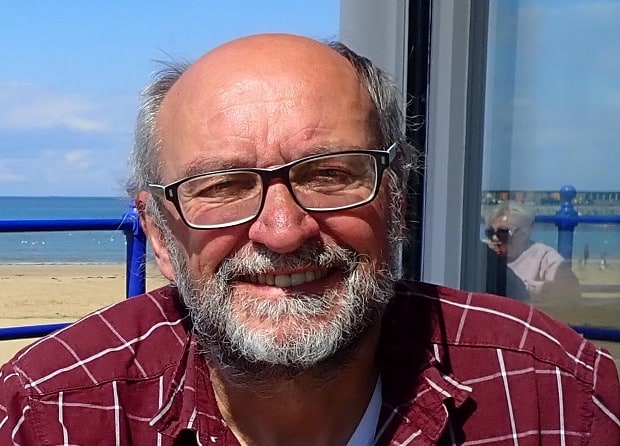 Ramsgate resident Ian Shacklock said: “The promenade was a fantastic shared space. It was wide enough to accommodate everyone without unintended conflict.

“It has now been divided into three much narrower strips and is no longer a place where either cyclists or walkers can relax.

“As a cyclist I now feel more vulnerable on this path than if I were on the busy roads. And thanks to the crazy signage and “motorway feel” I fear that other cyclists will feel obliged to go a lot faster. Everybody loses.

“I think we will need to monitor the behaviour of cyclists over the summer. If they can all coexist in harmony with pedestrians and not complain when anyone strays into their private territory, then maybe there won’t be a problem after all.

“But even if only one percent of cyclists use the lanes as an excuse to go faster, without consideration for other people’s needs, then the promenade will lose most of its value as a destination for holiday and rest.” 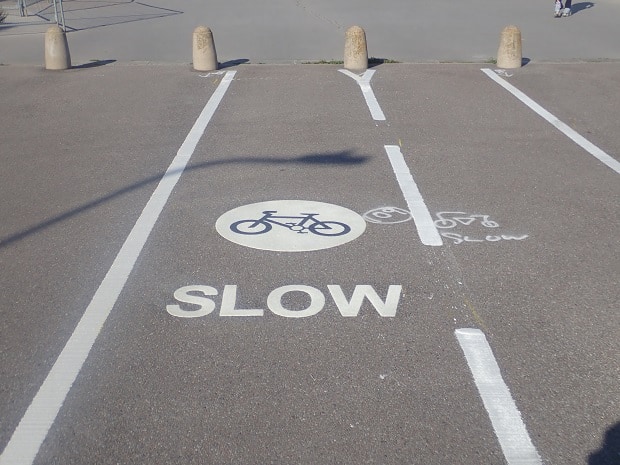 A Thanet council spokesperson said: “A project led by Thanet District Council with match-funding by Kent County Council has seen 19 miles of our coastline benefit from new cycling safety signage, to promote respect between cyclists and pedestrians.

“The work, which was led by the council’s Technical Services team, began with an extensive review and assessment of the cycling routes along the Thanet coast.

“The £27,000 project has seen installation of new signage which specifically highlights the shared space policy of our coastal routes and areas where cyclists should slow down or dismount. Existing signage on the coastline that has weathered due to exposure to the elements has also been replaced.”

Walking and cycling charity Sustrans say shared pedestrian and cycle routes “provide safe spaces for us all to travel, relax, unwind and play.”

The charity adds: “All users of shared-use paths have responsibilities for the safety of others they are sharing space with.

“People riding bikes tend to be the fastest movers on these paths.  If you’re cycling, we recommend that you consider your speed so you don’t accidentally startle other people. Particularly those who are frail or who have reduced sight, hearing or mobility.

Sustrans  tips for sharing the space 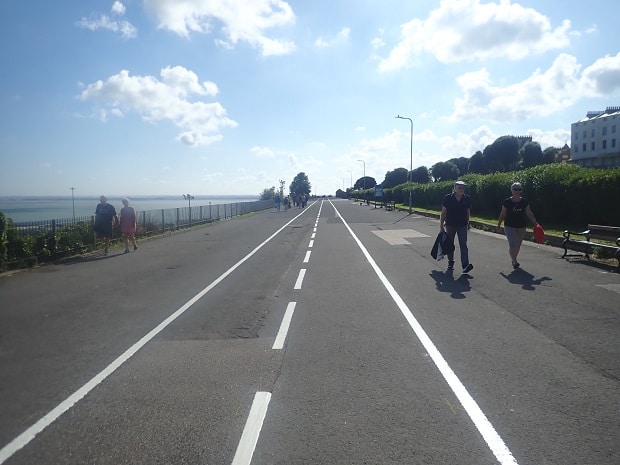 Use the path in a way that is considerate to the comfort and safety of others.

If there is a dividing line segregating cyclists from pedestrians, keep to the appropriate side; this is normally indicated on blue and white road signs and by logos on the road surface.

When it’s dark, or in dull conditions, make sure you are visible to others, use lights at night.

Be particularly careful at junctions, bends, entrances onto the path, or any other ‘blind spots’ where people could appear in front of you without warning.

When riding a bike, travel at a speed appropriate to the conditions and ensure you can stop in time.

Be courteous and patient with other path users who are moving more slowly than you and slow down as needed when space is limited or if you cannot see clearly ahead.

Please be aware, especially of more vulnerable users such as older people, people with small children, people in wheelchairs, or the hearing or visually impaired.

Give way to slower users and wheelchair users and take care around horse riders leaving them plenty of room.

When riding a bike, ring a bell well in advance if approaching people from behind.

Keep your dog on a short lead when walking on a path shared with people who cycle.