A musical fantasy adventure in gameland was the special end of year production at Ramsgate Arts Primary.

Year 6 children performed Let the Games Begin about technology-obsessed youngsters who visit their grandfather. He becomes increasingly frustrated with their lack of interest for anything other than their phones and the internet. 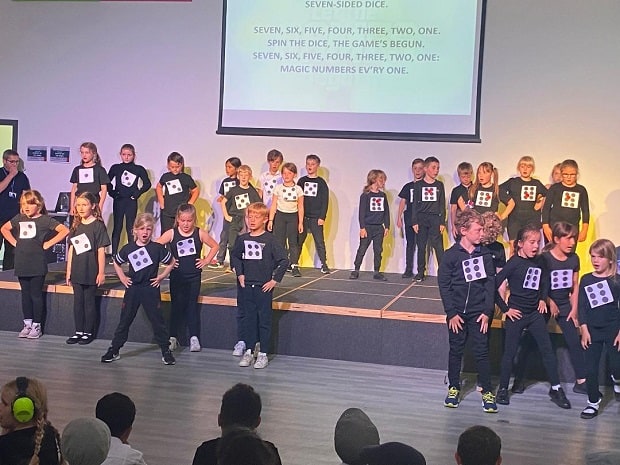 He reveals a pair of very unusual seven sided dice that were given to him in the Far East by a wise old mystic. Through the magical dice children are transported to another land and they meet Lady Fortune where they become pawns in her games. Each of them must compete against the devious, devilish diva in a game of their choice to win their freedom.

The main characters – Vicky played by Phoebe and her on-stage siblings portrayed by Charlie and Louisa-Mae – all gave enthusiastic performances.

Year 3, 4 and 5 girls and boys joined in and performed dances dressed as video game characters, Monopoly characters and dice. 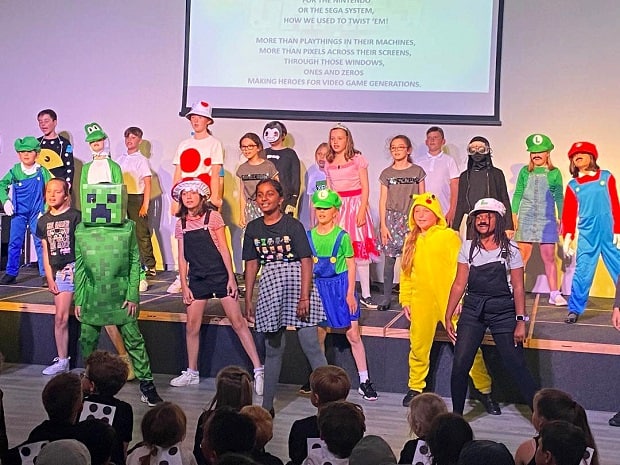 RAPS Arts Lead Hannah Dannell said: “The play was a fantastic success and it was lovely for the children to still get the opportunity to perform under the current circumstances. I would like to thank the Arts curriculum staff for all their hard work.

“The performance was recorded so the parents can still see the children doing what they love – singing dancing and performing.”

Head of School Nick Budge praised the production. He said: “All the cast performed with great enthusiasm and they really enjoyed being on stage and performing.

“Live shows of drama, music and dance are integral parts of life at our arts primary and once again the standard was high and the production was enjoyable. It was clear a lot of effort had been put into the whole show, on stage and in rehearsal, by pupils and staff. 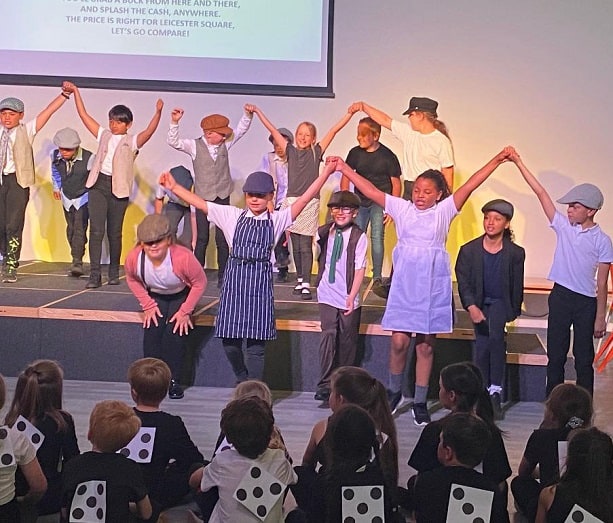 “I am sure that families will love seeing the completed video film we have made – hopefully in the next school year we can welcome them back in to school to see our shows, exhibitions and general school life for themselves.”