A neglected piece of land, described by locals as “mostly weeds with some dog poo and litter” is set to be transformed thanks to a community initiative in Botany Bay.

The green space is at the Sandhurst end of Knockholt Road and an important footpath for residents of the estate through to the Ridings and seafront. The plan has been put together with the Thanet Biodiversity group.

Scott Manclark, of the Palm Bay and Northdown Community Group, says the year one plan is to maintain the space as close mown as possible, whilst removing all cuttings.

He added: “Next year in April we can sow wild meadow seeds and with some TLC on our part to keep down weeds and some watering we can let nature take its course.” 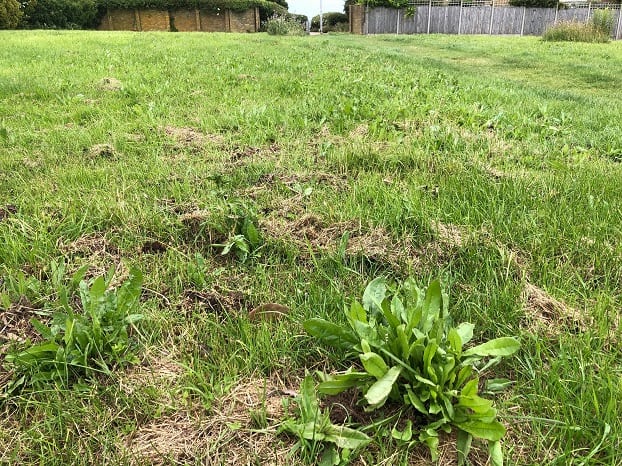 The idea is to reduce fertility created by clippings to allow native wild flowers to outcompete weeds and grasses. The Amazon TV hit “Clarkson’s Farm” highlighted the crisis of disappearing wildflower meadows. Even though they are essential to insect pollinators and therefore life itself – some 95% of them have already been lost to development and modern farming techniques.

Support the local initiative via the group’s Go Fund Me page – the £750 target is to pay for seeds, tools and outsourced specialist labour over the next 18 months.