A powerful tale of loss, choices, deception and guilt has been published by Ramsgate dad-of-two Gary Wright.

The debut book – A Parent Apart – has received a five star rating for its “compelling” plot as it delves into the consequences of a choice that leads to the tragic death of a child, torment, lies, a police investigation and a rollercoaster of emotions.

Gary- best known as Gaz – combined his love of the coast and experience from 10 years as a police officer to bring the dramatic story to life – achieving a ‘bucket list’ goal with its publication at the end of last month.

He said: “I have always liked to write, right back from school, and after I had heart issues I gave myself a bucket list and writing the book was on it.

“Then Corona came along and so I thought I would just do it – it was a lockdown book.”

The 38-year-old retired from Kent Police after suffering a cardiac arrest caused by Arrhythmogenic right ventricular cardiomyopathy, or ARVC, which is a type of cardiomyopathy that affects the pumping chambers of the heart and causes abnormal heart rhythms. It is the same condition that resulted in the collapse of Danish  footballer Christian Eriksen on pitch last month.

Since then the former Dane Court student has undergone operations to fit three ICDs (implantable cardioverter defibrillators) and had a complete change of career with the opening of The Coffee Shack on Ramsgate seafront seven years ago. 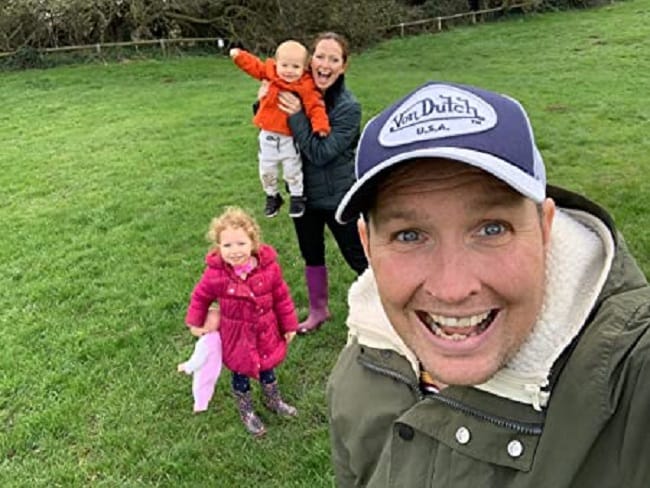 Gaz, who lives in Manston with wife Naomi – a fitness instructor- and children Florence 4, and one-year old Sully, says being a dad gave him the empathy to write A Parent Apart and a lifetime in Thanet meant the coastal setting was a must.

He said: “I’ve lived here all my life so (the book) is based around the coast. It is about a beach tragedy and the fall out from that.

“A mum and dad are at the beach with their daughter and best friend’s child. The kids go into the sea and then it happens and the dad can only save one.

A Parent Apart encompasses grief, vengeance, guilt, anger and a string of consequences that impact the families and investigating officer Ds Willmott. Readers are taken on a journey which is emotionally charged and makes any parent question what they would do faced with an impossible choice or how they would react to such loss.

The book is self-published through Amazon and Gaz says it has been fantastic to see such great reviews being left by readers. 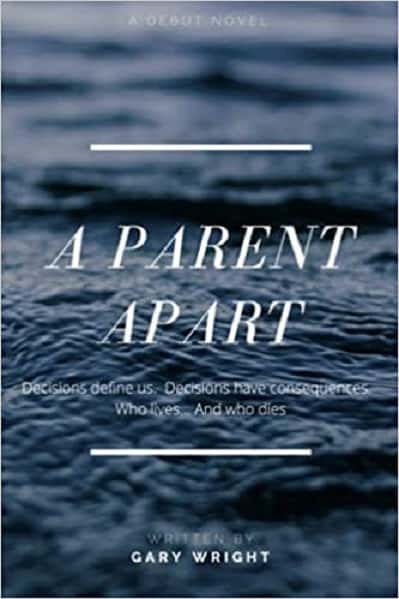 He said: “I had a few people read it (before publication) and they all gave good feedback but obviously this was people I know so to see that feedback from strangers is really good.

“When I got the published book it was just quality, I can’t describe how it felt.

“They say everyone has got a book in them and self-publishing with Amazon was a really good process, I’d encourage anyone to do it as long as you are confident in what you have written.

“I’d say if you want to do something just go for it.”

A Parent Apart can be bought for Kindle or as paperback.

Find it on Amazon here