Alternative rock band Sports Team has rescheduled a charity bus trip all-dayer to Margate, moving from Elsewhere and The Brit to Dreamland and changing the date from July 10 to July 23.

The annual event is raising money for Music Venues Trust and the Stagehand Crew Relief Fund.

The change of date and venue comes in light of the Government’s covid restriction lifting push back to July 19 and subsequent festival cancellations.

Touring is the lifeblood of every band’s career and Sports Team want to shine a light on the crews that keep all bands functioning on the road. Working closely with Dreamland, the Bus Trip Festival will now take place over what was supposed to be Truck Festival weekend, the cancellation of which has spurred many fans and bands to speak out. 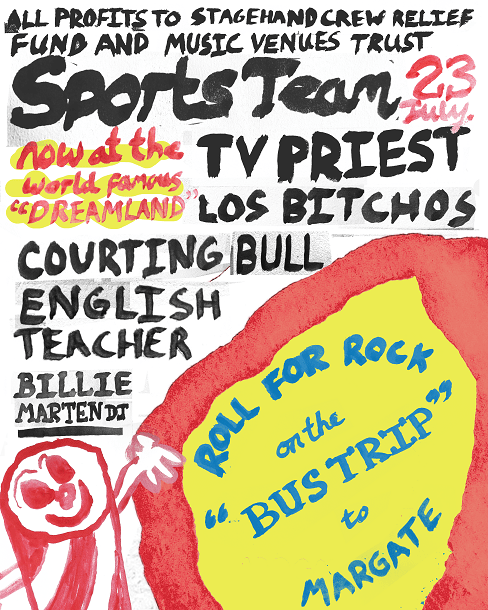 Working at reduced capacity, Sports Team is able to bring the annual festival to Dreamland. Starting as a humble bus trip on a 30-seater with no aircon three years ago – arrivals in Margate greeted with sand, beer and an alumni of Wolf Alice, Swim Deep, Walt Disco – this year’s Bus Trip will include incredible performances from breakthrough bands TV Priest, English Teacher, Bull, Los Bitchos, Courting and DJ sets from Billie Marten and more to be announced. Tickets are on sale now.

Lead singer Alex Rice said: “I think like everyone we’ve felt fairly crushed by the relentless cancellations. You’ve got a load of bands around desperate to play and it’s got to the stage where the quickest route to doing that seemed to be putting on a day festival ourselves.

“So we’ve got a load of new bands together at Dreamland on the day that should’ve been Truck Festival to raise money for the Stagehand Crew Relief Fund and Music Venues Trust. That matters, because we want to play a part in keeping together all the infrastructure that makes touring and playing music in this country feel like the greatest thing in the world.

“Also it makes me feel a bit like Geldof!” 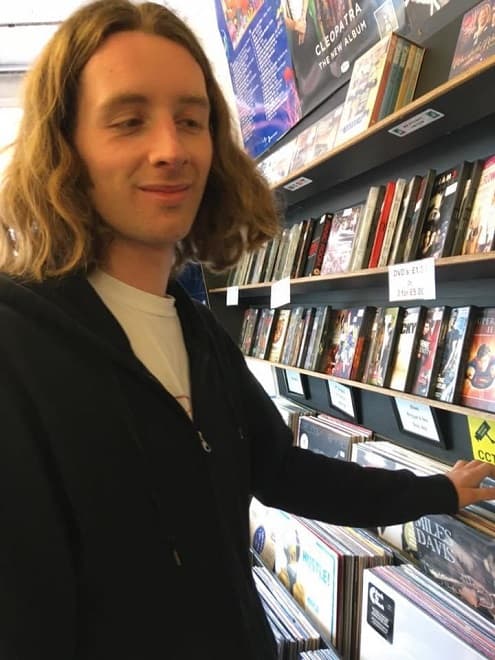 Head of promotions and booking at Art’s Cool and programmer at Elsewhere Sammy Clarke (pictured) said: “”Musicians, their crews and grass roots music venues took yet another blow when the most recent Government announcement concluded that the apex of their ‘Road Map To Recovery’ and the lifting of restrictions were to be delayed by yet another month.

“It made a lot of sense for us to try and keep Sports team’s annual Bus Trip alive by working closely with Sports Team and Dreamland, who have been very helpful to turn this fun event into a huge community effort to revive the live sector and raise funds for the live crews and grassroots music venues that have struggled and been out of work for a year and a half.”