The Government has today (June 18) confirmed that it will not extend its use of Manston airport as a lorry holding facility beyond June 30, when the current lease expires.

South Thanet MP, Craig Mackinlay, received the news in a letter from Parliamentary Under Secretary of State for Transport, Rachel Maclean MP.

The Government acquired Manston for the period to the end of June as a contingency in case freight traffic was disrupted at the end of the EU Transition Period. These circumstances no longer apply.

The current assessment based on analysis of predicted tourist traffic levels during the summer and potential knock-on impact on freight traffic shows that the use of the site this summer is not required.

South Thanet MP, Craig Mackinlay, said: “I hope my South Thanet constituents and the people of Thanet and East Kent will find this decision reassuring, and I would like to take this opportunity to thank everyone for their understanding over these last few months.”

Operations at the site were officially suspended at the end of March. 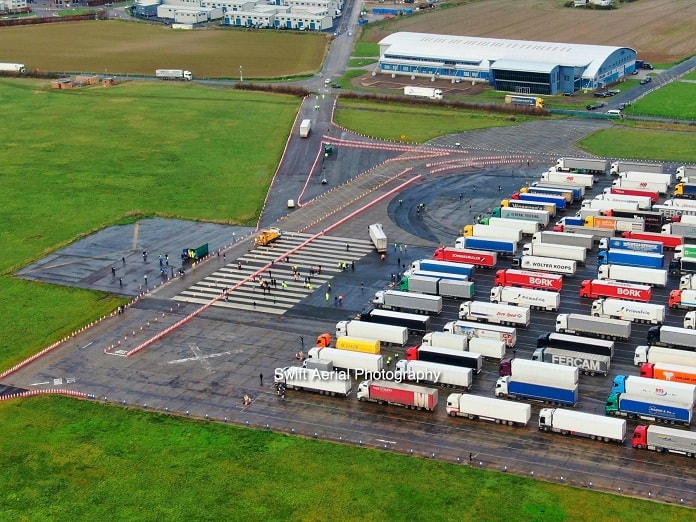 Hundreds of staff worked at the lorry park on temporary contracts and it is understood they were offered transfer to other sites including Ashford, Thurrock, Ebbsfleet and a new one being developed at Guston.

The contract to use part of the Manston site as a lorry park was extended until the end of June 2021 in a deal made between landowners RiverOak Strategic Partners, former landowners but lorry site operators Stone Hill Park and the Department of Transport.

The site came into use earlier than the planned January 1 date after the French government closed the border to UK travellers and accompanied freight going into the country shortly before Christmas over fears of the spreading ‘Kent’ variant of covid.

The move led to the site being parked up to capacity with a large backlog of HGVs on county roads.

Currently further representations are invited for the Secretary of State’s re-determination of the application by RiverOak Strategic Partners for an order granting Development Consent for the reopening and development of Manston Airport.

The Secretary of State has also appointed an independent aviation assessor to advise him on matters relating to the need for the development and to produce a report summarising those findings.

A Development Consent Order granting approval for an air freight hub at Manston airport  was  quashed in February with a new decision now needing to be issued after a re-examination of the Planning Inspectorate evidence.

The action came as the result of a Judicial Review challenge to the decision, launched by Ramsgate resident Jenny Dawes last year, which was to have been heard in the High Court.

The substantive hearing was due to look at whether the Government followed correct procedure in reaching the decision to approve the DCO for airport landowners RiverOak Strategic Partners.

But, last December the Department of Transport acknowledged that the decision approval letter issued from the Minister of State did not contain enough detail about why approval was given against the advice of the Planning Inspectorate and said the Judicial Review would not be contested.

An official consent order was issued from the court to quash the DCO.

Responses should be sent by email to manstonairport@planninginspectorate.gov.uk, marked “For the attention of the Manston Airport Case Team”.

Representations and the new reports will be available to see after the deadline at https://infrastructure.planninginspectorate.gov.uk/projects/south-east/manston-airport/