East Kent Hospitals Trust has been fined a total of £761,170 – inclusive of costs – for failing to discharge its duty to provide safe care and treatment, resulting in avoidable harm with the death of seven day old Harry Richford and sub standard care of his mum Sarah at QEQM Hospital in  2017.

The Trust had entered a guilty plea to the charge at a hearing before Folkestone Magistrates’ Court in April for the prosecution brought by the Care Quality Commission.

Original charges were amended from ‘potentially’ to actually causing harm and the Trust admitted guilt in court hearing before District Judge Justin Barron.

The Trust returned to the court today (June 18) for sentencing,

The Judge previously explained that as a summary offence it had to be dealt with within the magistrates court and the penalty available would be a fine based on factors of culpability, seriousness of harm and mitigating factors.

District Judge Barron said he recognised the size of fine would not ease the suffering and trauma the Richfords had been through, and still are experiencing.

He said: “The fine is not about putting a value on a life, it’s about punishing the Trust.”

The court heard there had been significant failings relating to pre-employment reviews and supervision of the locum registrar who had been in charge of care of  Sarah and Harry during the birth.

Failings included a lack of induction, a lack of supervision and a lack of assessment of the locum’s competency and skills. There were also systemic failings, human error, poor governance and failures in procedures and practices.

District Judge Barron said the Trust had fallen “far short of appropriate care” with “serious failings” in the organisation at the time.

He also noted improvements were pledged as well as action carried out, including the recruitment of a high number of maternity staff, although he questioned whether such a large recruitment had been necessary due to over reliance on locum staff or the department being totally understaffed.

District Judge Barron said although he could have gone up to £2.9 million he had to be aware that the fine – which would not be covered by central government – could impact on future patient care.

The decision to prosecute followed a coroner ruling that the death of Harry was avoidable.

The inquest had heard of the “panic” after Harry was born by emergency Caesarean section during which his heartbeat kept dropping. Harry died seven days after his delivery from a condition caused by a lack of oxygen. An independent report said he might have survived had there not been a delay in resuscitation at his birth that caused irreversible brain damage.

There was also criticism of the hospital trust which had previously said Harry’s death was expected, resulting in his parents, Tom and Sarah, having to fight for an inquest and mounting a campaign for justice led by grandfather Derek Richford.

A statement issued by the Richford family says: “Having our lives thrown into the public eye is not what anybody wants to do but sadly this was needed to shine a light on the failings which led to Harry’s death in 2017.  We are pleased the Trust plead guilty in the first hearing which made this next step significantly easier, rather than another lengthy court hearing.

“Today the East Kent Hospitals Trust were fined for their failings.   Although we are happy that a sanction has been delivered, we are unsure if the system currently in place is suitable for public funded organisations such as NHS trusts.

“Taking money away from a financially challenged resource does seem counterintuitive and we would encourage policy makers to consider any alternative options.  This is not a criticism of the CQC or Judge Baron’s decision which is restricted by current guidance.

“Mistakes happen every day, and in a hospital, this will lead to death, we have, over time, come to accept this. Learning from these errors is vital and what makes hospitals a better and safer place for all.   Sadly, both individual and systemic errors were pushed aside for many years with no learning taking place.

“This failure to learn has led to the significant failings witnessed in Harry’s death and no doubt countless others which are now being investigated by Dr Bill Kirkup and his team in the East Kent Maternity Inquiry.   Had these failings been addressed promptly and effectively we would not be here today, we are not here because of the failings from one evening.

“We would now ask to be given the privacy to take today’s news on board and will privately support any future investigations to ensure long lasting change at local and national levels is a legacy Harry’s life fulfilled and to help less families have to suffer unnecessary birth injury or bereavement.”

During the court hearing East Kent Hospitals accepted the failings and the loss and pain caused to the Richford family. Trust board member Phillip Cave said there had been “significant errors” and listed numerous failings.

Following the sentencing, Niall Dickson CBE, Chair of East Kent Hospitals University NHS Foundation Trust, said: “I want to begin by saying how sorry we are for Harry Richford’s death and to apologise unreservedly to his family for our failure to provide safe care and treatment for Harry and for his mother, Sarah.

“Harry’s parents expected that they would return home with a healthy baby and we failed them.  We fully acknowledge the mistakes that we made.

“I share the commitment of our midwives and doctors who work to provide high quality maternity care to the thousands of women who give birth at our hospitals each year.

“I know that today we have more senior doctors, more stringent checks on those we employ, strengthened training for our maternity staff and better monitoring of babies during labour. There is always more to do and we will continue to build on the steps that have been taken to improve the service we offer.

“A critical part of that must be making sure we listen to women and their families.

“Our maternity service is being independently reviewed by Dr Bill Kirkup and his team. We welcome that and are determined to learn any lessons that emerge from that investigation.

“Learning and efforts to improve should never stop and we will continue to work tirelessly to provide a high-quality maternity service, which continually strives for improvement and is safe, effective, and centred on the women and children under our care.”

Errors should have been avoided

Nigel Acheson, CQC’s deputy chief inspector of hospitals, said: “No family should ever have to endure the pain and suffering that the Richford family have experienced. The trust’s acceptance of responsibility for the errors in Harry and Sarah’s care is welcome, but the fact remains that the series of events which led up to Harry’s death could and should have been avoided.

“Where we find a healthcare provider has put people using its services at serious risk of harm, we will take action to hold them to account and ensure that others can receive safe care going forward.

“In most cases pregnancy and birth are a positive and safe experience for women and their families. But the death or injury of even one new baby or mother is one too many and something that everyone working in the health and care system must do all they can to prevent.

“We are committed to supporting improvements in maternity care. Our current risk based focused maternity inspection programme is ensuring a robust focus on the safety of NHS maternity services nationally and is helping to identify where action is needed to ensure consistently safe, high quality care for all women and their families.”

An independent investigation was launched in February 2020 in response to the concerning number of avoidable baby deaths at East Kent Hospitals Trust. 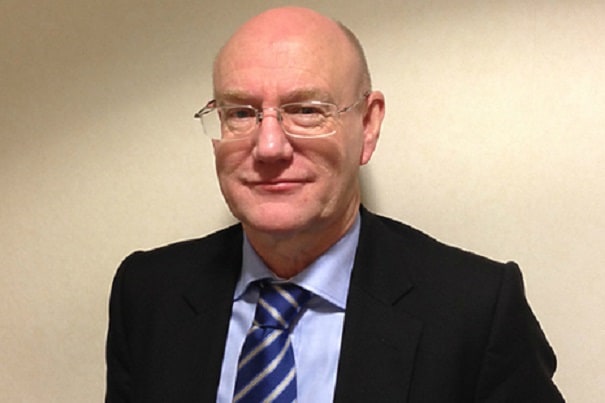 The Independent Investigation will aim to complete its Terms of Reference research by Autumn 2022. It is understood some 200 families have come forward.

A Kent Police enquiry is also underway and believed to centre on the possibility of opening a criminal investigation and bringing charges related to corporate manslaughter and/or gross negligence manslaughter.

Officers are understood to have been in contact with those on the Kirkup inquiry which was initially launched in February 2020.

Detective Chief Superintendent Paul Fotheringham, Head of Major Crime at Kent Police, said: “We received information in August 2020 relating to baby deaths in east Kent hospitals. This information is being assessed and detectives from the Kent and Essex Serious Crime Directorate are carrying out a scoping exercise, whilst making a number of enquiries.”