Children at Upton Junior School in Broadstairs and town and district councillor Ruth Bailey have been talking about how to improve the local  environment with a pledge to collaborate on future projects.

At a special question and answer session, school council members found out first-hand about the responsibilities and aims of the elected Viking Ward Independent representative.

Head of School Darci Arthur said: “The children asked her a range of questions and she discussed her role as a local councillor.

“They were genuinely interested to find out what she does and about the impact both town council and Thanet district councillors have upon the community they are growing up as part of.

“Upton is keen to support the important environmental projects Cllr Bailey is leading within the community. We are happy to collaborate with her in our shared desire to improve the children’s hometown of Broadstairs – and Thanet in general.

“Democracy and respect for the electoral process is something our pupils experience whether it is small issues within their classrooms to investigating major elections such as those for parliament, the presidency in America, and issues like Brexit.” 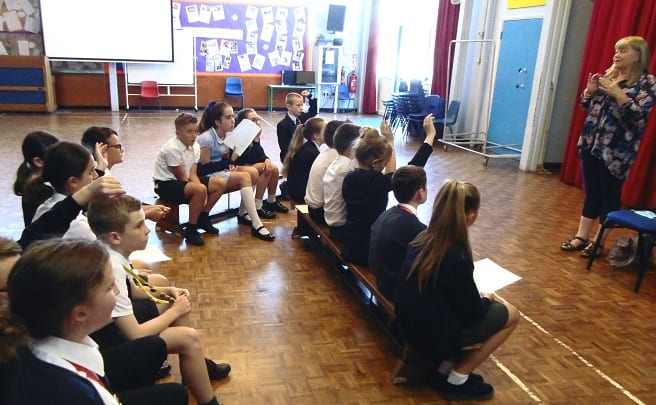 Cllr Bailey was impressed with her “memorable visit” and said: “The school is very welcoming and has a calm, purposeful air about it.

“I particularly enjoyed meeting the Year 6 school council representatives and house captains. The children’s behaviour was exemplary and their questions were mature, incisive and thought-provoking.

“I was very happy to share some of my experiences as a councillor and their questions certainly made me reflect on what I do and what I have achieved to date.

“The school took a keen interest in the environmental aspects of things I am involved in such as litter-picking and the promotion of single use plastics. They showed a particular interest in the water refill scheme, initiated by the Broadstairs Town Team and supported by the Town Council and other town organisations.

“I hope that the children look out for the stickers in the windows of local businesses and point them out to their family and friends to help encourage the reduction of single use plastics and the associated accumulation of litter in Broadstairs.

“We all agreed that our shared common goal was to help Broadstairs to be the best it could be. I look forward to further opportunities to meet the children and to partner with the school in the future.”