The NauticAles micropub in Ramsgate will reopen its doors this weekend with the daughter of late owner Micky Rush at the helm.

Micky passed away at Christmas last year leaving behind family and many devoted friends.

He had been boss of the Margate Road micropub since 2016.

Now daughter Emma has vowed to continue her dad’s legacy, and breath new life into the venue.

The 38-year-old, who is mum to two boys, says she had not initially planned to take over but after popping in to deal with some paperwork it just felt right to continue.

Emma said: “We’ve been working night and day to get back up and running. My plan is to open re-open NauticAles this Saturday, at 5pm.

“We’ll be relaunching with our signature ale Maiden Voyage – at £3 a pint for the opening – alongside a few others. I;m trying to breath new life into the micropub and continue Dad’s legacy.” 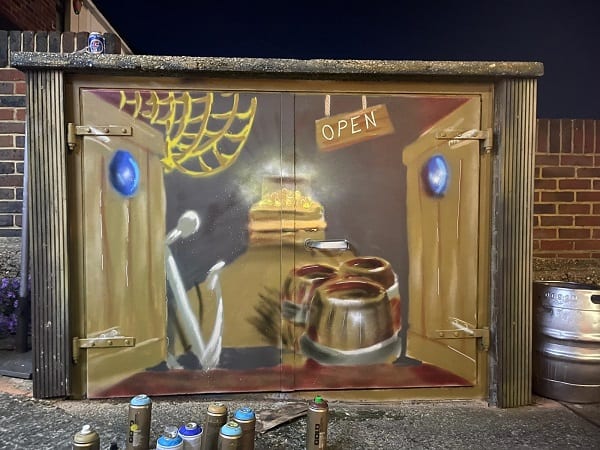 That new life includes artworks from Stephen Page who has recently returned after a 10-year corporate break.

Emma said: “Stephen has long been known for his creative side and strives to provide windows to other worlds> he hopes his works will one day assist in promoting equality and he has been working his magic at NauticAles.

“I would like to do a lot of work promoting art. We are also having tables and chairs out the front and have had it all painted and are getting to work on the garden.”

NauticAles will also have a selection of ciders.

Emma says friends will initially be helping her out but she will then be looking to take on staff.

The micropub will be open from 5pm on Saturday (June 12) and then from 1pm each day.