The London/Leeds band released song 2.28am today (June 11) and say the neon colours and bright lights of Margate made it the perfect location.

Ten Hands High were ‘born’ in 2019 and have grown from classic indie rock to a more seasoned indie pop in 2020, and a unique and alt-pop/rnb influenced type of music this year. 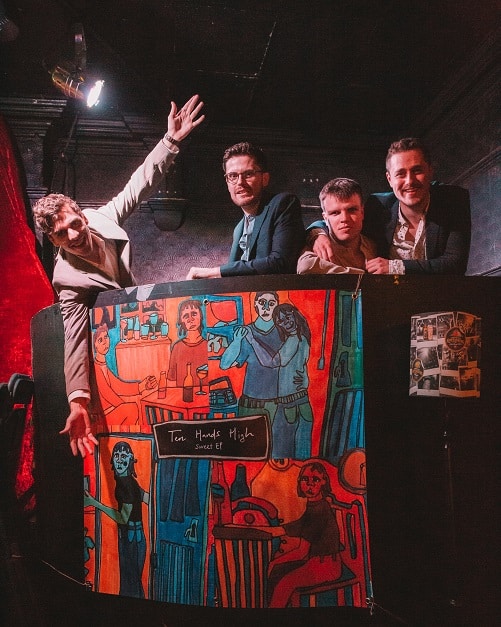 What the four man band called ‘Phase 1’ of their journey began in 2019 with the release of 6 demos in 6 months, bursting onto the Leeds music scene where they played packed out shows supporting bands like The Clause and Spilt Milk Society before heading south to sell out their debut London headliner at the Hope and Anchor in Islington.  ‘Phase 2’ of THH consisted of their first three studio singles – Red Wine, 6 Weeks and Silent (With You) and propelled them to radio play on BBC Introducing: The South and top playlists like Spotify UK’s ‘Student’s Union’

This year marks the release of the band’s debut EP which features track  2:28am. It follows an intoxicated individual deliberating over whether or not to text their romantic ‘best friend’ at 2:28am, whilst being egged on by their subconscious. 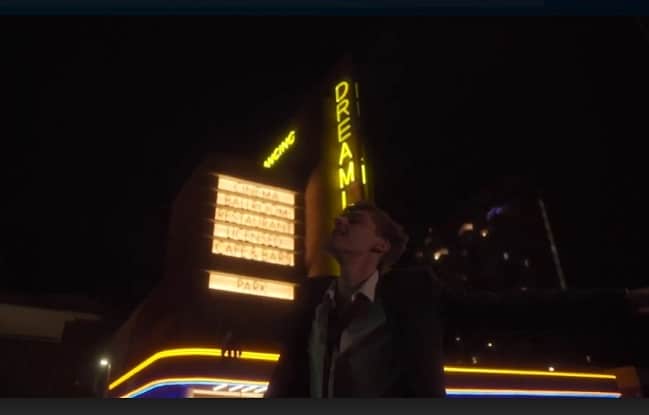 Talking about the video shoot in Margate bend member Alexi said: “Margate was such a wicked host for the 2:28am video, a beautiful coastal town with stunning outdoor/public locations.

“2:28am translates visually in our eyes to neon colours and bright lights and these were in abundance around Margate, from the Cain’s amusements arcade and Bugsy’s bowling to LIDO to the Dreamland building, every location had such an amazing visual affinity to the song.”

Liam Smith, creative director at Klaxon, said: “The band wanted to create something trippy with a narrative running throughout and that’s exactly what we delivered!

“The main theme running throughout the song is romance and we felt Margate would make the perfect setting for that. Each scene is shot in locations that emphasise the story and maybe take the viewer on a trip down memory lane, we wanted to use locations that give off that cliche “first date” look but after hours when there’s nobody around, again emphasising Alexi’s loneliness.

“Growing up in Thanet, it’s exciting to me to bring artists down from London and further afield to show off this picturesque town I call home and create video’s that highlight the iconic aspects of Margate.”