The sister of a man who died in Margate last August says the family have been left with many unanswered questions despite an inquest conclusion.

Dad-of-one Adam Huckle died at QEQM Hospital on Sunday, August 9, 2020. Paramedics had been called to a property in Tomlin Drive, Margate, that morning after Adam became unable to breathe but despite efforts at CPR he did not survive.

Adam,36, had stayed overnight at the flat belonging to friend Carl Ennis and his girlfriend Nicola.

An inquest held yesterday (June 7) gave a narrative conclusion that Adam had died of respiratory failure from pneumonia.

The Coroner’s court also heard Adam had a history of drug taking and paramedics had found two broken needles in his shin and drug paraphernalia in his bag. There had also been drugs in his system.

But sister Lisa Jarman says the family do not believe Adam injected himself between calling 999 and the ambulance arriving seven minutes later and say they are bewildered as to why he had been on the floor, stripped of his clothes, when paramedics arrived.

She said: “I heard the 999 call, Adam spoke to the call handler in clear distress, gasping for air.”

Lisa believes Adam’s life may have been saved if it had not been for the final dose of drugs but says how he was injected in such a short timeframe remains an unanswered question. She says the family also want to know where the syringes were from the needles in his shin, how paraphernalia had been packed away into his bag and why he had been stripped.

She said: “There are so many unanswered questions. So many hypothesis. My brain hurts and my heart hurts more.

“Yes he chose to be in that situation at that time. But surely a dying man doesn’t deserve to be stripped of his clothing and trainers?

“We will never get to the bottom of what happened. His friends said he told them he was attacked the day before but we don’t think that’s what happened. We don’t know why an ambulance wasn’t called when he turned up at the flat and was, they say, unwell, he didn’t have a methadone prescription so a vial found there that day wasn’t his. The police have said he probably didn’t inject himself but said it is not a crime to be injected by someone else. None of it makes sense to us.”

Adam had struggled with drugs since a young age but had also had periods where he managed to stay clean, get a job and flat and start to get his life back on track.

Lisa said: “The coroner ruled his death natural causes – not a drug death. We all know Adam was a drug addict, he chose that lifestyle.

“But he was clean of drugs when I gave birth to my eldest child, he was a very proud uncle. He stayed clean for 5 years and did it by himself, reducing his methadone until he was completely clean. He lived in Somerset with me for two years, worked, had a flat, girlfriends, I was so proud of him and he was proud of working and earning a living. 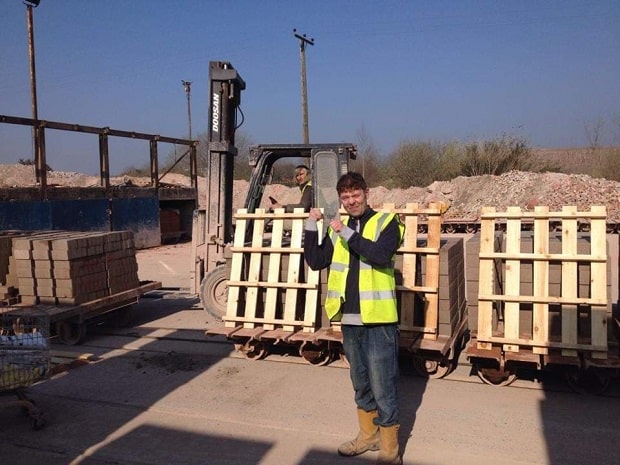 “He moved back to Kent in 2015 when he found out he was going to be a dad. He never believed he’d be good enough for his son, so he left and destroyed his life even more. Self sabotage really.

“The look of disbelief in his eyes when I told him he would make a brilliant dad was heart-breaking. He really felt he wasn’t good enough.”

Adam  had suffered trauma as a youngster and Lisa says she believes this impacted his feelings of self worth. He had also lived with ADHD and dyslexia.

She said: ““He was dyslexic and had ADHD. He saw a psychiatrist at the age of 13 but never had any help after that. In the GP report it says he suffered with PTSD after suffering physical and mental abuse (during childhood).”

But Lisa said her brother had also been talented, gentle and loved by many people.

She said: “He loved drum and bass and was a talented MC in his younger years. He absolutely loved music and art. He was a joker, the clown of the class. The school didn’t approve but he was loved by all the pupils.

“He loved nature and animals. He knew things about animals I’d never even knew existed. “He was like a little David Attenborough when he was young. Spiders, snakes and insects were his favourite.”

Lisa says the family feel they will now never know the entire circumstances of Adam’s death and feel there are no more routes to follow to find out.

The Forward Trust in Margate helps people who have issues with drugs and/or alcohol and want to make a positive change. They also support the family and friends of people who are worried about their loved ones substance use, or have been affected by it.