Four Margate women have conquered their mission to raise awareness of mental health and body confidence issues – by climbing Mount Snowdon dressed in just their underwear.

Abi Gentle-Spens, Maria Cairns, Lorna Turner and Cassie Davey originally booked to take the trip up Snowdon – the highest mountain in Wales at an elevation of 1,085 metres above sea level – as a way of relieving the pressures of being cooped up in lockdown.

But, over a drink once pubs were allowed to reopen outside service, the four decided they wanted to take the opportunity to make an impact and raise awareness of two issues close to their hearts.

Mum-of-two Abi said: “ We all have various reasons we hold mental health close to our hearts and wanted to do this. We talked about climbing it in our underwear and were a bit unsure because of body confidence issues but then decided we could do it.

“We don’t all know each other that well but are linked by mental health in one way or another, so we thought we would do it for charity.” 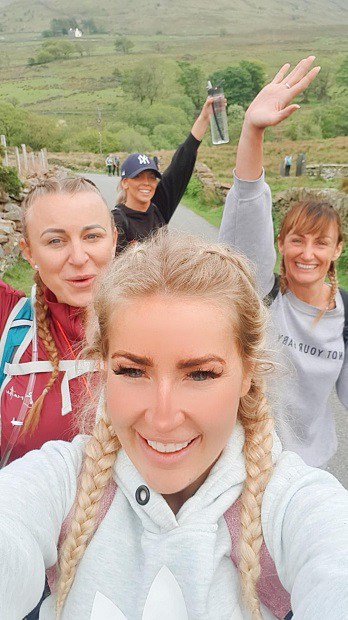 The group completed their climb on Saturday (May 29), taking four and a half hours to reach the peak.

Abi said: “As we were in our underwear we had been hoping for some sun. It was cloudy but we were actually hot the whole time and wondered how people were managing with all their clothes on!”

And they say the support they received from the public was brilliant. 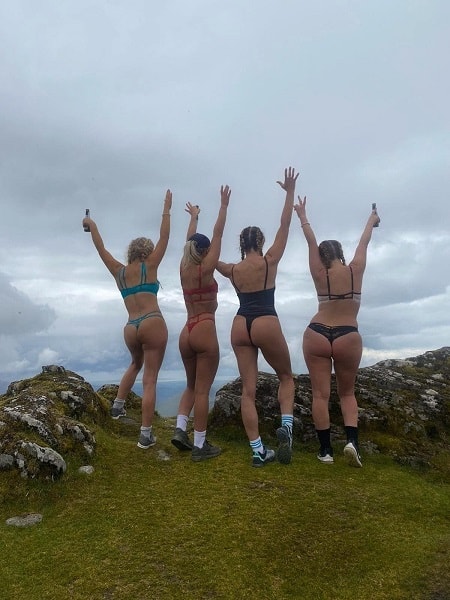 Abi said: “We had messages of support from people saying we have inspired them to think outside the box for charity fundraising. Others said we have helped them feel more body confident and able to be comfortable in their own skins. There were even mums that showed our posts to their daughters to promote body confidence and women owning their own bodies!”

The four say they still have a taste for fundraising adventure and are now planning to climb Ben Nevis and to do a charity bungee jump.

Rethink supports tens of thousands of people every year through a diverse range of mental health services and life-changing support groups. These are vital in helping people get through crises, live independently and recognise that they don’t have to face mental illness alone.

To make a donation and find out more click here