Thanet District Council has led a multi-agency operation leading to closure orders on seven commercial properties involved in the sale of cheap and illicit tobacco.

Yesterday (Thursday 27 May) at Sevenoaks Magistrates’ Court, the council was granted a Premises Closure Order for the premises in Thanet. This is the first time so many closures have been granted for commercial premises in one hearing. They will close down for the next three months to prevent further criminal activities taking place.

The shops, which have been the subject of repeated complaints and intelligence, will be boarded up with copies of the notices fixed to their premises and have their locks changed. Breach of a Closure Order is a criminal offence and can result in penalties of either an unlimited fine or imprisonment for up to three months or both. 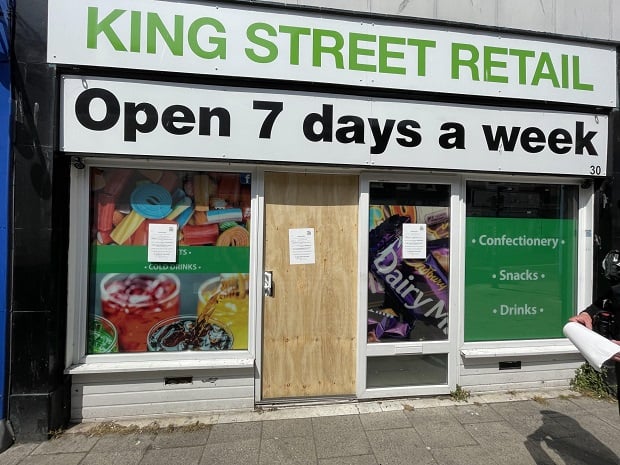 The closed premises are:

The premises have been visited a number of times since 2018 and illicit tobacco has been seized along with cash allied to this type of sales. In visits this year, some 66,860 cigarettes and 44.76 kg of hand rolling tobacco have been seized. 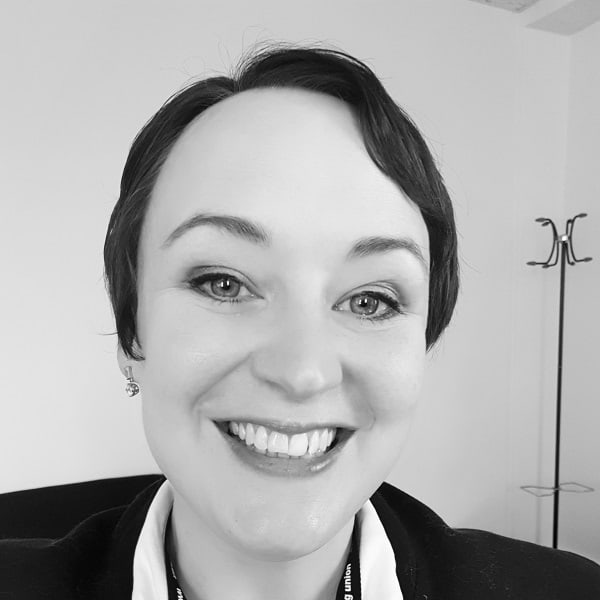 Cllr Helen Whitehead, Acting Leader of Thanet District Council, said: “We are committed to the fight against cheap and illicit tobacco and I’m pleased that the magistrates have shared our concerns about these premises and have agreed to the closure order.

“This should send a strong message to businesses not cooperating with authorities when it comes to making our district a better place to live. Illegal tobacco is not a victimless crime – it harms legitimate businesses and society in general due to tax not being paid, facilitates the supply of tobacco to underage people and supports organised criminal networks.

“I would like to thank all of the partners for their hard work on this operation as well as members of the public for reporting illegal sales. I encourage everyone to continue to do this and help reduce the harm caused by tobacco in our communities.”

District Commander for Thanet, Chief Inspector Rhiannan Pepper of Kent Police, said: “Officers from Thanet Community Policing Team have been investigating businesses across Thanet and have paid numerous visits to these shops to gather information and identify those suspected to be involved in criminal activity.

“Criminals will use shops as fronts to portray themselves as genuine businesses but very often their focus is on the illicit items they can sell from under the counter, rather than groceries and newspapers. They will even use food packaging to conceal tobacco on their shelves. The cash made from these sales will be used to fund organised criminal groups and can lead to further issues in the community and further afield. 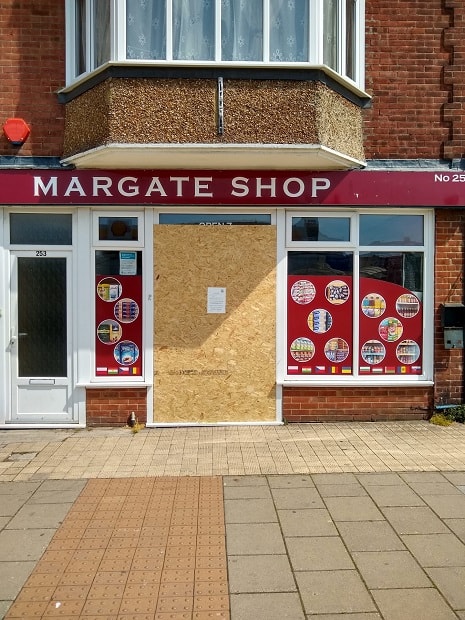 “We will continue to work with our partner agencies to tackle this issue and urge anyone who suspects illegal activity in their area to report it, as your information could help future investigations.”

“We are sending out the message that illegal tobacco will not be tolerated and just because the public have previously found it accessible, they should not consider it an acceptable part of their community.

“Property landlords are urged to carefully consider potential tenants as they stand to lose money from lost rent throughout periods of closure and/or face bills for repairs to damage at their property if they do not make sufficient checks on their potential tenants.”

The Closure Orders are against the commercial premises part of the property and will not impact on those persons habitually living in accommodation above the shops. 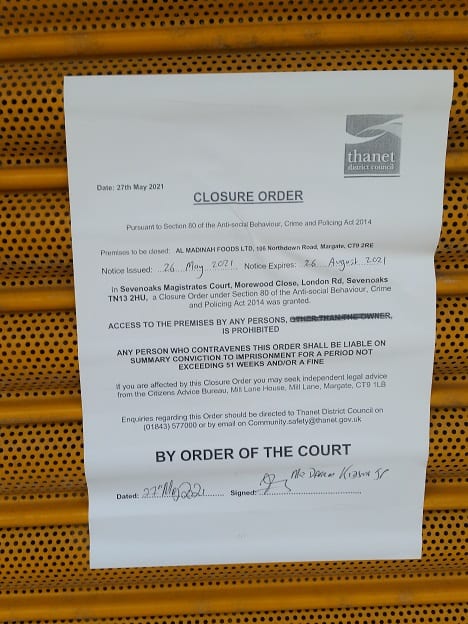 If you would like to report a trader selling cheap and illicit tobacco please contact the Illegal Tobacco Hotline on 0300 999 6 999 or report it at www.stop-illegal-tobacco.co.uk,  anonymously.