Billy Ocean is coming to Dreamland this Summer.

He is the biggest black recording star Britain has ever produced, one who has sold over 30 million records in his lifetime to date.

Born in Trinidad, Billy settled in London’s East End when just seven years old. The calypso crazy kid soon got turned on to soul singers like Otis Redding and Sam Cooke, as well as pop groups like The Beatles and The Rolling Stones, leading him to spend much of his study time in the music room.

Billy got his first break when he signed to GTO records, for whom his second single was the Motown-ish Love Really Hurts Without You, which reached No. 2 in the UK charts and No. 12 in the US. 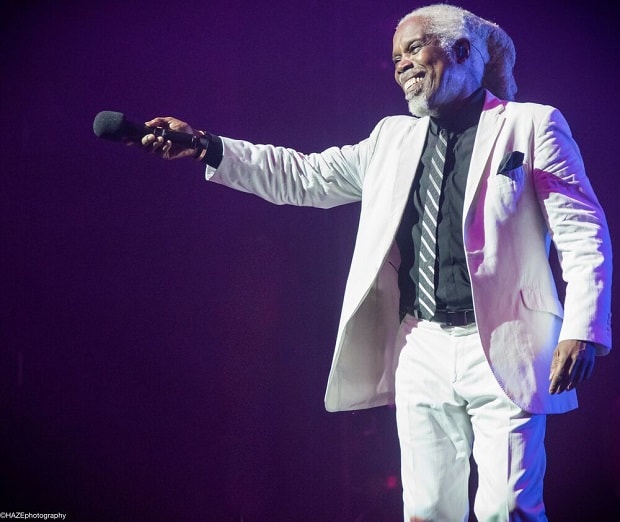 Two top twenty singles followed; Love on Delivery and Stop Me, then Red Light Spells Danger became a smash in both the UK and the US. Billy changed record labels and his move to Jive Records provided instant success, with the million selling American number one single Caribbean Queen (for which Billy won a Grammy for best R&B Vocal), followed by Loverboy, and Suddenly, which became the first of Billy’s killer ballads. The Album from which these singles came from spent a year in the US Charts selling double platinum (triple in Canada). Billy also performed on the American half of Live Aid, making 1985 a truly incredible year for him.

In 2018 Billy as part of his sell out UK tour , He played The Royal Albert Hall in London which he felt was a real landmark. Throughout 2018 and 2019 Billy continued to play shows around the world, and in 2020 he celebrated his 70th birthday, receive dan MBE in the New Year Honours list and released his 11th studio album ‘One World,’ which was his first new material in 10 years.

He comes to Dreamland on Sunday, August 22 and will be joined by special guest Rebecca Ferguson whose debut album Heaven, was released in December 2011

Tickets go on sale at 10am this Friday (May 28) via the Dreamland website.