An expectant mum from Margate has lodged a complaint against East Kent Hospitals Trust after spending days believing her baby could be born with a series of birth defects due to receiving a positive result for a virus infection because of a typing error.

Mum-of-two Rhia Le-mare visited a consultant on May 6 as part of maternity check ups at just under 27 weeks into her pregnancy.

During the visit she was hit with the news that 12 week blood tests had shown as positive for CMV (Cytomegalovirus infection) which is a herpes virus infection.

In pregnancy this can mean the virus travelling from a person’s blood into the placenta and infecting the unborn baby.

Rhia said: “They told me that this could mean complications, my baby might come out small and hearing and sight would have to be checked because CMV can cause deafness and blindness.

“They said they would take my blood again in case it was a false positive.”

CMV in pregnancy can cause a range of defects from the baby having a small head size, seizures and rashes to liver, spleen, and lung problems. There can also be sight and hearing loss and development and coordination issues. 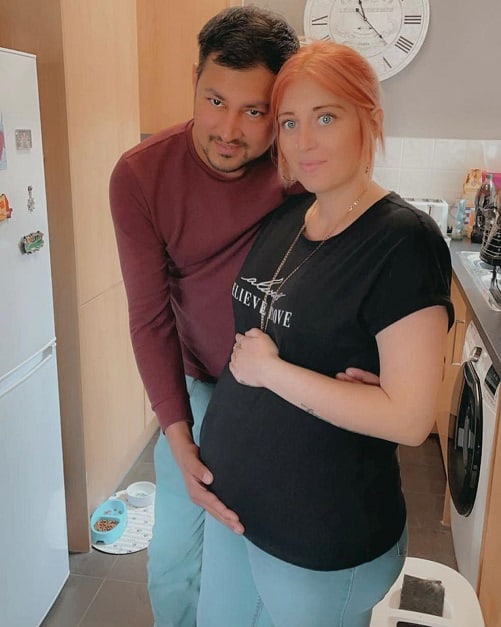 Rhia says she and her partner Raj – who will be a first-time dad – spent days of worry between the Thursday appointment and getting the new result the following Tuesday – then finding out the positive test was in fact a typing error in the microbiologist’s report.

Rhia said: “When I rung up the following Tuesday they told me I did not have CMV and that it had been a typing error so we were caused all that stress and anxiety all weekend because of a typing error.

“I have made a complaint to PALs and the midwife said she was putting in for an investigation.”

Rhia, who was godmother to baby Luchii Gavrilescu who lost his life in December 2019 aged 6 weeks old following a failure to diagnose and treat both him and his dad Vlado for tuberculosis, says she has opted for a home birth with her ‘brilliant midwife and home birthing team’ rather than go into hospital.

East Kent Hospitals chief executive Susan Acott said: “We are very sorry for the distress that has been caused by this error. The laboratory has made changes to help prevent something like this from happening again.”

East Kent Hospitals Trust is currently the focus of an independent inquiry over its maternity services following a series of ‘avoidable’ baby deaths, including seven day old Harry Richford in 2017.

In that case the Trust has been prosecuted by the Care Quality Commission and pleaded guilty to a charge of failing to discharge its duty to provide safe care and treatment, resulting in avoidable harm, in the case of Harry and his mum Sarah. Sentencing for this – which can be an unlimited fine – will be on June 18 at Folkestone Magistrates’ Court before Judge Barron.

A police enquiry is also underway believed to centre on the possibility of opening a criminal investigation and bringing charges related to corporate manslaughter and/or gross negligence manslaughter.

The independent inquiry, headed by Dr Bill Kirkup, is to examine the management, delivery and outcomes of care provided by the maternity and neonatal services at East Kent University Hospitals NHS Foundation Trust during the period since 2009.

The Independent Investigation will aim to complete its research by Autumn 2022.