A fundraiser has been launched to help with a project to combine art installations and nature at Westbrook’s Sunken Garden.

The Sunken Gardens will take centre stage in the Margate Now 2021 festival this autumn.

Anna Colin will be the festival’s guest curator of a contemporary art programme informed by ecology, botany and community from September 25-October 10.

Launching as Sunken Ecologies, Anna’s programme for the festival takes on the human-made natural environment. It centres on the Sunken Garden, designed and landscaped in the 1930s. During the festival, the garden will be a centre for botanical, social and speculative investigation, and a space to present artworks, and reclaim or reimagine green spaces.

As part of this Margate Now and the Sunken Garden volunteers have joined up to commission functional artworks for the space.

Artists Nicolas Deshayes, Lindsey Mendick and Olu Ogunnaike will design and create a gate for the Hermit’s Cave, a compost bin and a bench.

The aim is to encourage community action after the long period of covid isolation.

The sculptures will be nature-inspired and will help make the garden an even more enjoyable place to meet, meditate and socialise.

The fundraiser, which has a target of £27,975, will be used for the creation of a storage facility in the Hermit’s Cave, which will be closed by a gate designed by Nicolas Deshayes; a compost bin for the Sunken Garden, imagined by Margate’s Lindsey Mendick; new, bespoke seating created by Olu Ogunnaike; a logo and signage for the Sunken Garden Society, designed by Ramsgate’s Molly Pickle and a noticeboard and website for Sunken Garden for visitors and users to keep up to date with news

The Margate Now fundraising page states: “The Sunken Garden Society was formed to bring love and life back to the Sunken Garden, which had become abandoned and overgrown.

“The group of dedicated volunteers has been restoring this free outdoor space to make it more beautiful and welcoming not just to visitors, but also to bumblebees and wildlife. We’re keen to welcome and train more volunteers as part of this sculpture garden project.

“This collaboration between two local organisations dedicated to nurturing creativity and nature provides a unique opportunity for the garden to be better equipped, to integrate art into its ecosystem and create new forms of interaction with visitors and users of the garden. It further offers the artists a rare opportunity to bring function into their work and a unique permanent public setting for it to exist in.

“Key to the project is the creation of a sustainable and considerate dialogue between art and nature, and the continued provision of a welcoming and soothing refuge for everyone.”

The crowdfunder, launched at the end of May, needs to reach its target by June 30.

This month will involve the artists drawing up plans and specifications for delivery of each functional sculpture which are then expected to be ready and installed at the garden in September.

The programme for Sunken Ecologies will also include walks, texts and sounds inspired by the garden and Thanet’s broader human-made natural environment. Outdoor and online talks and intimate events take place on the three weekends of the festival (25-26 September, 2-3 and 9-10 October 2021).

Find the fundraising page at www.spacehive.com/sustainable-public-art-for-sunken-garden 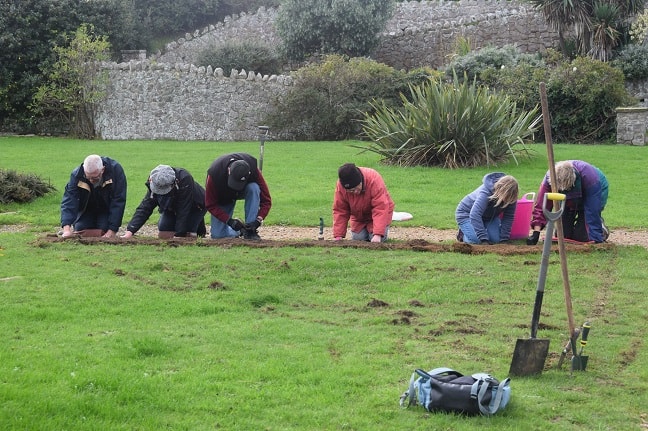 The Sunken Garden Society looks after the space which is.a haven for bees and other pollinators.

After its creation in the 1930s the Sunken Gardens was a popular and well-kept visitor attraction. During the 1990s, council cuts meant the gardens could not be managed as they had once been and they entered a period of neglect. Shrubs became overgrown and the flower beds were bare. Littering and anti-social behaviour became issues for this once well-loved and cared-for space.

He learned about the ‘Making a Buzz for the Coast’ project and importance of the local area for rare bumblebees and plans for the project to provide bee-friendly plants to enhance the gardens for pollinators. Peter realised the gardens had no associated volunteer group so set about forming the society with the aim to revive and restore them. 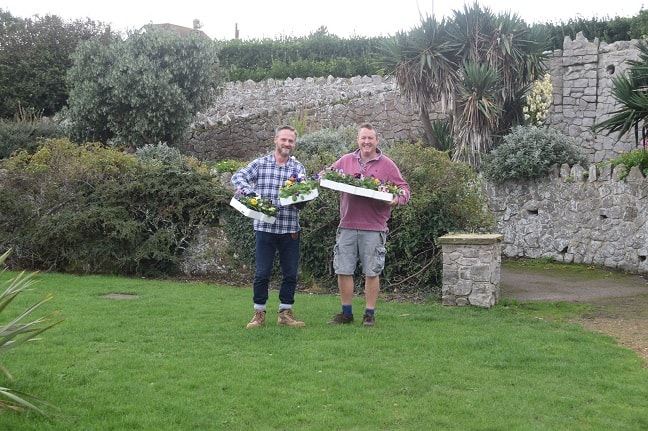 The SGS has a dedicated committee supporting the work of the society and planning for the future. Monthly task days (pre-covid) regularly attract between 20-30 volunteers for planting, tidying and litter-picking tasks with training provided in horticultural skills by Peter and bumblebee identification and ecology by the BBCT. Volunteers have contributed well hundreds of hours to practical management. 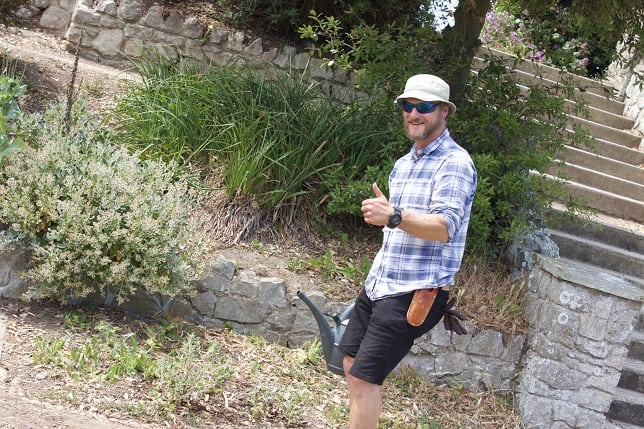 Their efforts have been recognised with a clutch of awards including a Bronze level from the Kent Wildlife Trust ‘Wild About Gardens’ scheme, runner up in Kent Life magazine ‘Best Community Gardens’ and a Level Five ‘Outstanding’ by the Royal Horticultural Society/Britain in Bloom ‘In Your Neighbourhood’ scheme.

SGS volunteers also walk a monthly bumblebee monitoring transect (BeeWalk) in the garden and surrounding area. All common and widespread bumblebee species are recorded on the route.

The Sunken Garden Society can be found on facebook here